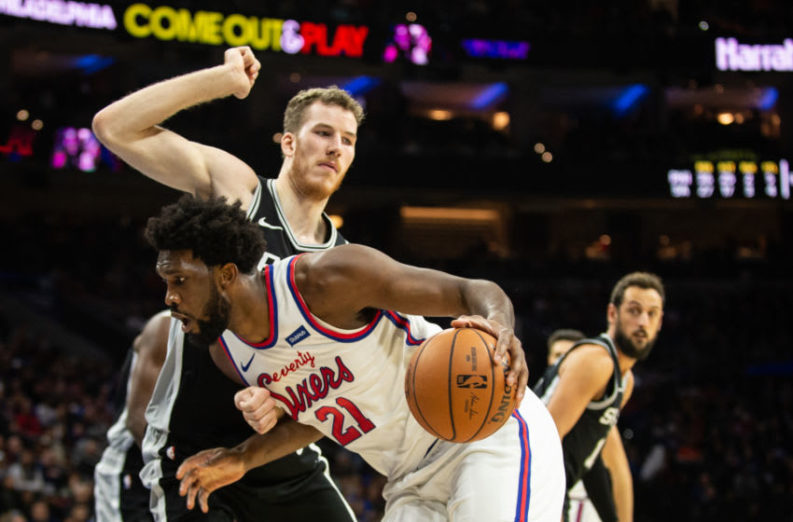 Upon the release of the San Antonio Spurs’ schedule for the NBA’s resumption in Florida, they might actually have a chance at making the postseason.

Picture this: After struggling all season to figure out their identity as a team, the San Antonio Spurs defy the odds by earning the ninth seed and winning a brief play-in tournament with the eighth seed to extend the playoff-streak to 23. Sounds outlandish, right? But there’s a chance it could become reality given their official schedule.

It’d take a focused effort and a lot of luck, but the Spurs’ opponents are officially set and their remaining schedule isn’t as daunting as some may have feared. Head coach Gregg Popovich has strategized well against a handful of the teams that the Spurs have to tackle once they return in July and have counters for others.

The Spurs’ 8-game schedule beginning at the end of July is as follows:

It’s certainly going to be an uphill battle, but it’s not outside of the realm of possibility for San Antonio to compile a winning record to secure that ninth seed and take on the eighth seed to enter the postseason. Luckily for them, they’ll have a chance to take a game off of three of the teams they’re competing with along the way.

At first glance, the Utah Jazz are the team for San Antonio to take advantage of. Like the Spurs, they lost a player for the remainder of the season — forward Bojan Bogdanovic, who averaged a career-best 20.2 points per game before undergoing surgery. The Spurs managed to take both of their games against Utah in some of DeMar DeRozan and Dejounte Murray‘s best performances of the season. If they can sweep the season series, that’d put them well on their way to success.

There are also three inner-division games against Houston, Memphis and New Orleans. Despite being fourth in the Southwest, the Spurs have an even 3-3 record against those familiar foes. Each of these games could be considered a toss-up and after an extended hiatus from league-play, it wouldn’t be unlikely for the Spurs to pull out some wins.

Sacramento, Philly and Denver are three teams to be nervous about with the highest chance of thwarting this comeback. The Kings are a feisty team with athleticism, quickness and shooting that have been effective against the Spurs in recent years. That game is going to be crucial for Murray and the team’s young guards to prove that they can match Sacramento’s youth.

As for Philly and Denver, size is key here. At least with the Nuggets, San Antonio can draw on the strategy that helped them push their first-round series to seven games just last offseason. We don’t know what All-Star Nikola Jokic is going to play like now that he has dropped weight, which throws another unpredictable factor in for a team that struggled before the break.

The Sixers are the most difficult challenge the Spurs have to face in their 8-game mad dash at Walt Disney World. They have three of the world’s greatest defensive players in Joel Embiid, Ben Simmons and Matisse Thybulle along with great spacing and familiar coaching. San Antonio could counter them with their young guards, a firestorm of triples with rapid-paced ball movement and a paint monster in center Jakob Poeltl.

Next: Three transactions to consider before the season resumes

Like It said, it’s a longshot, but there’s a world where the Spurs actually snag that eighth seed.