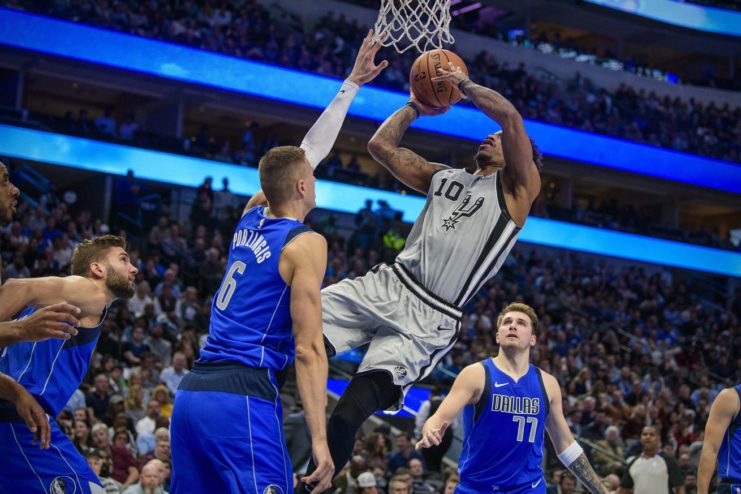 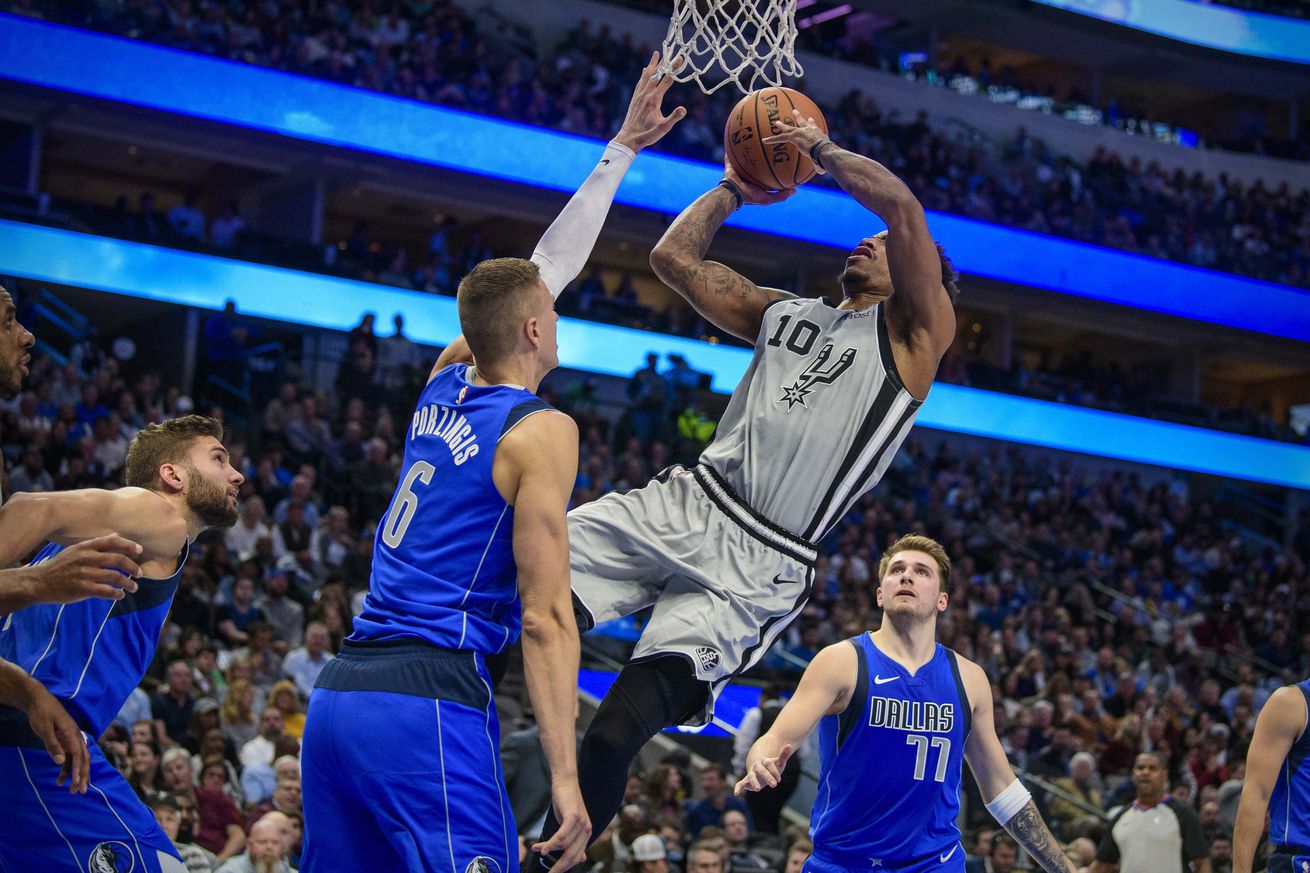 The construction on I-35 highway from San Antonio to Dallas may never be finished, but the NBA’s I-35 rivalry remains as competitive as ever.

Seeking to snap a five-game not-winning streak, the Spurs’ wild comeback came up short as they fell to the Mavericks, losing their sixth straight 117-110. Luka Doncic had a triple double (42 points, 11 rebounds, 12 assists) and Dorian Finney-Smith paced the Mavericks with 22 points.

The good guys were down huge early on but battled back behind the gritty theatrics of DeMar DeRozan, who led the Spurs with 36 points while LaMarcus Aldridge had 16.

For the Mavericks fans’ perspective, head on over to Mavs Moneyball.

Next, the Spurs play the Washington Wizards on Wednesday, November 20th. Tip-off will be at 6:00PM on Fox Sports Southwest.