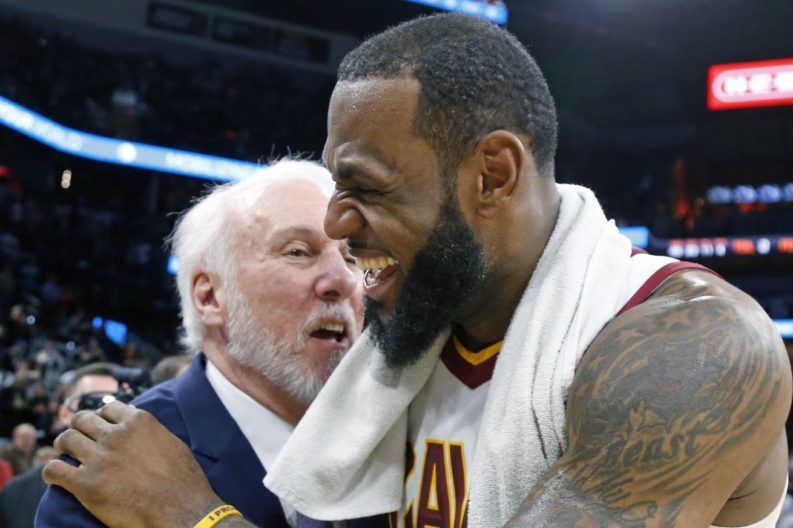 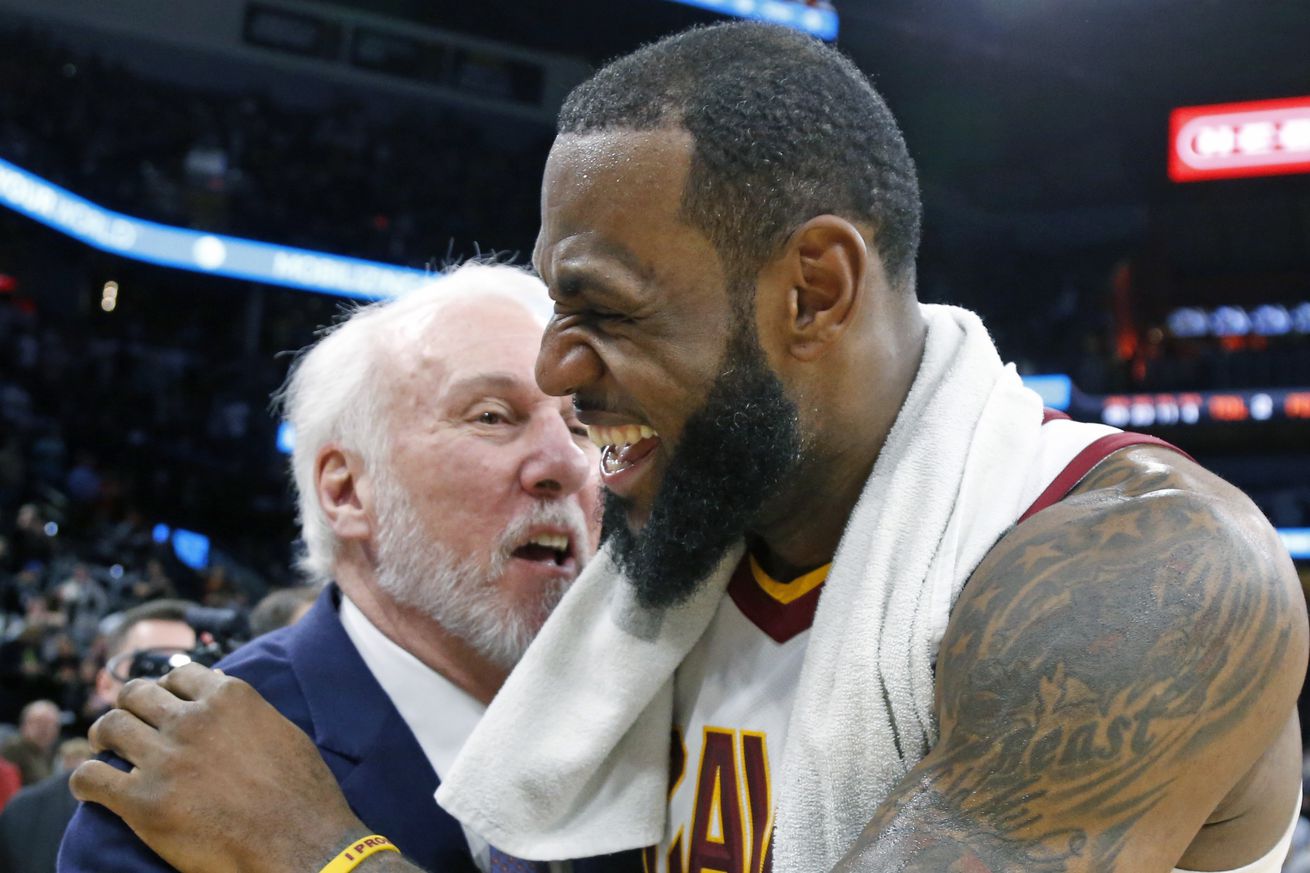 This could be interesting.

The NBA season officially ended Friday night, and while free agency doesn’t begin until July 1, that doesen’t stop people from talking about where free agents will sign. When one of those free agents is LeBron James, the talk goes into overdrive.

While James himself is insistent he doesn’t know what he plans on doing this summer, most agree he is likely leaving Cleveland. He also mentioned in his press conference after being swept out of the Finals that he wants to do what’s best for his family while remaining in championship contention.

Teams that have been most frequently mentioned as destinations for one reason or the other include the Lakers, Rockets, and 76ers. The Spurs have rarely been included in these conversations, and even when they have it’s been just a passing mention due to the known respect between James and Gregg Popovich.

However, according to The New York Times’ Marc Stein, “sources” have told him that Pop plans on at least trying to persuade James to come to San Antonio:

I’ve also been advised that the ever-persuasive San Antonio Spurs Coach Gregg Popovich is bound to try to force his way into the conversation to sell James on the merits of South Texas.

While the odds that he’ll come here still remain pretty slim, and the Spurs would have to pull off some serious cap-room magic to make it happen (especially if Kawhi Leonard re-signs for anything near the super-max), odds are if nothing else, James will at least listen to Pop, even if it’s just out of respect. And once Pop starts talking … anything is possible.