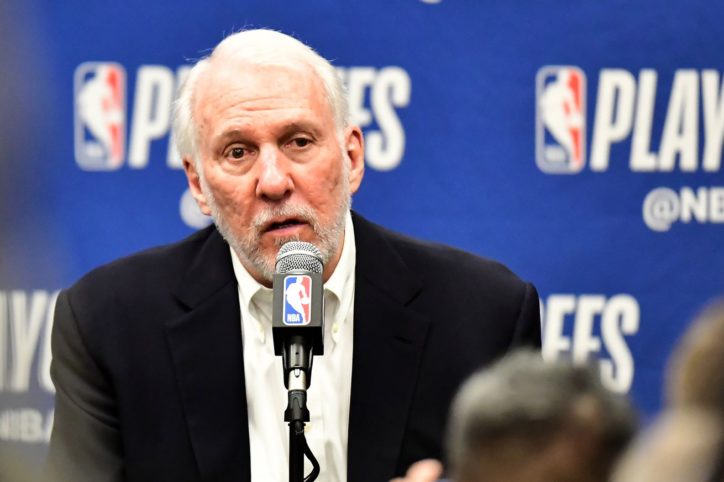 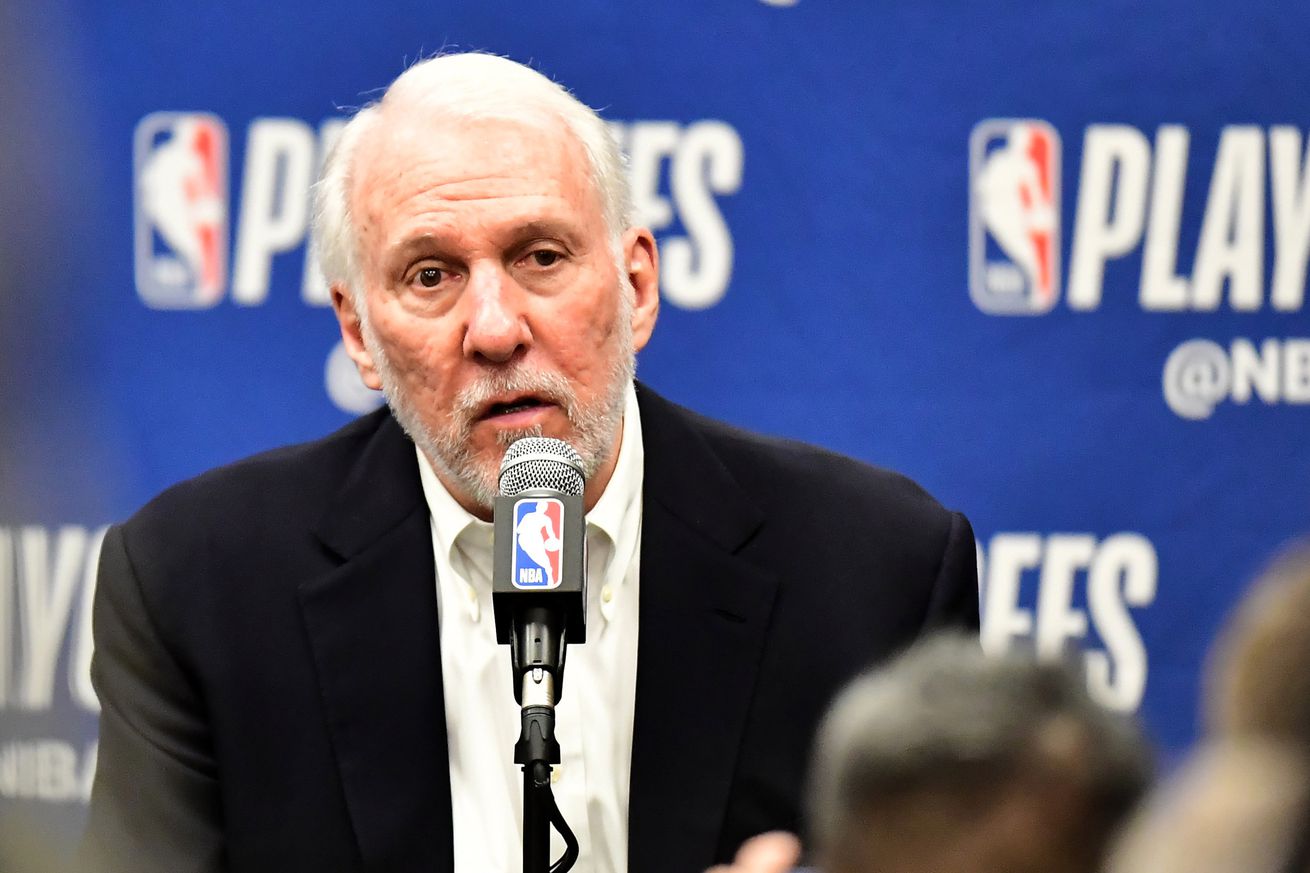 Perhaps a silver cloud to the 2019 season ending is bringing back Pop for 2020.

After last night’s disappointing end to their 2018-19 season, head coach Gregg Popovich — whose current contract expired with the final horn — was asked if he was likely to return to the Spurs next season. The journalist mentioned that the make up of the Spurs was more or less going to be the same.

Pop took the opportunity to correct the questioner and point out that the team would look different due to the return of Dejounte Murray. And then he totally passed over the question on whether or mot he would return.

Today, Mike Finger of the San Antonio Express News said a Spurs staffer told him there was “no doubt” that the Spurs head coach would be returning for a 24th season.

I expect Popovich to come back, and one Spurs staffer said late Saturday night he had “no doubt.” Popovich’s contract expired at the buzzer of a 90-86 loss to Denver that began with ineptitude and ended with befuddlement, but I expect him to sign a new one, because this is what he does, and he still believes he can make this flawed team better.

Hopefully Spurs fans won’t have to wait too long for an official announcement, but then again we know how tight-lipped the franchise is about contracts and negotiations, so we’ll just have to wait.

Report: Gregg Popovich is expected to return to the Spurs next season
Source: Pounding The Rock