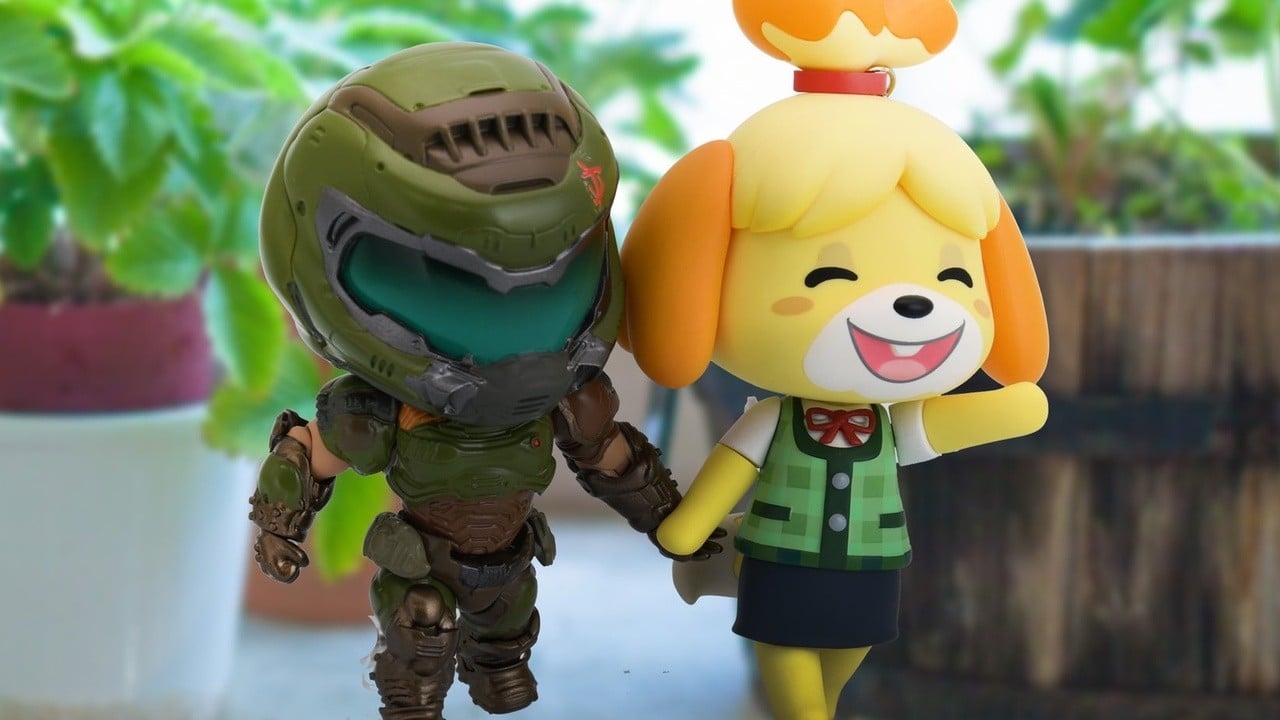 Perhaps the most unlikely duo in 2020 was Doomguy and Isabelle. It all started when DOOM Eternal got delayed until 20th March, knocking the release date back to the same day as Nintendo’s Animal Crossing: New Horizons.

The internet thought it was a match made in Heaven (and Hell) even if the two game worlds were far apart, and Animal Crossing’s game director Aya Kyogoku praised the unity of the two fanbases – mentioning how thrilled she was to see this type of communication.

With all this in consideration, it only seems fitting the characters from these two insanely popular games say goodbye to 2020 and see in the new year together, and so they did on the official DOOM Twitter account. At the time of writing, the tweet below has racked up well over 100,000 likes. In case you’re wondering, these figures are Nendoroid.

While some fans were hoping to see the games perhaps make reference to each other when they released, and some others are still calling for Doomguy to be added to the Smash Ultimate roster as a DLC fighter so he can be reunited with Isabelle, it seems like 2020 might be the end of the road for this powerful crossover.

Did you play Animal Crossing: New Horizons and Doom Eternal on the Switch last year? Leave a comment below.