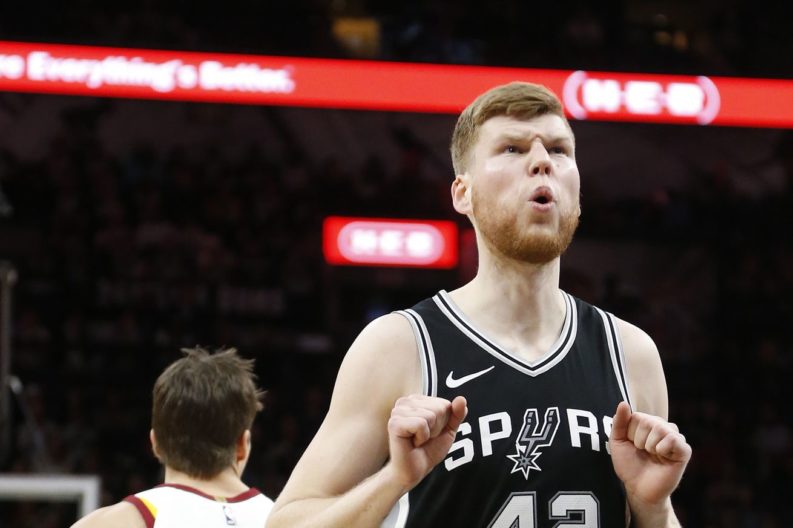 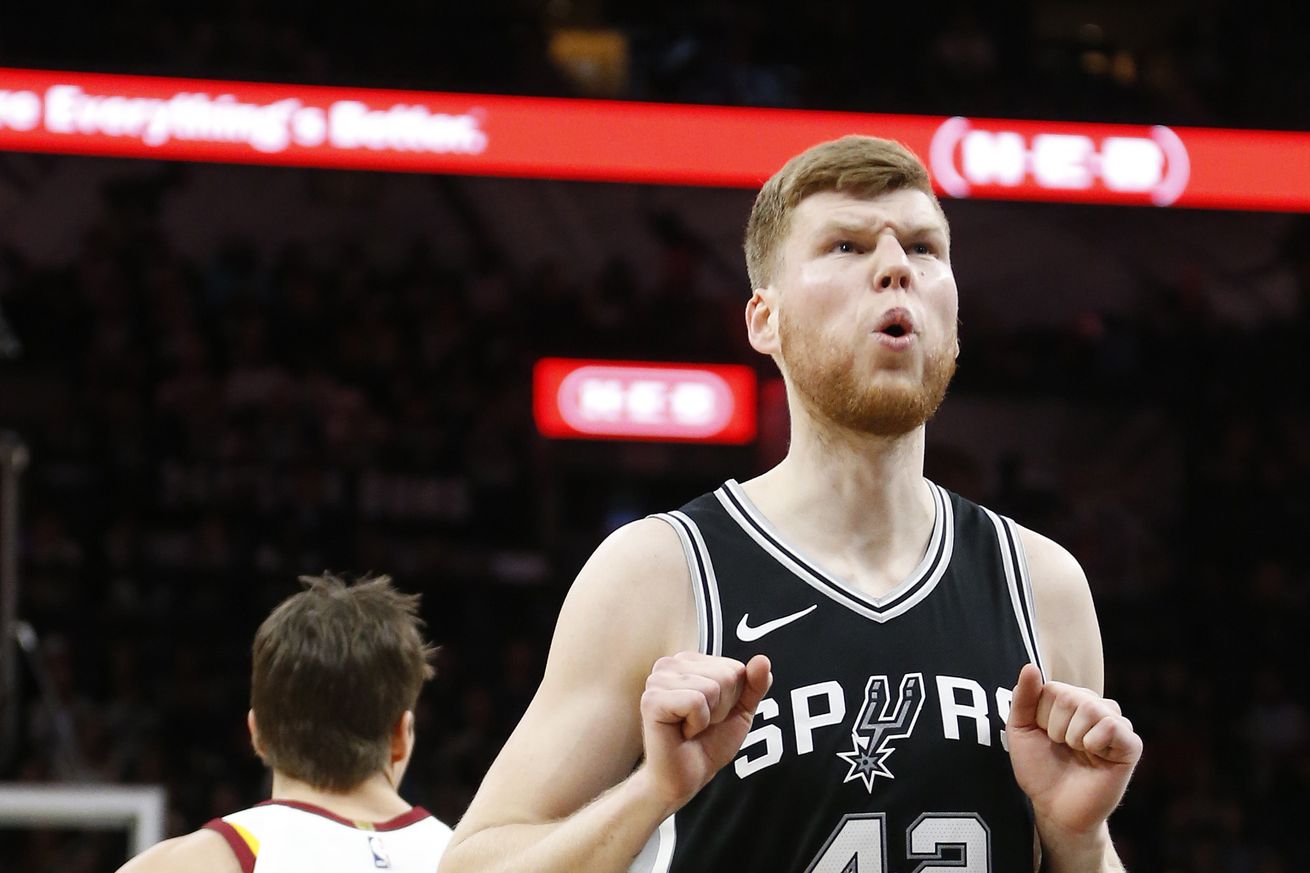 With a new contract comes a greater commitment from the team. Here are a few ways the Spurs can fully unleash the 6’10” Latvian sharpshooter.

There is much uncertainty surrounding the 2018-19 Spurs, but this week’s Davis Bertans signing at least ensured that the onomatopoeian ecstasy of the Latvian’s lasers will be more rampant than ever.

Bertans is a walking Mike Breen soundbyte generator, a player whose entire existence —contrary to his height, in spite of the number of digits on his shooting hand, and regardless of how far he is from the basket— is predicated on bombing away from deep. He’s comfortably led the team in three-point rate in each of his first two seasons in San Antonio, and the front office’s commitment of $14.5 million suggests he’ll be more than a wild-card option in the years to come.

For Bertans devotees, this feels providential. The forward has always been more than a one-trick pony — he has a high basketball IQ, attacks closeouts well, and shot a higher percentage inside the arc than anyone else on the team in 2017-18— but a crowded frontcourt and need to improve his rebounding and defense limited his opportunities to get on the floor (he plays on a Gregg Popovich team, after all). All three factors appear to have trended in the right direction for a greater role in 2018-19.

Still it’s on offense that Bertans shines, with a combination of limitless range, quick release, and ability to shoot on the move that makes him a unique weapon in the positionless NBA.

Last season we saw the Spurs’ playbook open up to the possibilities that his size and skillset unlock. Want to use him as the second big in drag screen action? BANG.

Want to punish defenders for doubling down on LaMarcus Aldridge? BANG!

How about popping out after operating as an off-ball screener? BANG. BANG.

Want him to pull up off a dribble hand-off? SPLASH!

How about sprinting to a spot and shoot off the catch like few players his size can do? KRRRRRRPOW-POWWWWW.

As the roster stands, Bertans could be the first or second player off the bench or a situational starter. Next year’s roster doesn’t make a load of sense, but he does. He’s a good small-ball fit alongside Aldridge or tall-ball alongside Rudy Gay, and has already shown great chemistry with starting point guard Dejounte Murray, who assisted him on more baskets last year than any other Spur (30). The two also put up a +12.2 net rating when sharing the floor, which isn’t surprising when you think of the way their strengths complement each other.

We don’t yet know exactly what kind of team to expect next season, but the anticipation for even more of Bertans doing what he does best, and the myriad ways those opportunities can be created, is at least one cause for sincere, vocal excitement among the fanbase.