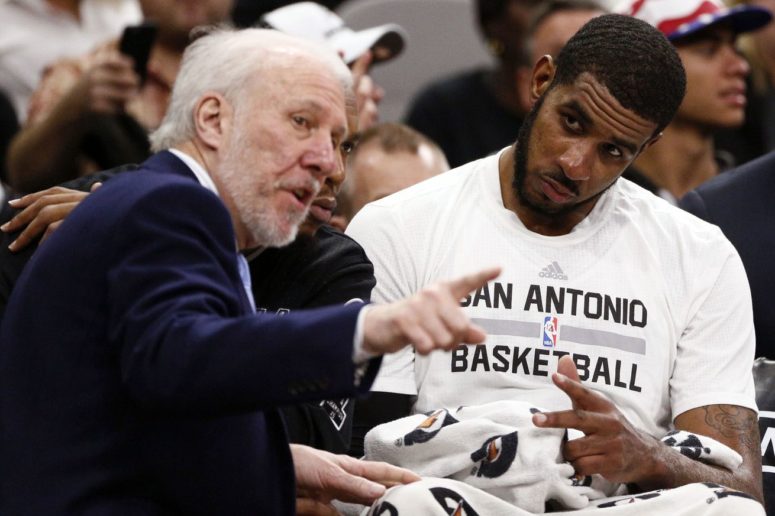 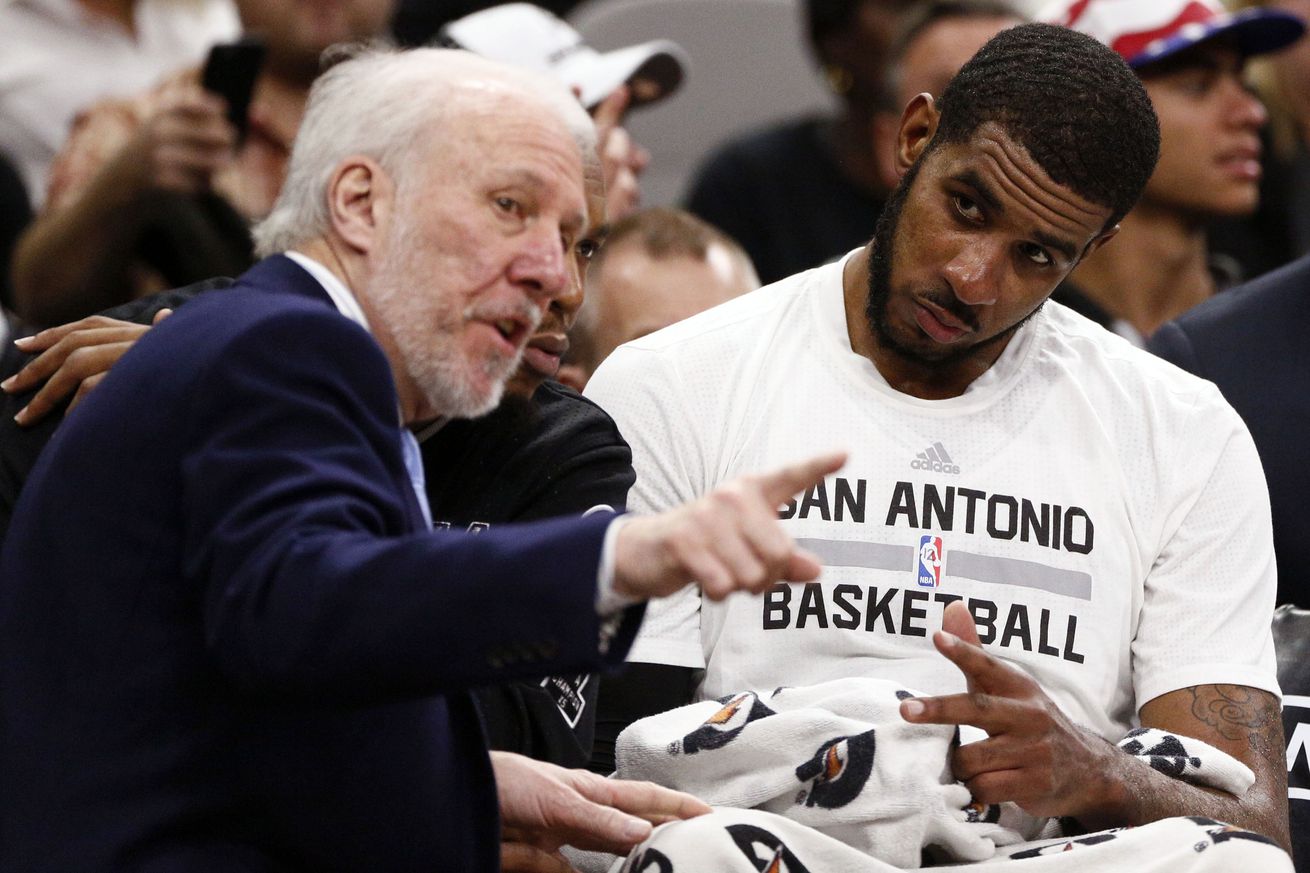 Gregg Popovich discussed speaking with the reportedly discontent Aldridge over the summer and how he may have been wrong in his initial approach to integrating the All-Star forward.

On Monday, Spurs big man LaMarcus Aldridge inked a three-year $72.3 million dollar extension to stay in San Antonio through 2020-21. On Wednesday, speaking before the season-opener against the Minnesota Timberwolves, Spurs coach Gregg Popovich was asked about Aldridge, his impressive preseason, and how he could’ve done a better job of integrating the All-Star forward after he joined the team in 2015.

Here’s the full quote from Pop:

“I did talk with him several times over the summer. He just didn’t feel comfortable — and it was 98.75% on me. But I tried to change him. I thought back to when Timmy came and people asked me ‘What are you gonna do with Tim Duncan?’ I said nothing. I’m just gonna watch him for 6 months and see what he does. He’s a pretty good player. LaMarcus, he got here on day one. I said OK you’re gonna do this; you’re gonna do this pump fake — I tried to change him. I tried to make him a different player. I think that really affected his ability to feel comfortable and confident on the court. And we took care of that, basically by me, letting him know that were gonna do it differently and that it was on me, and not on him.”

“The sooner those things are taken care of the better, so you have continuity, a sense of normalcy and you don’t have distractions. Getting that agreed to and being stable is really huge for us, especially with Kawhi out.”

Aldridge has indeed been terrific in the preseason, looking more settled in year three with the Spurs and rid of some of the distractions that held him back in recent years, including the heart arrhythmia, which held Aldridge out of multiple games and may have impacted the shape he was in. Not the case this year:

“It’s the best preseason since he’s been here,” Pop said. “He had the heart thing last year, so he gained weight. He came ready mentally and physically this year.”