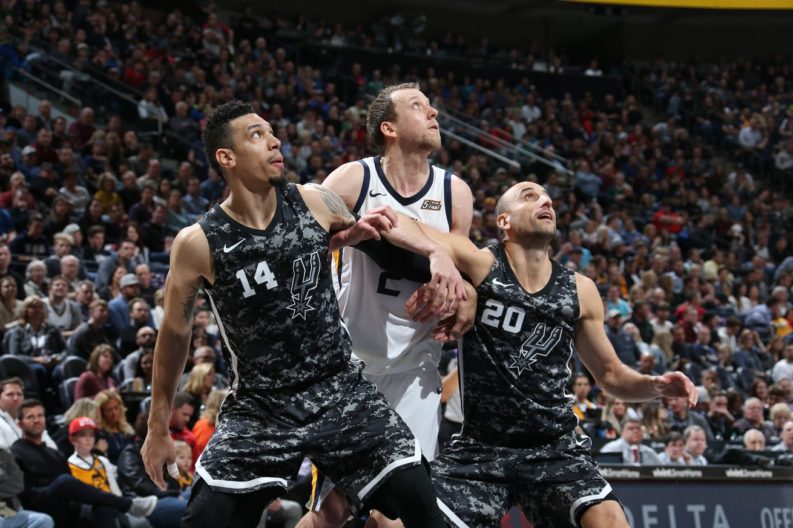 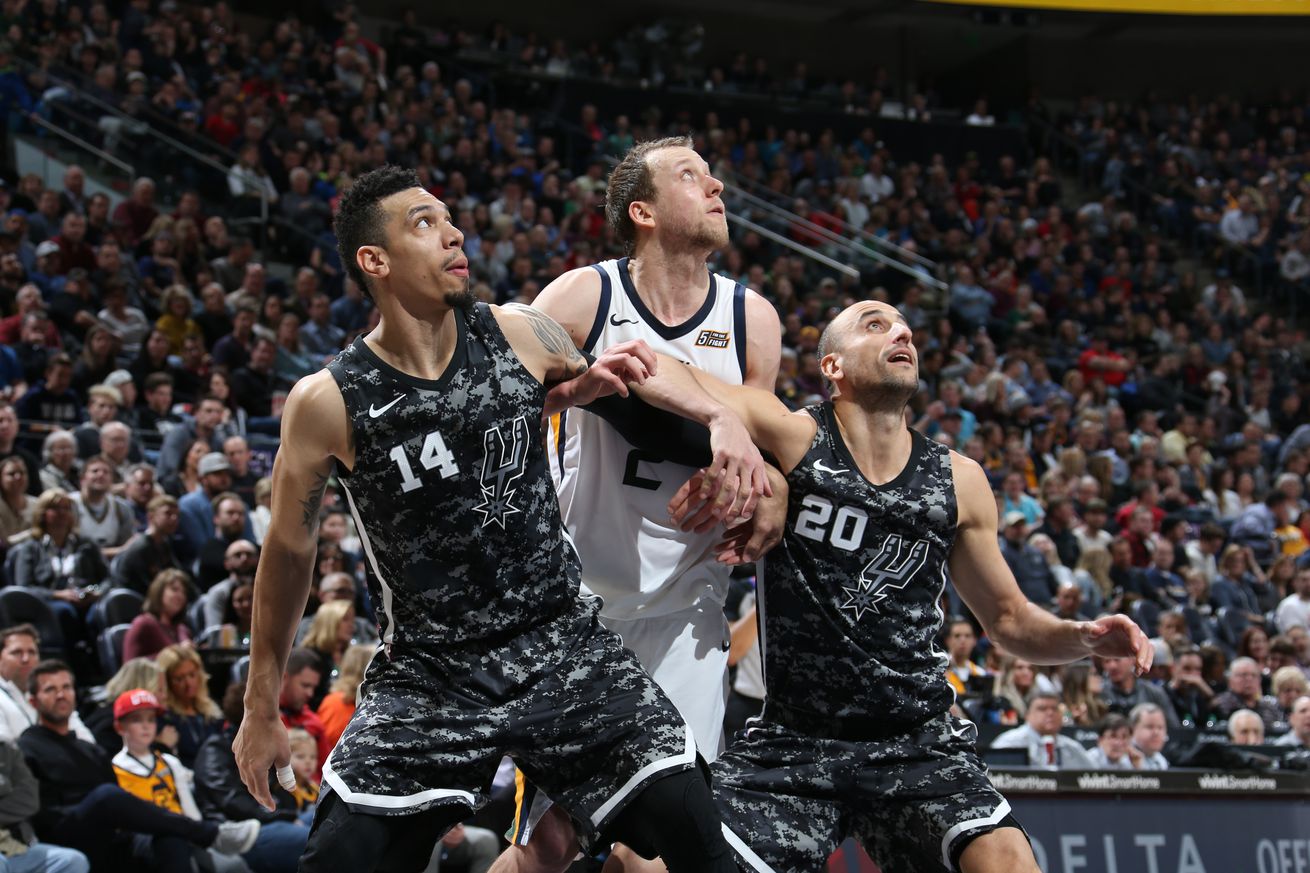 The ever-injured Spurs had their chances to end the big winning streak that the Utah Jazz are threatening to ride into the playoffs, but ultimately couldn’t get enough stops or buckets down the stretch to seal the deal. While a road team missing LaMarcus Aldridge, Rudy Gay and Kawhi Leonard has no business nearly beating a hot playoff team, it’s still a frustrating loss for a Spurs team looking to regain any semblance of their former mojo on their annual rodeo road trip.

The opportunity was there for the taking. The Spurs missed seven free throws in a game decided by a bucket, they had a 13-point lead late, they responded well in the second half after looking overwhelmed in the first, and the Jazz looked a little out of sorts once the Spurs clamped down on defense. It was a frustrating loss.

As we’ve seen over the last 10 months, the Spurs’ margin for error shrinks considerably without their best player healthy. Against the better teams in the league, the cracks begin to show in a roster built around maximizing players in specific roles. The young and feisty Utah Jazz deserve credit for exposing a squad limping into all-star break.

Even in a loss, Spurs fans have plenty to feel good about, particularly the way the young guys responded to getting punched in the mouth early in a road game. The Jazz had an opportunity to run away with the game late in the second quarter, but the Spurs slowly found their resolve, and the young guys showed no fear when attacking perhaps the best rim protector in the league in Rudy Gobert.

Dejounte Murray was arguably the best Spur tonight and some of his best work came head-to-head against Rookie of the Year favorite Donovan Mitchell. As they matched up at the point guard position from opening tip, DJ immediately showed his defensive chops by blocking Mitchell’s jumper. As expected, Mitchell found ways to score the ball, but he needed 28 shots to reach 25 points, and a lot of credit should go to Murray for making him work.

On the offensive end, DJ got his shot swatted into the stands by Derrick Favors and a floater stuffed by Rudy Gobert, but that didn’t stop him from staying aggressive. He had opportunities to put the jets on in transition, he confidently dribbled into pullup jumpers, and he found open teammates all over the court.

Davis Bertans also had an impactful evening against the Jazz, and he provided more evidence to believe that he could be a useful rotation guy come playoff time. When given the chance, Bertans ran in transition with DJ, resulting in a dunk and a 3, and on defense, he showed a little bit of rim protection and athleticism, as he swatted three shots and challenged everything near the rim that he could. Teams are going to attempt to bully him when he’s matched up with brutes down low, but he has shown a willingness to push back.

The last possession of the game fell apart at the hands of Kyle Anderson attempting to go one-on-one, but his presence on the floor is one of the only reasons the Spurs were in the game by the end. At 6-9 with an impressive wingspan and an unorthodox speed, Anderson has been somewhat of a befuddling cover for some of the best defenders in the league, and he had a strong second-straight scoring game, finishing with 16 points. His playmaking and ability to create a shot out of nothing has been a remarkable development in his game, and has become something the team can lean on most night.

Though they are not a part of the young nucleus, old timers Danny Green and Pau Gasol also had big contributions worth mentioning here, and I’m now going to do that.

Though it was a bit confusing to watch Joe Ingles rain from deep and Green defending almost any other player on the perimeter, Danny found moments to change the game in ways that Danny Green is prone to do. Perennially underrated, Green had an impressive block on Mitchell after he seemed to have been beaten off the dribble and he drained a heavily contested 3 later in the fourth despite apparently missing a fingernail on his right thumb. He is not a star, he not the best perimeter defender on the team when everyone is healthy, but he is the glue that keeps everything humming along.

Despite being somewhat alone down low against the big, athletic, agile big men of the Jazz, Pau Gasol played a very effective game Monday night, finishing with a 15-15-6. He was prominently featured in the offense, picking apart a stout Utah defense with timely passes to cutters all over the floor, and using his length and touch down low to finish over players attempting to block every shot. It can be difficult to assess his value against teams that play small and fast, but the Jazz are one of the teams in the league that offer him a player to match up with and exploit.

Despite the loss, the Spurs have to feel good about looking like a different squad by the third quarter. They perked up on both ends of the floor after a somewhat forgettable start, and all you can ask for is to see the team fight on both ends. On to Denver.

-My wife asked if Dejounte Murray’s ankle was healthy right before he swiped a pass and threw down a one-handed dunk on a fast break. It was cool.

-Pau had several passes over the top of the Jazz defense that resulted in layups or good looks near the hoop. His passing alone is worth a handful of excellent looks each game.

–Joffrey Lauvergne did a nice job finishing floaters and battling on the boards in his minutes against the Jazz. It is easy to overlook how nice it is to have a quality big man deep on the bench.

-Murray vs. Mitchell is going to be a fun one for the foreseeable future.