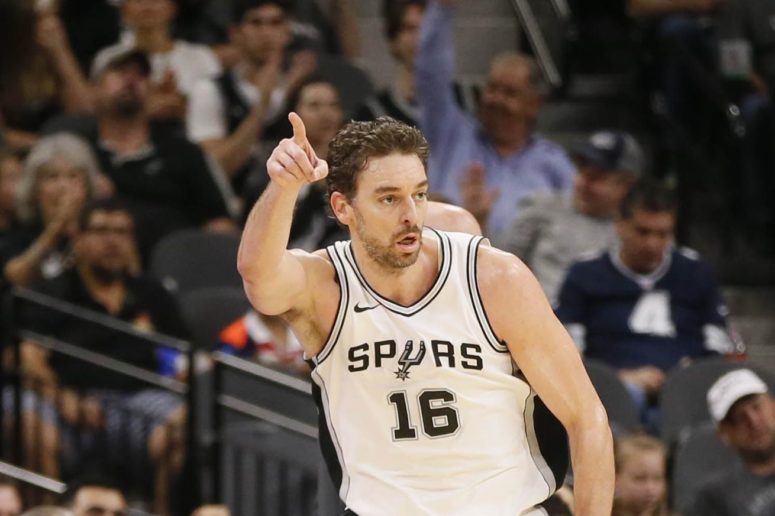 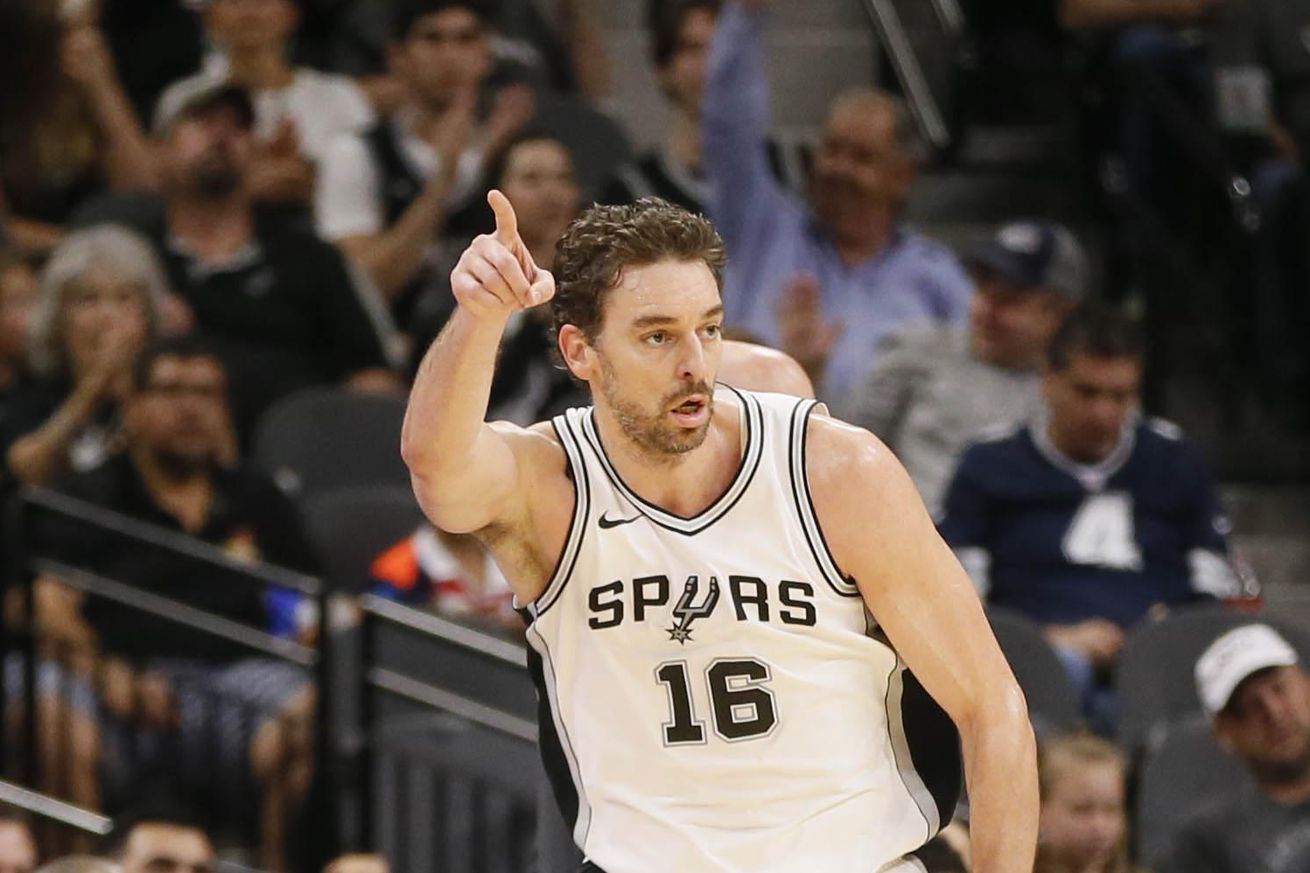 In a month mired by injuries, the veteran center has kept his team on track by stepping up and expanding his game.

Whether capping a dunk or three-pointer, selling a foul or celebrating from the bench, the fire that continues to sustain him in year 19 is as conspicuous as the plodding, seven-foot body it inhabits.

On any given night you can watch one of these wails develop, like a wave, in real time. Gasol catches the ball on the perimeter and, if the close-out is too hard and the next pass not obvious to him, decides to put the ball on the floor. His movements are a perfunctory combination of balance and will, never quick or subtle, but they’re often enough to get him to a spot where he’s comfortable turning it into a shot. The more contact he receives, the more his brow will furrow, the more his eyes widen, culminating in a Wilhelmian roar that erupts from somewhere deep inside as his arms extend in all directions. It may draw attention to the foul or it may not — either way, the fire will not stop burning, because that’s all fires know to do.

And the Spurs are lucky to have the 37-year-old still playing at such a high level right now — especially given the pieces they’ve had missing. Kawhi Leonard and Tony Parker both started the year out in street clothes, but they were joined by rookie Derrick White and off-season signing Joffrey Lauvergne, the latter leaving Gregg Popovich with just two traditional bigs in the rotation for an extended stretch.

At 9-6, San Antonio is weathering the storm just fine, and Gasol has played a big role in that. His counting stats — 10.5 points, 8.2 rebounds, 3.8 assists and 1.3 blocks per game — only tell part of the story, as he leads all starters in net rating (+8.3) and elevates a stripped-down offense with his multi-faceted game.

Missing his two best facilitators, Gregg Popovich has asked more of his center as a playmaker. Gasol’s responded by leading the team in assist rate at 21.9%, hitting cutters, feeding the post, and keeping the ball moving along the perimeter. The need to create more has coincided with an uptick in turnovers, but that’s an allowance Pop is willing to make on a team with minimal dribble penetration but plenty of willing cutters.

Interesting possession here, as the defense prepares for the DHO, only for Rudy to cut and Pau to deliver a pass only a seven footer could make. pic.twitter.com/ISutuCNCl9

Some of the Spurs’ most interesting sets have been with Gasol as the passer.

Another fun one, this time as the defense overplays the screening Danny Green to prevent the shot and gives up an easy cut to the basket pic.twitter.com/aoJ9V73Mxc

Gasol’s done much of his damage from the top of the circle, where his combination of size and vision can be put to great use.

Pretty sure this is the Kyle Anderson cut and finish at 4x speed pic.twitter.com/iqYA6ZvvSe

Most of these plays don’t happen without great passing along the perimeter. Having Gasol spotting up and feeding the post really helps. pic.twitter.com/IrN73aePk3

You’ll often see Gasol trailing offensive possessions, which suits his advanced age, but is also by design. Doing so gives the primary ball-handler a quick out and allows Gasol to survey the floor off the catch. Sometimes the defense has already collapsed, giving him an open look at a three; other times, he can take advantage of a spread floor and find the other frontcourt player with the lob.

Spurs’ size made a difference in last night’s win. Plenty of mismatches to exploit in the post. pic.twitter.com/vryu7inJYw

Unsurprisingly, it’s from that perch that Gasol does most of his damage from beyond the arc.

A lot of that is what we’ve come to expect from Gasol, both from his brief tenure in San Antonio and his wider work as a pro. But other numbers show an increased comfort level and improvement within the Spurs system.

With Gasol on the floor, the Spurs are markedly better on the glass, pulling down 54.4% of all boards compared to 49.8% when he’s off the floor. He’s also continued to settle in on the defensive end, where he’s sporting a 98.3 defensive rating. Wings are also doing a great job of battling through screens and preventing Gasol from having to switch onto ball-handlers, which has minimized the amount of times this type of stuff has happened.

The long twos, as part of a greater team-wide trend, are less common in 2017-18. According to Basketball Reference, only 16.5% of Gasol’s shots are coming between 16 feet and just inside the three-point line, down from 22.7% last season.

Here’s a look at all the players his age or older that have ever averaged at least 10 points, 8 rebounds and 3.5 assists: Gasol and Karl Malone (who did it 3 times!). That’s it. Add in Gasol’s shooting from deep (back up to 41.4% on just under two attempts per game) and you get a historical sense of how special he’s been at this stage of his career, a good omen for a guy who re-signed for another three years.

Parker and Leonard should both be back within the next month or so, and the Spurs will start resembling a fringe contender shortly after. Until then, fans should enjoy every instance of Gasol keeping this offense afloat with his crafty, malleable game, as he continues to thrive in his twilight years and, occasionally, screams into the void.