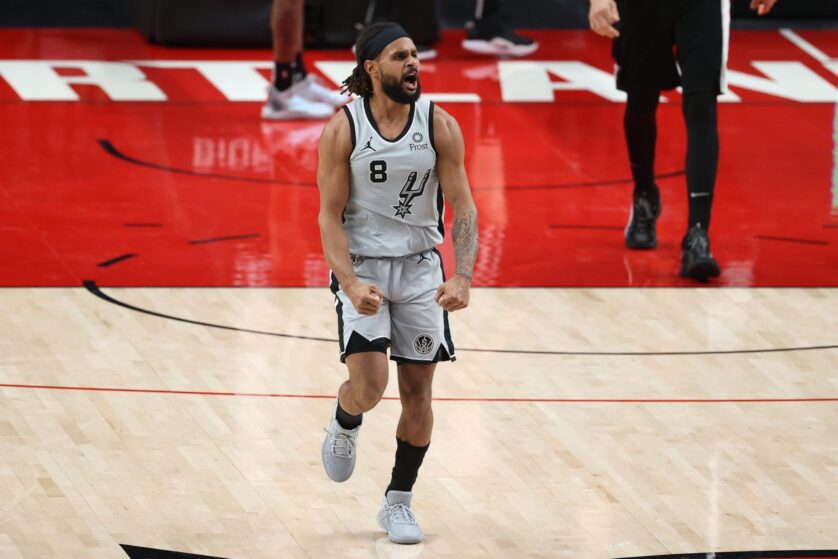 The last time the San Antonio Spurs lifted the Larry O’Brien trophy, Patty Mills was a big part of that team’s run. In his sixth season since that 2014 NBA title, Mills remains the only player still with the franchise as it ushers in a new era. Perhaps the only thing more impressive than Patty’s superb start to the season has been his incredible invincibility.

Since the 2015-16 season, Mills has been on the Spurs’ inactive list a total of three times. That adds up to 410 of a possible 413 games to date, which is 99.3 percent. I’m pretty sure I’ve injured myself walking up my stairs more often than that in the last six years.

Patty’s ability to keep his body ready and work on injury prevention has allowed him to dress in Silver and Black 611 times in his career heading into Wednesday night’s showdown with the Warriors.

In the debut episode of the Spurs official podcast, Spurslandia, Matt Bonner had Mills on the show as his inaugural guest, bringing up the topic of Patty’s remarkable fitness level.

Dubbing Patty Mills the team’s iron man during the interview, Bonner asked the 12th-year guard how he’s kept himself so healthy, wisely knocking on wood while bringing up the topic.

“2009 was definitely a turning point for me to understand my body a lot more, said Mills. “I guess I just wanted to really understand how I needed to look after it so it could perform at its highest level.”

Although he suffered another injury that sidelined him for over 30 games in the 2014-15 season, Patty has been able to avoid anything serious since then. Mills then expanded on what he focuses on to stay in the best shape possible.

“I dive into nutrition, sports science, body mechanics. I was intrigued by all of it. The body is so fascinating in itself anyway. Year by year, I get deeper into it and try to find ways to be able to keep it as sharp as possible.”

With the Spurs now on game 15 of a 72-game season, Patty has a chance to etch his name further into San Antonio’s history books when it comes to games played for the franchise. If he can play the remaining 58 games, he will tie Sean Elliott for sixth all-time with 669 games played.

Considering he’s having the best season of his NBA career, the Spurs’ community should cross their collective fingers that Patty’s tremendous streak will continue.