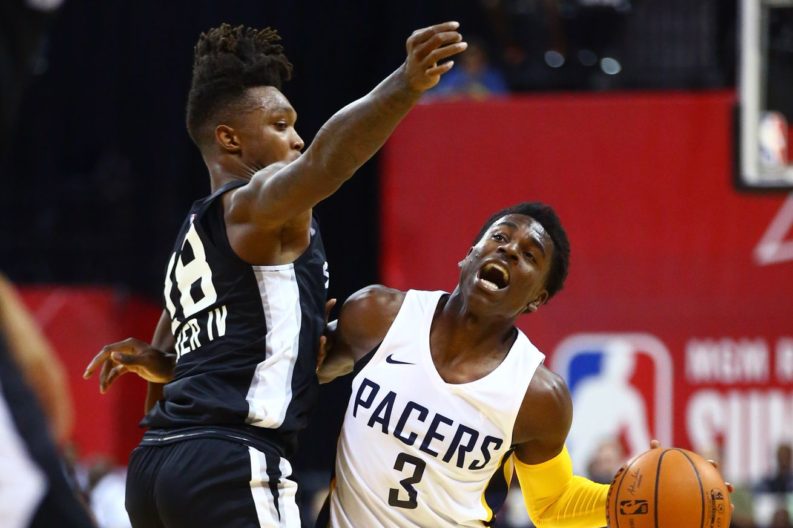 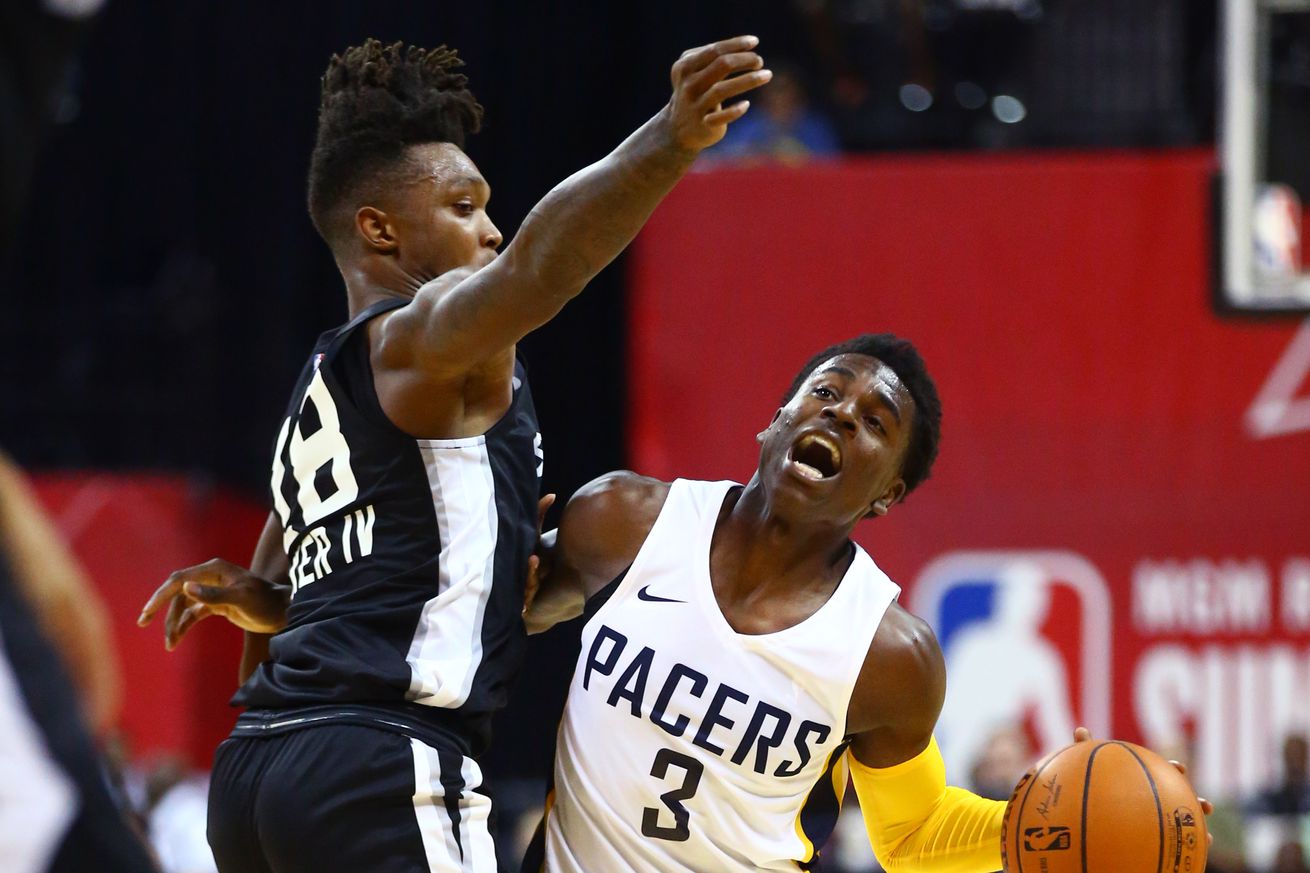 Getting into the portion of the Las Vegas Summer League Travelogue that’s delivers Spurs content.

NOTE: Jeph Duarte is out from August 9-14. I’m covering the Open Topic with a 5 part story about NBA Las Vegas Summer League. This is the third part, the fourth part will be published tomorrow. Read Part 1 here, Part 2 here.

It’s Saturday in Las Vegas, and the Spurs play the Pacers in the Thomas and Mack Center, the bigger arena of the two where Summer League games are played. I wake up at 7 am, feeling refreshed, and I take a look at the weather. It’s 94 degrees already, but the siren call of caffeine cannot be resisted, and I walk 6 blocks to the Starbucks for a vente Americano. Starbucks may be one of the only places in Vegas where you can’t gamble, even the 7-11s have slot machines, usually occupied with regulars.

Fortified by caffeine, I make my way to the conference room set aside for the SBNation writers, and meet up with Seth Pollack, the event coordinator, and the other writers. One of the best parts of being there was the discussions I had with authors and their insights on basketball and writing. When I’m writing about the Spurs, I tend to work in a vacuum, and if I interact with readers or other writers, it’s usually online or at a once a year party at my house.

At around noon, I headed to the arena to catch the Spurs play the Pacers. The Spurs still looked tired from traveling, and the Pacers easily overpowered them, winning 86-76. For the Spurs, Lonnie Walker IV showed signs of talent but shot terribly, while Derrick White was the best player on the floor, but he played limited minutes, giving his spot to Jeff Ledbetter for much of the game. The Pacers’ big men led by TJ Leaf, dominated the paint and punished the Spurs front line. After the game, I got a call from my editor, and we needed an emergency recap, which I composed on my phone from the upper deck of the Thomas and Mack Center. All things considered, it turned out pretty well.

After finishing my recap, I headed over to the Cox Center to catch the Pelicans play the Heat. The Cox has to be my favorite place to watch pro basketball. When I first came to Summer League a few years back, you could arrive late to games and sit right up behind the team bench and watch the coach interact with the players. That’s how I found out how good of a communicator that Becky Hammon is. Now that SL has become a lot more popular, it’s more crowded, but it’s still a very intimate setting to watch teams play. You can hear every squeak of a sneaker on hardwood and referee’s call, and if a player shoots badly, you can hear the rims clank. By the end of the game, you feel like you know the players.

The Pelicans smashed the Heat 110-84, which is a ton of points to score in 40 minutes. I had seen the Pelicans completely dominate two different opponents, and I was feeling like they had a good chance to take the summer league title, but that’s not how it works in SL. A lot of teams shut down their best players early because the purpose of summer league isn’t winning games, it’s to developing and evaluating players.

Up until now, I had been going to games in half-full arenas, but the matchup between the Knicks and the Hawks was different. The T&M Center was packed well before the game started, because everyone wanted to see Atlanta’s first round draft pick, Trae Young. This year’s draft was packed with talented big men, most of them who were playing in Vegas, but fans really wanted to see the little guard who could chuck the ball from anywhere on the court and watch it go in. Young had a good game, as did John Collins, but the Knicks won a close one, 91-89, as the fans were treated to a good contest.

The NBA does a great job with the fan experience in the arenas. The music is amazing, and there’s very little dead time. Every minute there’s something fun to watch or do. The only downside was the arena food, which was beyond terrible. That’s almost to be expected, but previous years I had a much better experience with eating the food served at the Thomas and Mack Center. I spared myself and took a dinner break outside the arena and returned just before the last game started.

The final game of the day was Los Angeles vs. Philadelphia. Josh Hart, who many thought was headed to the Spurs, played really well. The biggest surprise was seeing that Jeff Ayres was still playing, and he had a nice night, cleaning up the boards and making some nice putbacks. He actually looked strong and faster than he did when he was a Spur, but that might be due the level of competition. But it was great to see him, and he looked like one of the best players on the squad, giving him a real shot at earning a regular season roster spot.

That was a lot of basketball for one day, so I walked the two blocks back to my dorm and collapsed onto my narrow bunk and fell asleep immediately.

Part 4 is tomorrow, and you won’t want to miss it.