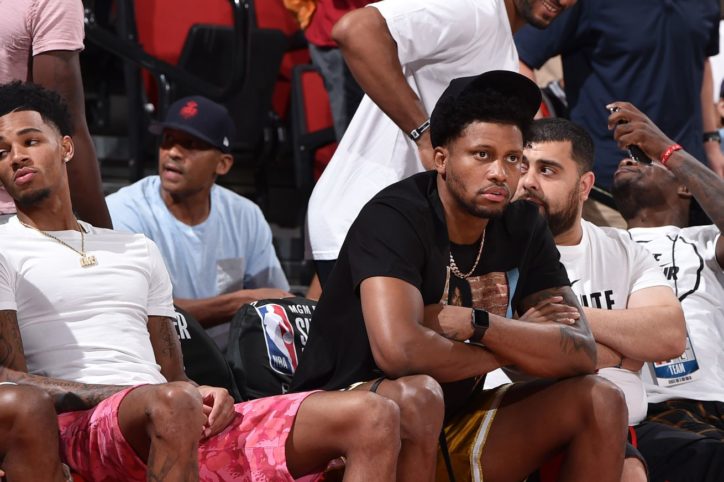 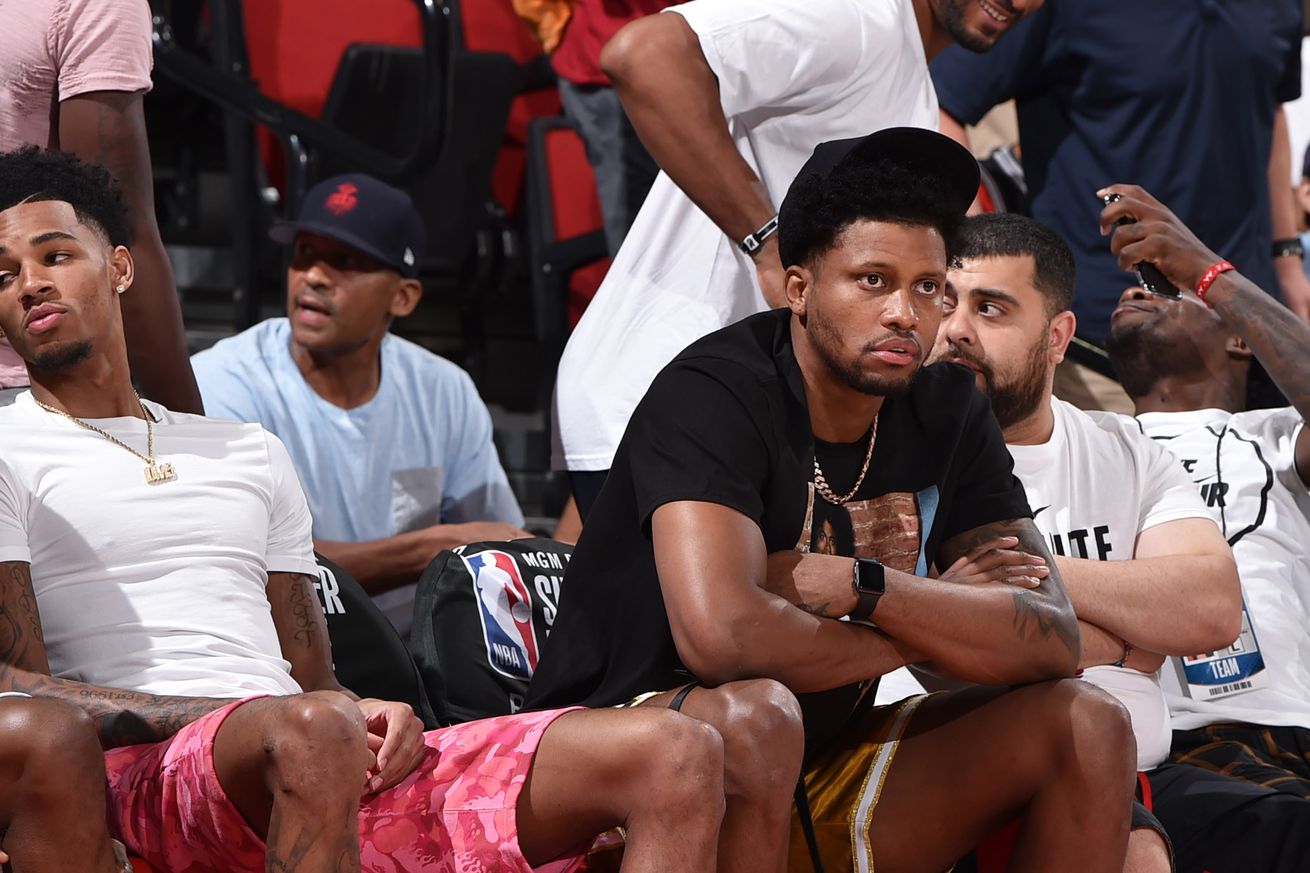 Today was the official contract signing for Rudy Gay. He was in Las Vegas sitting court side during the Spurs match against the Toronto Raptors. Spurs guard Dejounte Murray was seated with him.

During a court side interview during the second half, the sideline report are Rudy “Why was this the right move for you?”

“I just feel like we need to stick together our team, we have a lot to prove. We have a really nice core, we play well together, we’re good friends and I think it’s just easy for me.”

First of all, kudos to Sam Alipour for asking a question of depth and substance. Rudy Gay could have gone many places, but he has found a home here in San Antonio. Reciprocally, he’s been an immeasurable asset to the Spurs. Not only has his game elevated the team, he was a comfort to DeMar DeRozan when the news broke that #10 was heading south.

His attitude is outstanding and his game complements the team as a whole. I have yet to meet one fan who does not think Rudy Gay is a great fit in San Antonio.

What he brings is going to be invaluable next season as the Spurs prove once again why they are one of the top teams in the league, if not a top destination.