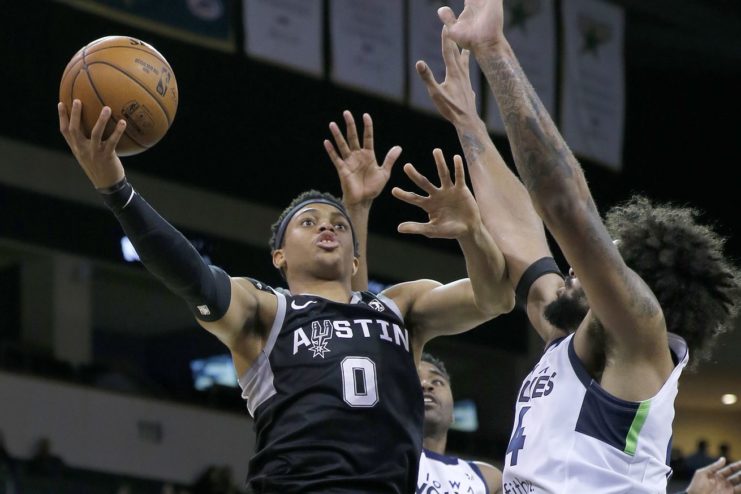 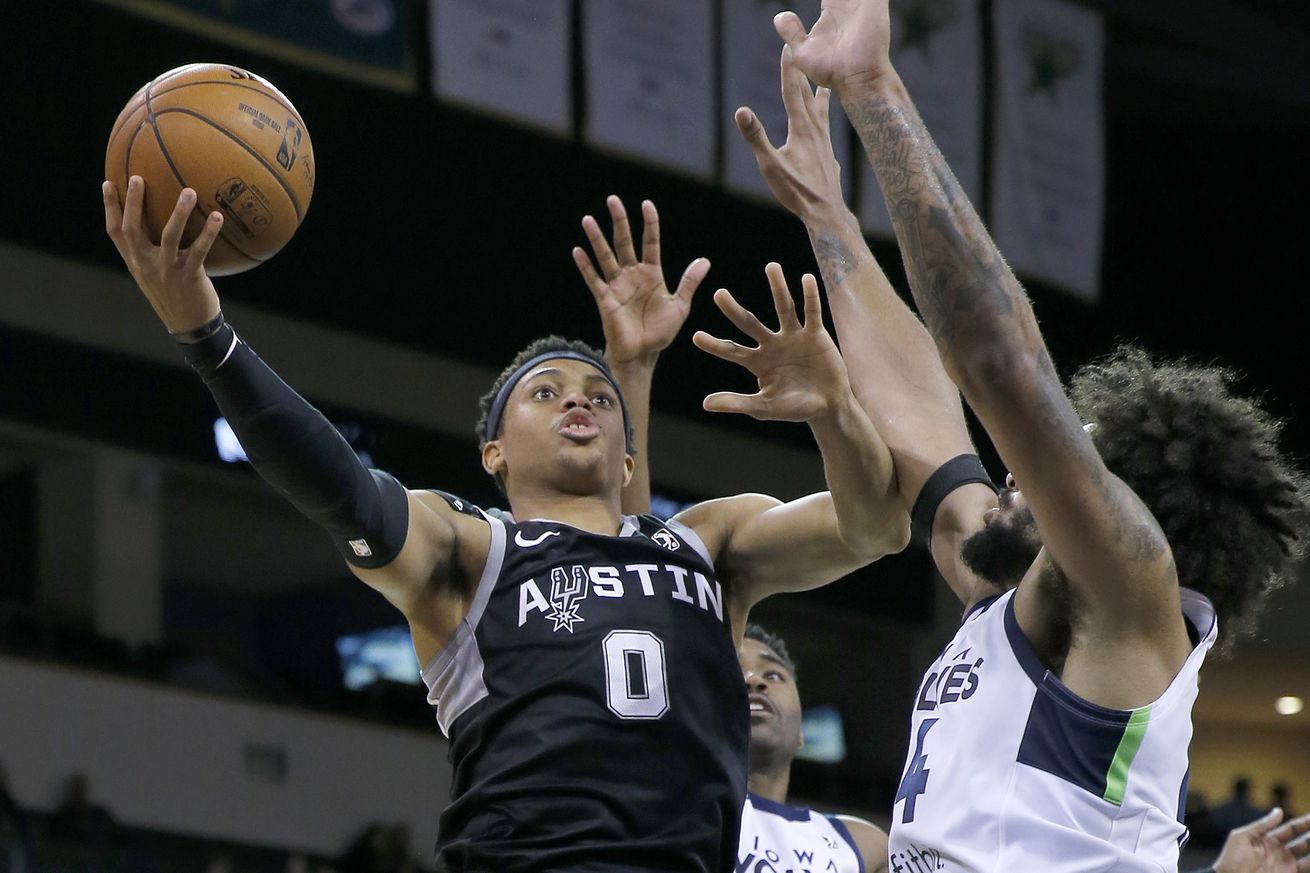 The G-League affiliate offers excitement for all Spurs fans along I-35.

In what amounts to almost an entire week without Spurs basketball, Fox Sports Southwest was kind enough last Saturday to air an Austin Spurs game to keep appetites whetted.

No @spurs tonight? No problem! @mattbonner_15 & I are heading up to Austin for @austin_spurs tonight on @FOXSportsSW. Tip-off at 7pm #GoSpursGo

Four San Antonio Spurs —Chimezie Metu, Luka Samanic, Keldon Johnson, and Quinndary Weatherspoon — were all on court at tip off. All four are currently averaging double-digits in scoring with the Austin affiliate. Drew Eubanks, who is also scoring in double figures, came off the bench as well.

The San Antonio Spurs guards Derrick White and Lonnie Walker IV, who both spent some significant time with the G-League in their first seasons, came down to support their teammates.

“We care about what they’re doing. We know they’re working hard each and every day just like we are.”@Dwhite921 and @lonniewalker_4 spent their Saturday night up I-35 supporting the @austin_spurs! #SpursFamily pic.twitter.com/2SbCpNkKlA

Derrick even joined Dan Weiss and Matt Bonner for a few minutes to share his experience.

Lonnie and Derrick headed up to Austin tonight to cheer on the @austin_spurs! #SpursFamily pic.twitter.com/6oJSncKx9N

In addition to the San Antonio Spurs draftees and two-way players, the Austin roster is rounded out by Jeff Ledbetter, Kenny Williams, and Galen Robinson, Jr. who all participated in the Spurs Summer League.

The Silver & Black were unable to mount a comeback against the Iowa Wolves after ending the first half down just one point.

If you are in the Austin area, I’d highly recommend taking in a game. The G-League affiliate is an exciting, quick-paced athletic team which currently showcases the San Antonio draft class in prominent fashion.

It’s Spurs, after all, so you can’t go wrong.