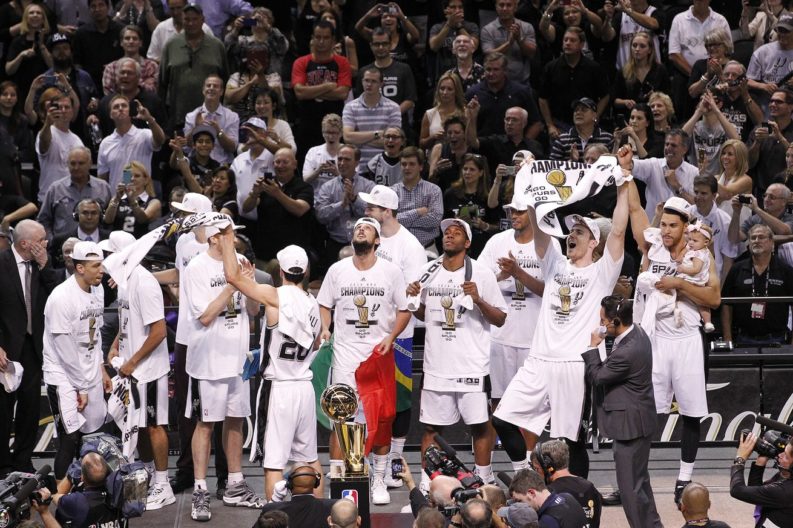 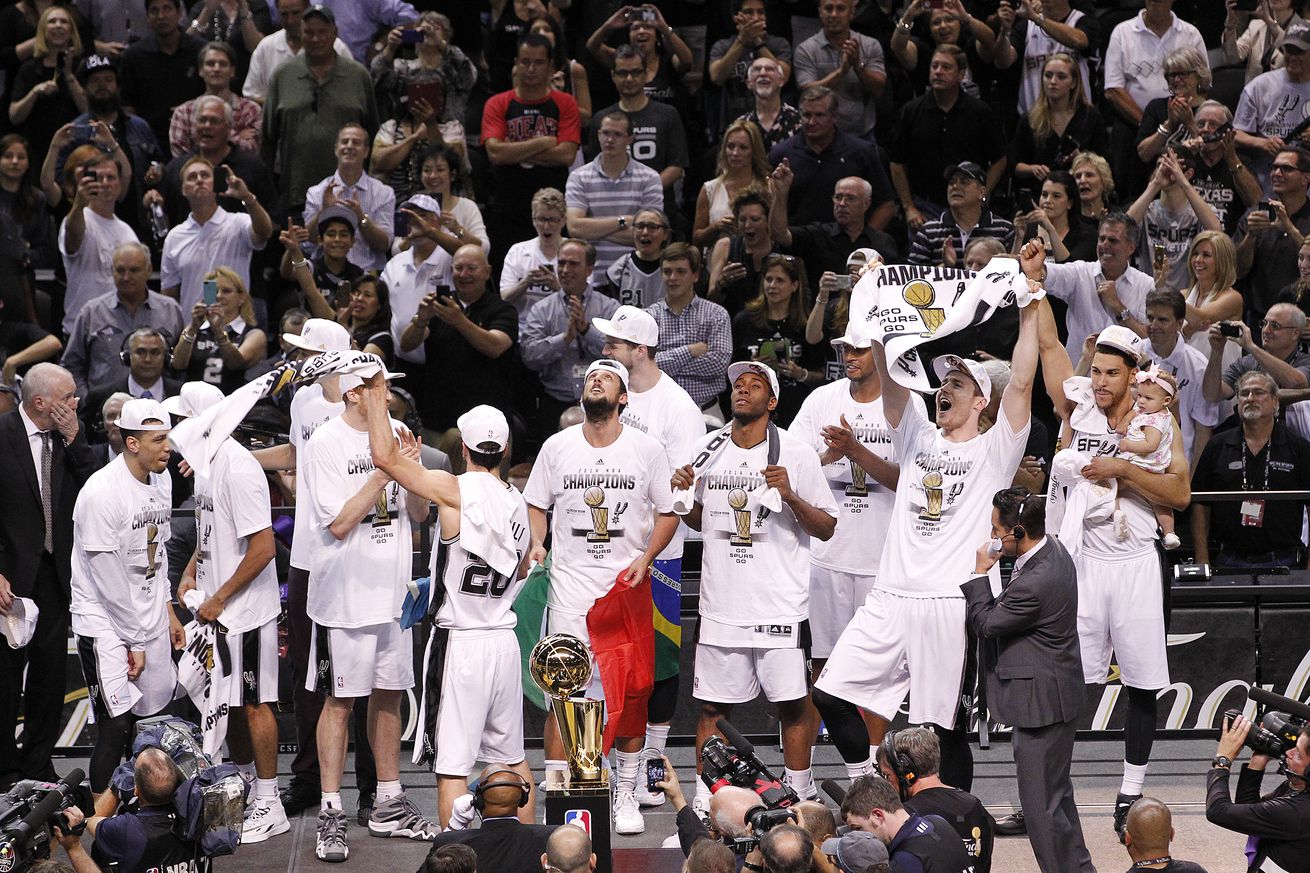 The San Antonio Spurs were the first NBA team Tiago Splitter signed with and but for forty-four games, he nearly played his entire career in Silver & Black. In an unfortunate turn of events, Splitter was traded to the Atlanta Hawks at the end of the 2014-15 season to create enough money for the Spurs to sign LaMarcus Aldridge.

Surgery to his right hip would rule him out for the remainder of the season in Atlanta. The following season saw more time off the court for hamstring and calf injuries before the Hawks traded him to the Philadelphia 76ers for Ersan İlyasova. His right hip continued to hinder him and Splitter eventually retired in February of 2018. Splitter has been seen in the Spurs locker room.

Tiago is currently a pro scout for the Brooklyn Nets under General Manager Sean Marks, who was an assistant coach when the Spurs won the title in 2014.

The Big Banger is probably the 2014 roster member most likely to win a championship this year. At the end of the 2014-15 season, Stan Van Gundy started his tradition of pilfering Spurs big men. Baynes made the move to Detroit backing Andre Drummond.

After two seasons, Baynes moves to the Boston Celtics where his role as a starter has increased. Under the leadership of General manager Danny Ainge and head coach Brad Stevens, the Celtics have built a formidable contender who look to take over the Eastern Conference now that LeBron has headed to Tinsel Town.

Aron Baynes can play a strong role in their outcome this season.

The Arizona State Sun Devil was drafted by the Sacramento Kings before being traded to the Portland Trail Blazers for one season. Another two seasons with the Indiana Pacers and then he signed with the San Antonio Spurs at the top of their redemption season. Although he played limited minutes, he was well respected for his work ethic and attitude on and off the floor.

At the end of the 2014-15 season, Ayres contract was not renewed and he moved into the D-League with the Idaho Stampede. Later that season he joined the Los Angeles Clippers.

Jeff Ayres has since become a world traveler playing in Russia, Turkey, and currently in Japan.

Yesterday is was noted that all three power forwards ended their Spurs stints in 2016. For the centers, the shelf-life was eve shorter as all three exited during the summer of 2015.

Next time: THE COACHING STAFF