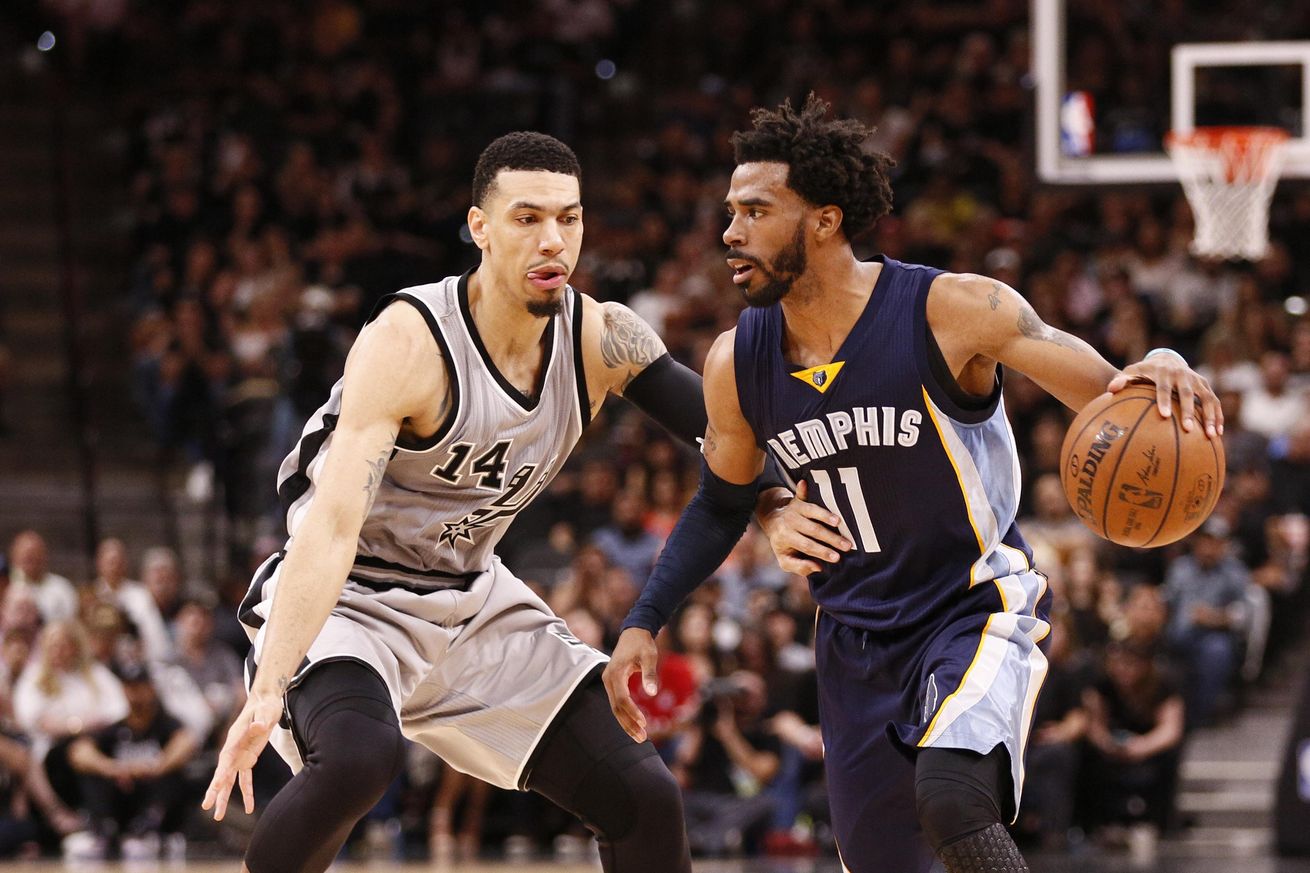 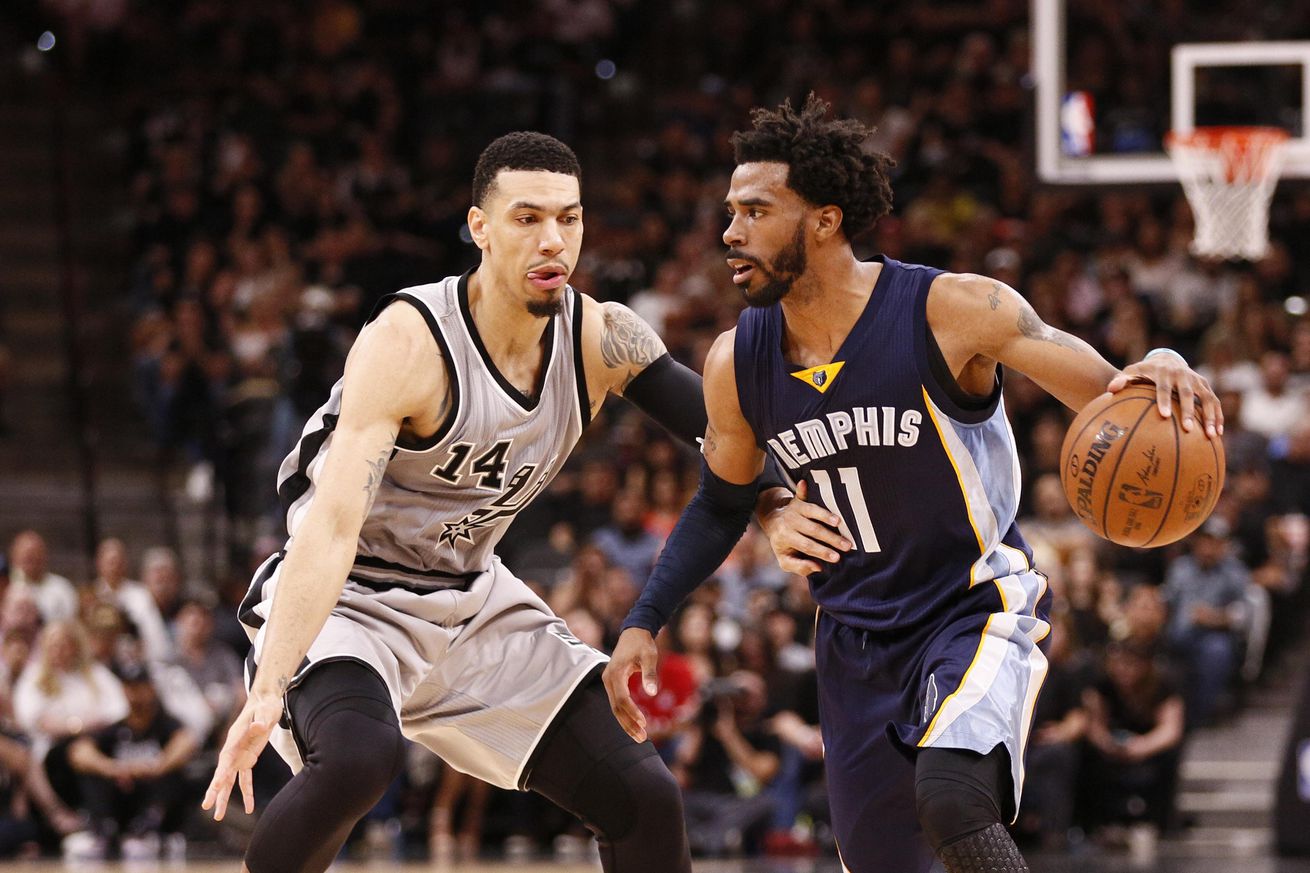 The Spurs made their intentions clear Saturday night: Marc, ok — Mike, no.

The biggest takeaway from the Spurs’ 111-82 Game 1 win over the Grizzlies is that the Spurs are the better team. There were rumblings that Memphis could make this series interesting, with analysts citing the 2-2 season split. But Kawhi Leonard missed one of those contests, and Memphis won just 43 games this season. Credit Mike Conley, Marc Gasol and coach David Fizdale for keeping them competitive in the West, but the Grizzlies are significantly overmatched against a 61-win team.

San Antonio’s biggest advantage is their depth. The Grizzlies have two of the best three players in the series, but after that, it’s a huge drop off. The Spurs played eight off the bench Saturday night, all respectable NBA rotation players . A quick glance at the bench plus minus shows how much deeper the Spurs are than the Grizzlies.

But still, Memphis’ starting five, less so after the loss of Tony Allen, is no pushover. They led 22-9 and have two players that require a gameplan. So what did the Spurs do last night, and what should we expect to see moving forward?

The Spurs are not going to let Mike Conley beat them. He is the Grizzlies best player, and the only chance for Memphis to win a few games is him going off. Unfortunately for him, he doesn’t have the shooters nor playmakers around him to force the Spurs to defend him one-on-one. Unlike LeBron James, or James Harden, who force teams to defend the pick and roll two on two with everyone else staying glued to shooters, you can do a lot more against Conley. On top of that, the Spurs have two defenders in Danny Green and Leonard who can face-guard him. Watch Kawhi’s approach on Conley in the first quarter:

Kawhi is denying Conley well beyond the three point line and forcing someone else to make a play. Marc Gasol does, and he dropped 25 points in the half, but the Spurs can live with that. It’s no knock on Gasol. His defense, 3-point shooting and rebounding are huge reasons why the Grizzlies are a decent team, but contested post-ups and midrange jumpers are not a sustainable way to win a playoff series.

Gasol finished with 32 points on 11 of 18 shooting, and even that wasn’t enough to keep the Grizzlies close over 48 minutes. If you take away his three 3-pointers, he was 8 for 15 from two. Couple that with Zach Randolph going 3 for 13 from the field, and the Spurs held the Grizzlies’ inside threats to 11 for 28 in the paint without much doubling.

The Spurs will also give up some jumpers at the expense of frustrating Conley. The Spurs are great defending the three, but they don’t trust Memphis to shoot them out of a game:

Here, Green, like Leonard, is on top of Conley on the perimeter. As Mike skirts into the lane, Tony Parker and LaMarcus Aldridge help. Conley is able to hit JaMychal Green in the corner for three and he sinks it. But over the course of the game, this approach worked for the Spurs. Although Green is a 38 percent 3-point shooter, he only attempted 1.9 per game this season, and his career numbers are average. The Grizzlies just don’t have enough shooting to scare the Spurs, which allows them to send extra bodies to Conley. Green hit that one, but Memphis finished 7 of 20 from deep, consistent with their season average of 35.4 percent.

It’s not wise to overreact after one game. The Spurs crushed the Thunder last year in Game 1 of the Western Conference Semifinals and then lost four out of the next five. But Memphis is nowhere near last year’s Thunder team. And unlike the Thunder, who had two players that could change a game instantly on the offensive end, Memphis only has one. The Spurs can live with Gasol and Randolph post ups and can gamble on the Grizzlies role players’ ability to knock down shots consistently. What they won’t do is let Mike Conley beat them.