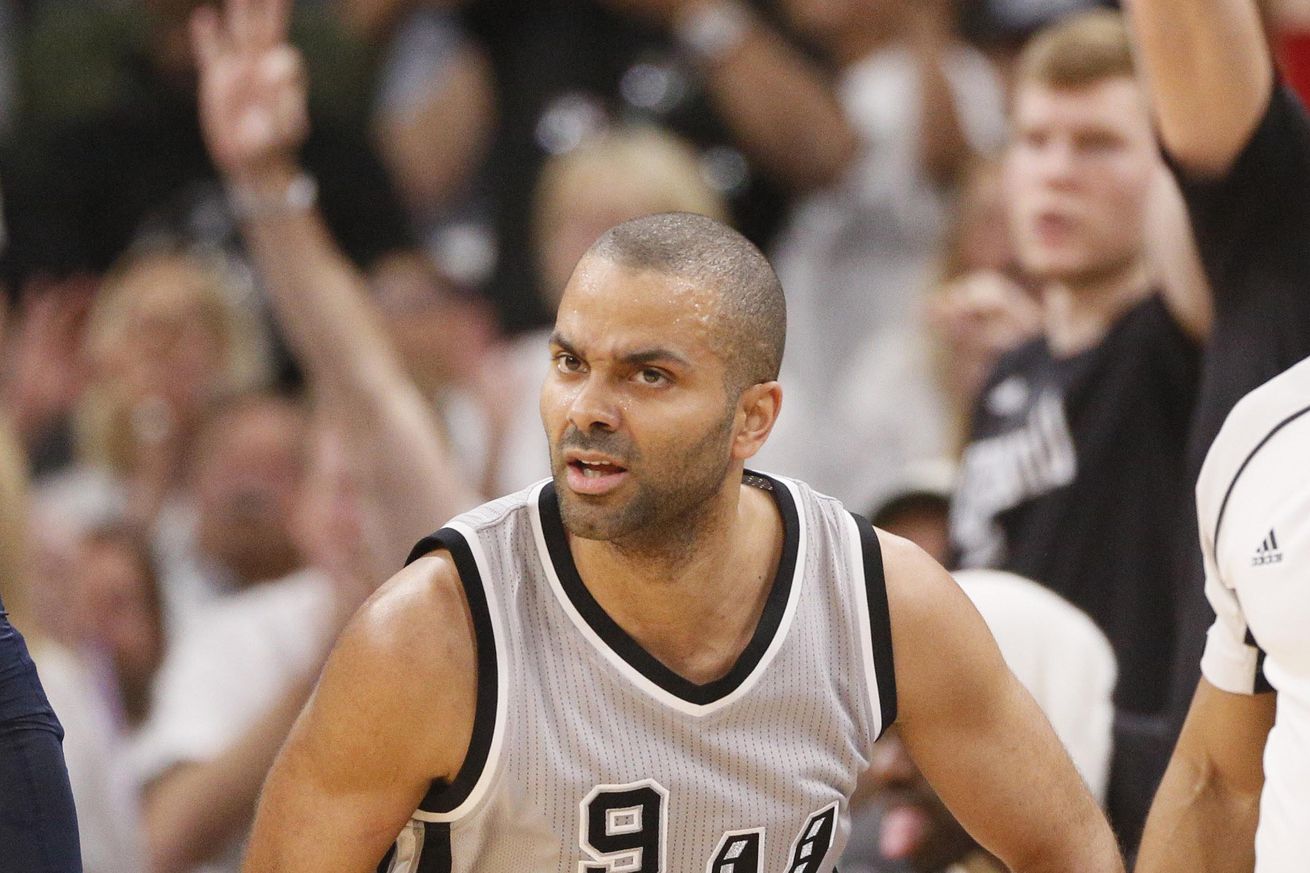 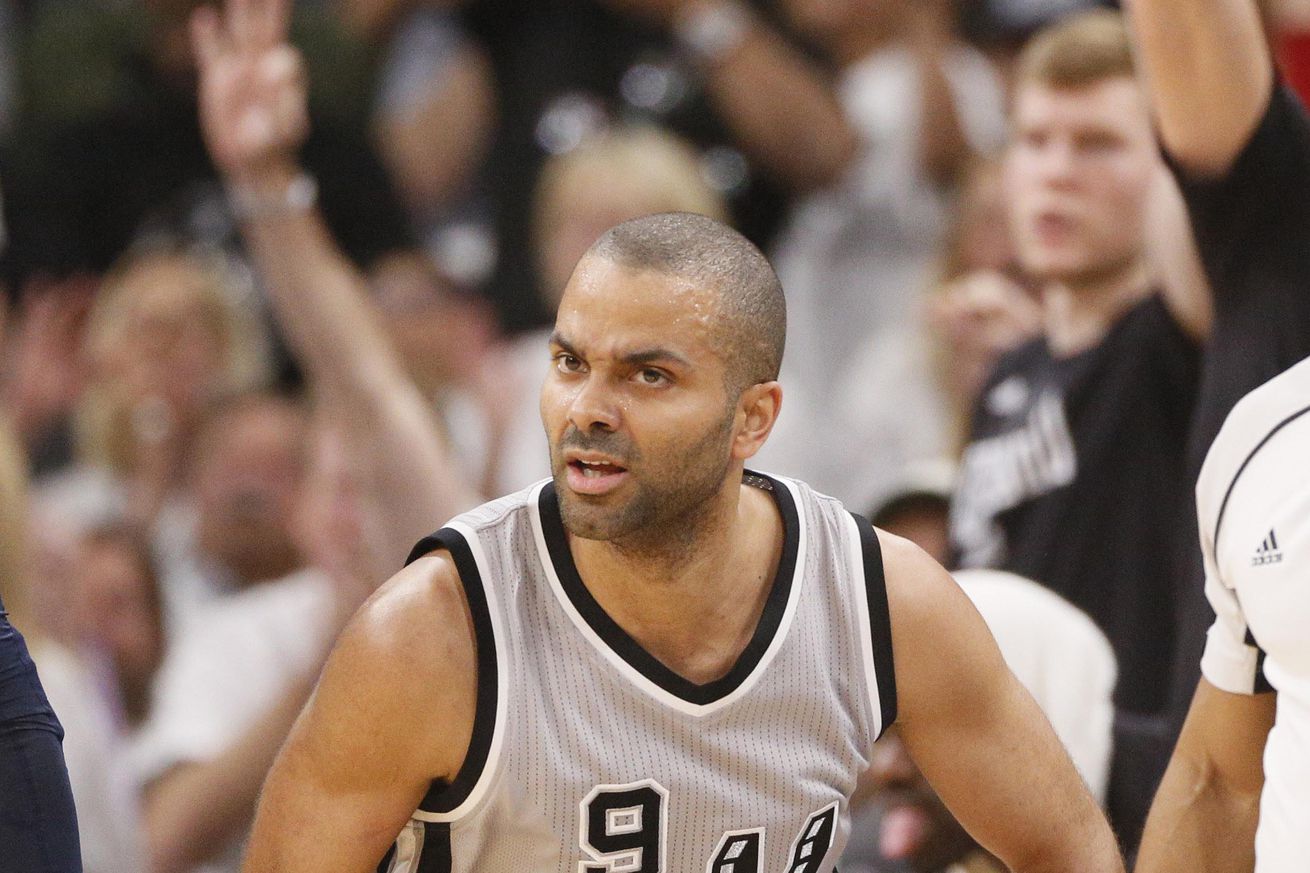 Most people expected the Spurs to win this one, they were nine-point favorites after all, but this one got really ugly for Memphis after a promising first quarter from the visitors.

DON’T COME AROUND HERE WITH THATpic.twitter.com/MuPL7McESs

Okay, it wasn’t all like that. For nine minutes in the Spurs’ first playoff game without Tim Duncan since 1997 the Grizzlies looked like monsters. It briefly brought to mind the 2011 upset the Grizz handed the Spurs, who lost Manu Ginobili for the first game of that series after breaking his arm in the last game of the season. Except this season it was the Grizzlies who lost a key player in the last game of the season and will most likely play the entire series without five-time All-NBA defender, Tony Allen.

Memphis was led by Mike Conley and Marc Gasol playing as well as they possibly could have. They hit everything they put up in the first quarter, with Gasol scoring 11 points on 5-of-6 from the floor and Conley tossing in 10 on a perfect 4-for-4, including a ridiculously high layup off the glass at the end of the quarter. With three minutes left in the quarter the Grizzlies held a 13-point lead before the Spurs bench put together a 12-4 run to end the quarter and limit San Antonio’s deficit to a 30-25 Memphis lead.

Kawhi Leonard’s awesome first quarter was kind of overshadowed by the Grizzlies play, but the MVP candidate dropped 11 on 5-for-5 from the field and notched a couple helpers. On plays that Kawhi didn’t shoot or assist, the Spurs were 4-of-13 from the field.

The game turned when the teams turned to their reserves. Memphis’ bench just doesn’t have enough firepower to play with the Spurs’ juice unit. Even 2011 Spurs-killer and Memphis’ sixth-man Zach Randolph really struggled, missing four of his first five shots. Randolph finished the game with just six points on 3-for-13 from the field and a game-low minus-39.

A glance at the plus-minus for both teams’ reserves in rotation is pretty revealing:

I don’t know what Memphis is supposed to do in terms of adjustment. It’s just not a fair matchup when the starters sit. Even if Randolph can turn back the clock it appears there won’t be enough from the seventh to ninth man to keep up with San Antonio’s reserves.

This game saw a 49-point swing as SA outscored Memphis 94-45 in a 36-minute stretch from three minutes left in the first to three minutes left in the fourth. That’s a staggering figure. It’s not that I think these teams are that far apart, but I do think there’s something to that. The Spurs let Marc Gasol get his and shut the rest of the team down after the first quarter. The Spurs defense is just too good when they’re dialed in and as long as SA keeps their focus there’s little Memphis can do.

The one thing Memphis can hope for is for Mike Conley to play like he played in the first quarter for four quarters. But he missed nine of his last ten shots in the game and scored just three points in the last three quarters. That wasn’t unlucky on Conley’s part, the Spurs made his life difficult. Credit Danny Green with a ton of that, he was incredible on that end.

With the flow of the game shifted in the Spurs’ favor, San Antonio took their first lead three minutes into the second on a nice feed from a LaMarcus working in the post to Tony Parker for a corner triple, 32-31.

The Grizz and Spurs went back and forth for the rest of the first half before the Spurs clamped down on Memphis and took complete control of the contest.

Halfway through the third quarter the Spurs had built a double-digit lead and by the end of the quarter their lead had ballooned to 20 points with the Spurs holding Memphis to nine points in the last eight minutes and the Spurs’ offense humming to the tune of a 32-point quarter. Memphis was held to just 15 points in the period, seven of which came from Gasol.

It was the Kawhi and LaMarcus show in the third for the Spurs with the pair scoring 15 and 10, respectively. Kawhi played all 12 minutes of the quarter and was 4-of-5 from the field and 7-for-7 from the charity stripe. Aldridge was 3-of-6 in the third and scored all 20 of his points in the middle two quarters.

The Spurs defense continued to be stifling, holding the Grizz to just five points in the first eight minutes of the fourth, part of a five-point 10-minute stretch for Memphis.

It was a dominant win, and showed that the Spurs are a much better team than the Grizzlies, but as Pau Gasol said after the game, “it’s just one game”. The Spurs need to keep their defensive effort on max if they want to win 15 more games this postseason.

We see you, Danny. pic.twitter.com/nD5DY6DOKk