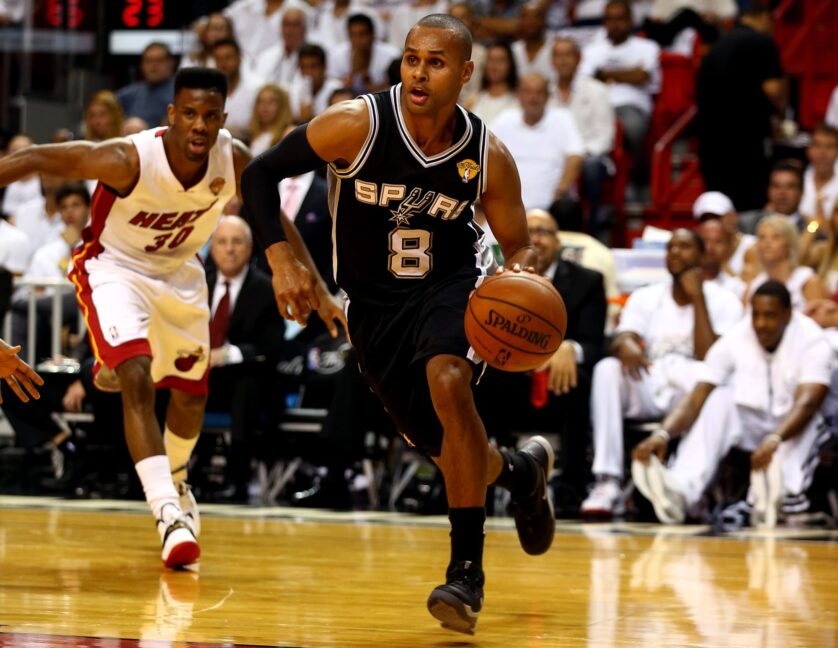 It may be early in the season, but the San Antonio Spurs are showing the kind of ball movement that made their 2014 team so exciting to watch.

Ending the season with an NBA title, the 2014 San Antonio Spurs displayed what many consider the most beautiful display of team basketball the NBA Finals has ever seen. The combination of the previous year’s brutal Finals loss mixed with the perfect blend of team players allowed for that team to win 12 of their 16 playoff games by double digits, which ties the NBA record.

To say this year’s team has a comparable motivation or talent level would be laughable, of course. The chip this year’s squad has on their backs is one of narrowly missing the playoffs, which is nothing compared to letting a Finals-clinching five-point lead with less than 40 seconds remaining slip. That 2014 team also had Tim Duncan, Manu Ginobili, Tony Parker, and Kawhi Leonard leading the way.

While there may be stark differences in both teams’ situations, there have been noticeable similarities in their style of play in the young season. The best quality of the championship squad was undoubtedly their selflessness and familiarity with one another.

Those Spurs led the league in assists per game in the regular season with 25.2, led by Tony Parker’s 5.7 and Manu Ginobili’s 4.3 per game.

The landscape of the NBA has noticeably changed since that era, with positionless basketball becoming more and more of the norm and all 10 guys on the court being expected to hit the longball. As a result, 11 teams are currently averaging more assists than the Spurs’ league-leading 2014 average.

Still, as the trend rises, San Antonio is rising back to the top themselves.

Without an important facilitator, the San Antonio Spurs are still passing well

While DeMar DeRozan has been the Spurs’ best playmaker for a few years now, the fact that they’re passing so well without Derrick White is a great sign. Through three games, the Spurs are averaging 30 assists per game on 44.3 made field goals.

Only two other teams, the Cleveland Cavaliers (31.3) and Charlotte Hornets (30.3), are distributing the ball better as of Monday afternoon. As Project Spurs’ Paul Garcia shared, the Spurs have an assist percentage of 68 percent, good for third in the league, with the league average being 60 percent.

While it may be hyperbole to declare this season’s squad the next iteration of the ’14 revenge tour Spurs, there’s good reason to believe they can keep up their hot passing start. DeMar DeRozan’s vision for making the right play has seemed to only have gotten better this year, which is enhanced by the fact that he has better finishers and shooters around him than he did last season.

Dejounte Murray is also showing signs of being the playmaker the Spurs have always wanted him to be, averaging 7.3 assists in his first three games. Lonnie Walker has taken huge strides when it comes to distributing the ball. Lonnie did not have much of this in his game when he arrived.

As a whole, Gregg Popovich seems to finally be resigning to the fact that the NBA is a run and gun, jack-up-shots game now. His loosening the reins on having structured sets featuring a high volume of post-ups and mid-range shots is giving the team confidence to let it fly freely.

As team personnel begins to learn what’s working and what isn’t, I wouldn’t be surprised to see this team get even better with their ball movement as the 72-game season continues. These might not quite be the “beautiful game” Spurs, but they’re certainly much more fun to watch than they’ve been in years.