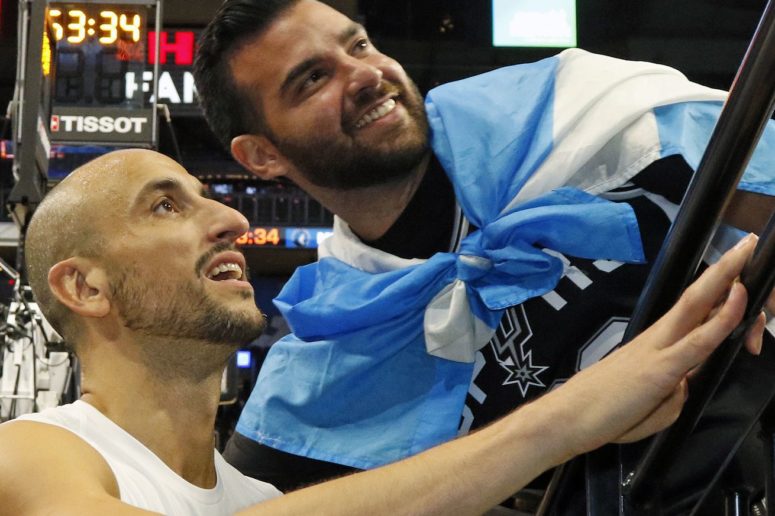 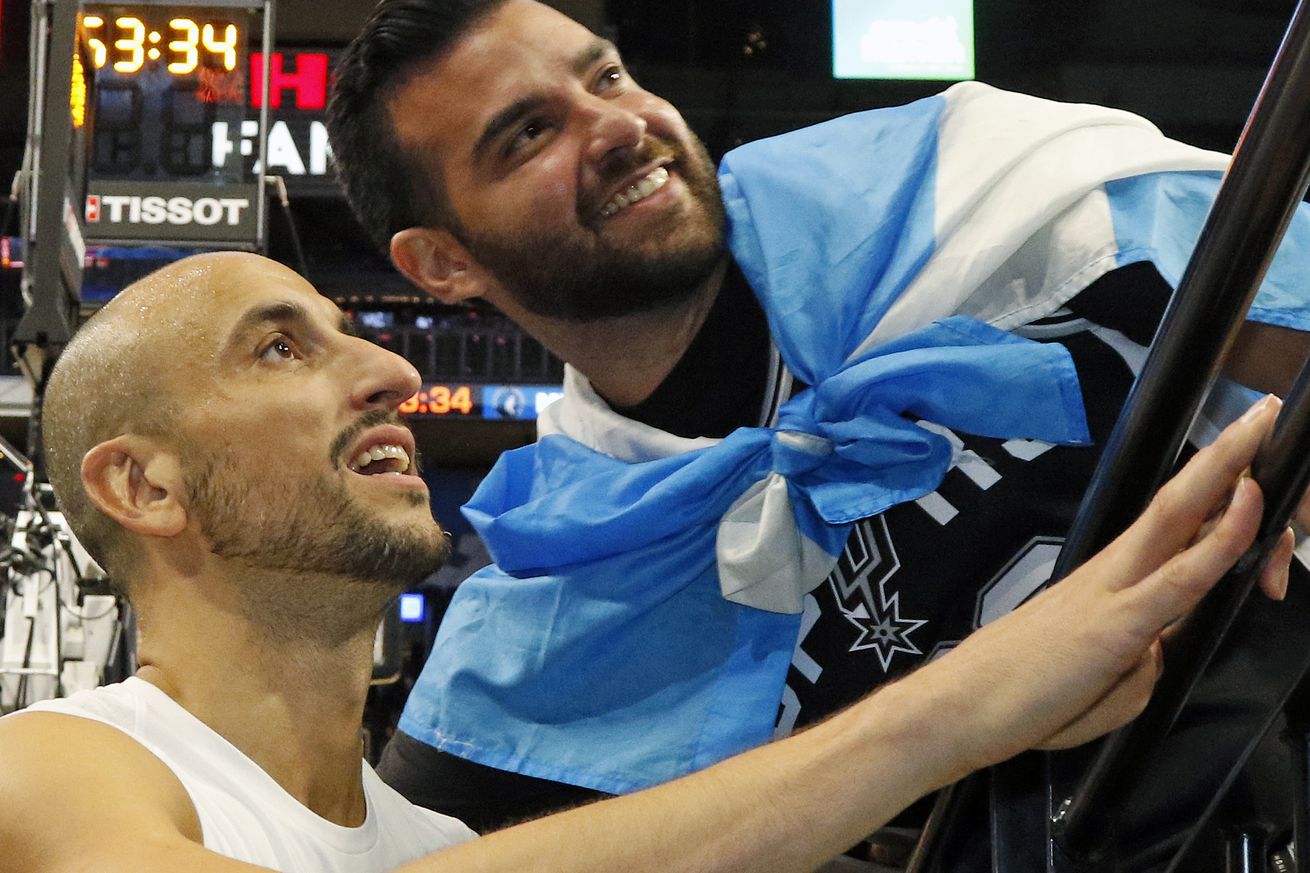 Manu thanks his Argentinian fans who have shown up to support him in this two-part video.

Manu Ginobili uploaded another vlog the day after the Miami Heat game. We are treated to a view of Manu in his hotel room, relaxed and preparing to leave for the trip to Orlando to play the Magic. This post is actually a two parter – first in the hotel and then the airplane, where we get to see his traveling companion, who is too cool to ham it up for the video. This one is in Spanish, so we’ve added the translation below.

The first stage of this tour is over. Of the 4 cities, one is over – Miami. And now we’re headed Orlando, in a matter of minutes, and, well, we’ll see how well it will go over there. We’ll be going in the morning. We did reasonably well, we didn’t do well in the 1st half, but in the 2nd we did, and ended up winning comfortably. Additionally, I was grateful for the amount of people, the amount of Argentinians, that came to say hi to me, to support me, to cheer me on. I’m starting to get used to it, it’s happening more often – so I thank everyone who was there, or if you wanted to be there, it was good. On top of that it was an interesting game, thanks to everyone who was present.

So we’re headed to the world of Disney, to play a young team that’s doing well.

They’re knocking to tell me I have to go. Ciao!

In the middle of Florida, Miami is behind us, and we’re headed to Orlando. A quick trip, easy, 40 minutes, so that you can look at some daily updates or websites and then you’re done. It’s an enjoyable trip. On top of that, I have this guy as a travel buddy. He hasn’t been talking to me much, as you can see. He’s concentrating, I don’t know on what exactly but everything good. I’m watching Icarus, a documentary about doping in Russia, and it seems very interesting. I just started it, so that’s what I’m going to be doing. If I have something to say about it on the way to the hotel, I’ll let you know. If not, this is where I say goodbye. See you soon.