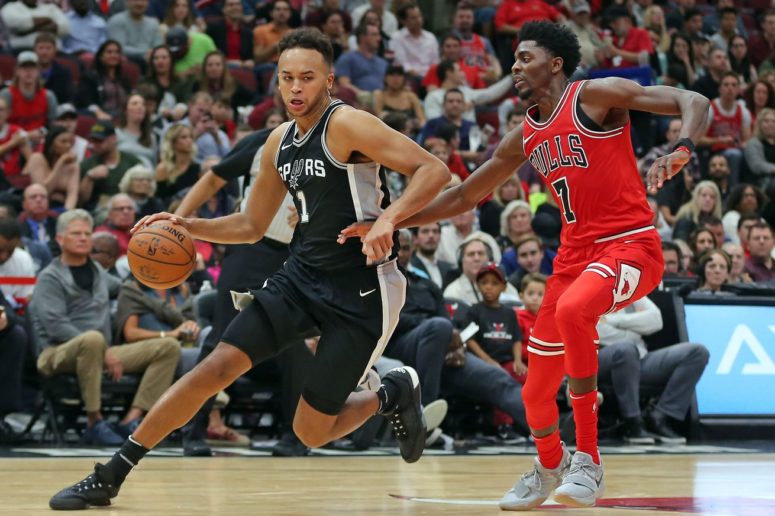 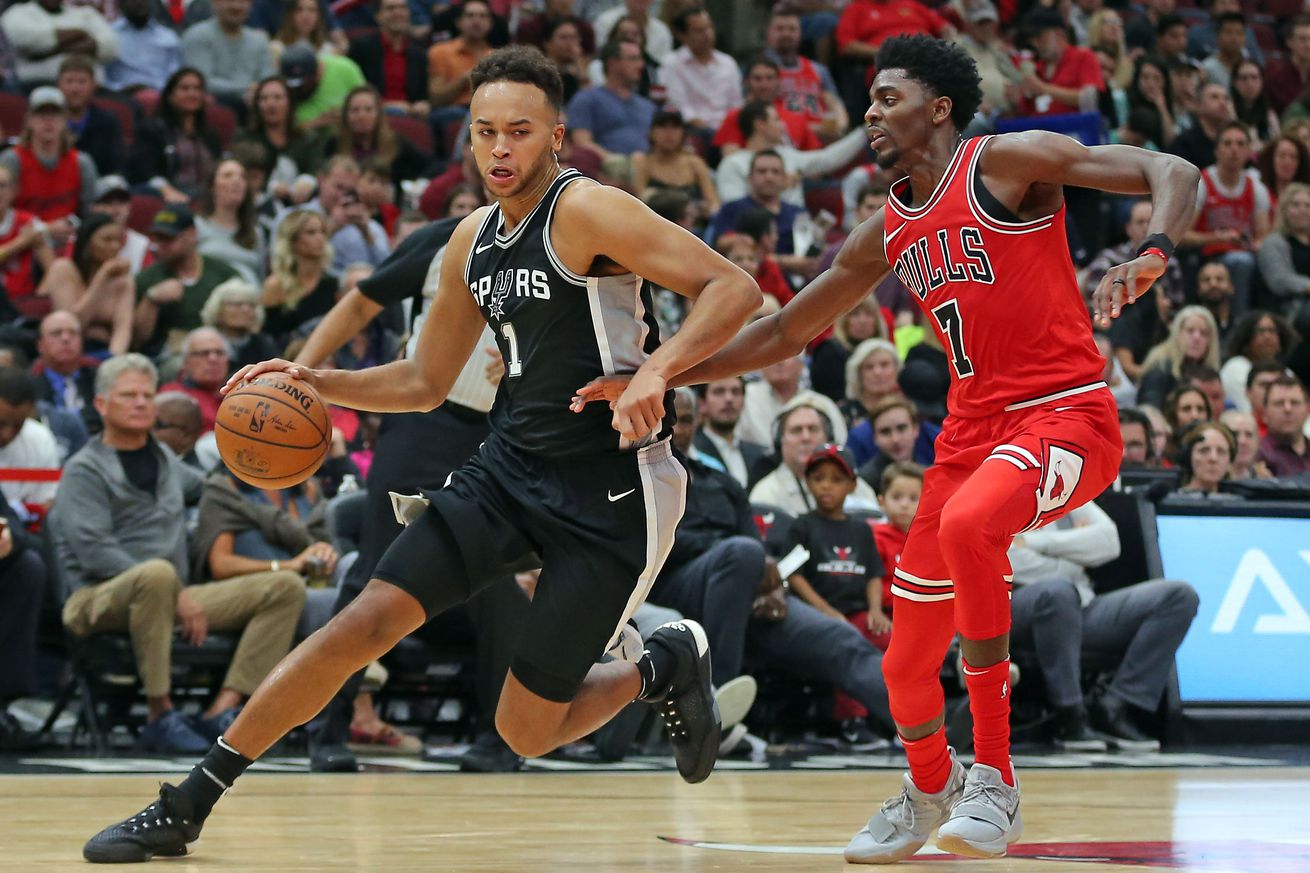 It looks like Slow Mo matured at just the right time to start for the Spurs’ injured MVP candidate.

For the last few years, the Spurs have been patient with Kyle Anderson. The former UCLA product, capable of playing pretty much every position but center, has shown flashes of being a do-it-all guy off the bench. The six-foot-nine, 230 pound swiss-army knife shoots the ball at a respectable clip from pretty much anywhere, rebounds well thanks to his impressive length, and has a “pass-first” mentality that constantly keeps defenders on their toes.

But during his first three seasons in the league, Anderson seemed tentative, if not downright passive. He often played too conservatively, especially when it came to shooting, which didn’t seem to sit well with Gregg Popovich. At the beginning of last season, Pop said that he needed to play Anderson more, but the season ended with Jonathon Simmons having gobbled up the lion’s share of Anderson’s playing time.

Now Simmons is gone, it’s year four of Anderson’s young career, and he is finally starting to blossom. Granted, it’s a small sample size of four games, but Anderson has played his role perfectly, validating Pop’s decision to start him instead of the injured Kawhi Leonard, or the newly acquired Rudy Gay.

His stats don’t immediately jump out at you — and that’s not the player he’s ever likely to be — but Anderson has never looked more confident in his abilities than he does now. He’s hitting the glass hard, at 7.8 rebounds a contest, and he’s showing no fear in attacking the defense and using his long strides and arms to keep opponents guessing.

In an era of basketball where speed and quick shots are widely accepted as good basketball, there’s a retro feel to Anderson’s game. He reminds some of a younger, skinnier late-career Boris Diaw, which is great considering Bobo was arguably one of the best Spurs role players of all-time. He’s a player who thinks his way through possessions; a guy more likely to score with his brain than his brawn.

Slow-Mo has a knack for making the right decision on offense – whether it’s a last-second kickout pass for a wide-open three, or to lull a defender to sleep with his ultra-slow, double-clutch pump fakes that create just enough space for him to sneak off a well-angled shot. As we saw during last night’s win over the Miami Heat where he notched his first double-double (12 points and 12 rebounds) of the season, he might have the highest IQ on the team, and his length is useful on both ends of the court.

Granted, Anderson will probably never be tasked with being the primary defender of a point guard. He’s not the quickest guy on the court, and he definitely has problems being switched on to smaller, faster players. Anderson is best equipped to play the three and four spots, given how well he uses his long arms to alter shots and annoy guys of all sizes in the post.

Bottom line, he’s been quietly outstanding thus far. He’s not forcing bad shots on offense, he’s been terrific at involving his teammates, and he’s looked motivated and hungry to prove himself ever since the season started. Even when Kawhi gets back, Anderson will be a fantastic, versatile weapon that Pop can use off the bench almost regardless of the situation or lineup.

I wrote during the summer that this was the year Anderson needed to step up, and so far he has done just that. Here’s hoping he builds on this superb start and plays like this, or better, throughout the season.