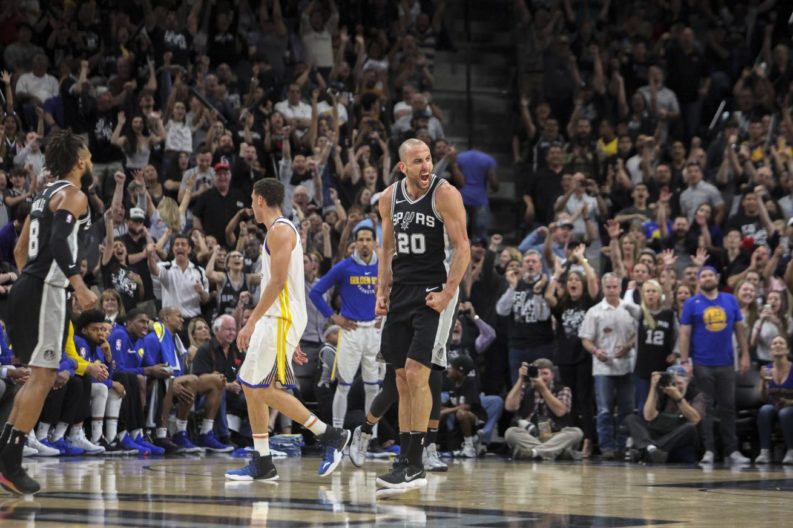 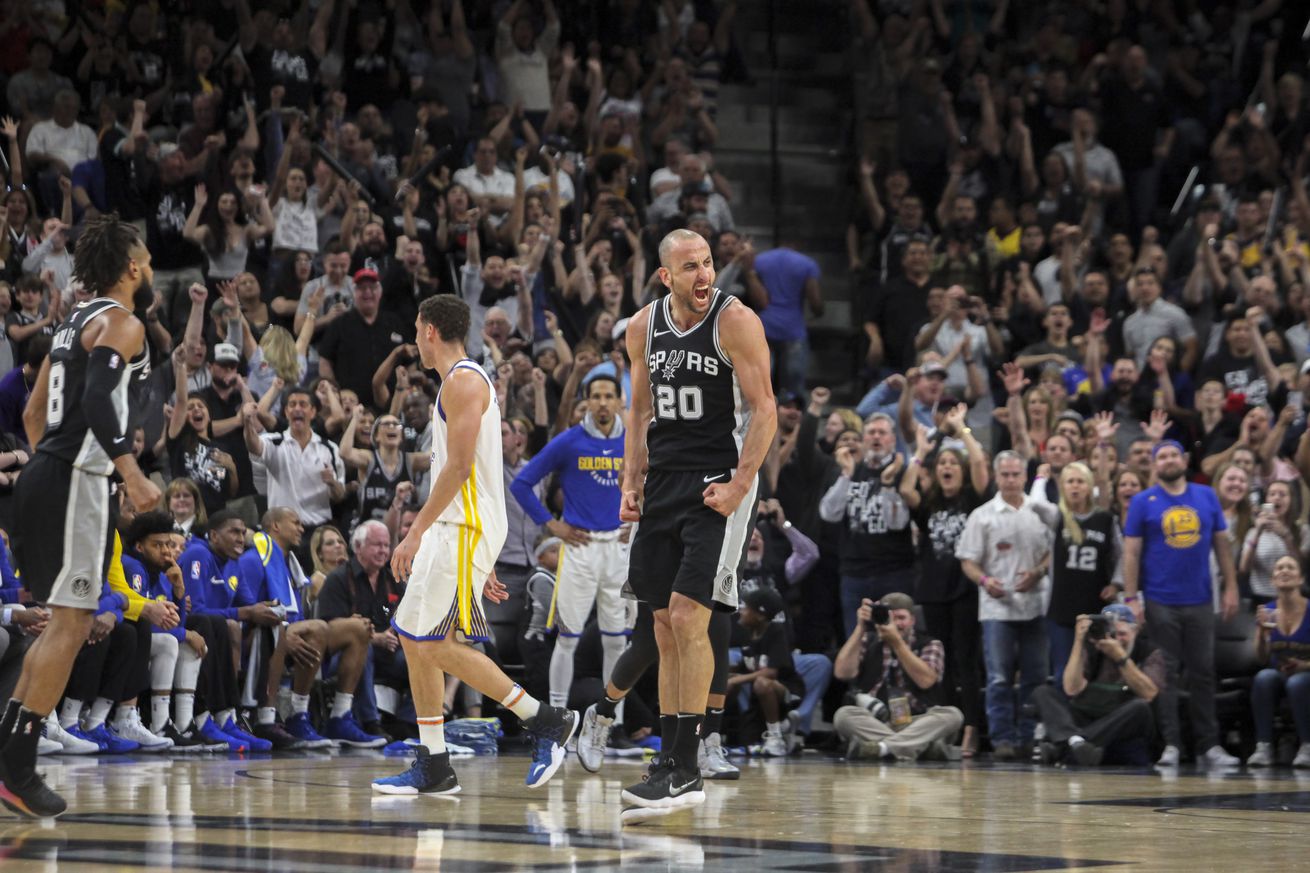 In Ginobili, Spurs fans had the perfect protagonist, a selfless star with a flair for the dramatic, nose for the moment and an unmatched will to win.

The countless Manu Ginobili tributes published this week attest to a vast and uniquely complex legacy that’s easy to speak of through earnest emotion but more difficult to reconcile in sober, concrete terms — that’s what the newly retired Spurs great does to you.

The void Ginobili leaves behind is considerable, and considerably greater than his stats and career accomplishments will ever illustrate. He was, if not the most beloved of the Big Three, the one in which we felt most personally involved. Compared to his array of pirouettes, high-arcing step-backs, and parabolic drives to the basket, Tony Parker’s A-to-B speed and Tim Duncan’s intuitive pivots seem downright perfunctory. His penchant for risk-taking was always torturous and often glorious, a perpetual tug of the heartstrings that shaped a game’s steepest crescendos. His style was both graceful and visceral: everything felt earned, from taken charges to timely two-for-ones. We as fans empathized in the struggle, even as he carried over that same singular will to win into his forties.

Within the structured drama of a basketball game, Ginobili was a most willing protagonist, capable of not only raising the stakes but rewarding fans for their investment. More than any one great Manu play, fans can more readily recall the evergreen notion of him sizing up a moment, usually with a few contemplative dribbles, before rising to the occasion.

Gregg Popovich, whose methodology was once steeped in methodical, risk-mitigated basketball, had long given in to the nihilism of letting Manu be Manu by December of last year. It was then, following a game-winning step-back three-pointer he’d hit versus the Boston Celtics, that Pop was asked to sum up the future Hall of Famer. “You know Manu,” he said with a shrug. “He told me a lot of years ago, he goes: ‘This is what I do.’ He’s amazing. He loves those moments, and he’s come through an awful lot.”

Other NBA greats share that nose for the moment, but few comprised such a dramatic set of contradictions.

For one, we knew Ginobili would go left. It was an assumption embedded both in the mind of the viewer and the best intentions of the defenders he left in his wake. “Ginobili,” said Pelicans coach Alvin Gentry, “He’ll be trying to drive it to the basket when he is in his casket, that’s just who he is. I don’t know if there has been another guy in this league that’s more competitive than he is.”

And while he naturally favored his dominant hand, it was the resulting certainty that forced opponents to overcorrect, angling their bodies and moving their feet accordingly and opening the floor up for the countless idiosyncratic moves that became as quintessentially Manu as his southpaw finishes around the rim. There were tendencies and expectations to his game, to be sure, but more than anything, they existed for Ginobili to leverage or exceed them.

We knew he’d offer up his body with pathologically reckless abandon if it meant wresting an advantage on the floor — a commitment that catalyzed comebacks, iced victories, and took increasingly longer to recover from with each passing year. He took charges by sheer muscle memory, dived for loose balls, and was a magnet for wayward hands, knees and elbows. Rather than shorten his career, Ginobili’s familiarity with pain coincided with a level of self-care that helped him extend his career into his forties.

We knew his best days were long behind him, only to still be awed with dunks and last-ditch heroics through his final game in San Antonio, as he helped will the Spurs to an unlikely win against the eventual repeating champs.

And even after the ensuing loss ended the 2017-18 season, we knew he could play for at least one more—until he finally decided not to. Suspense until the very end, the news was entirely justifiable and expected, and yet our collective hearts sank with the same heft as with an unfruitful buzzer-beater.

Manu Ginobili injected the NBA with a drama all his own, elevating the game to theatrical heights through 16 exhilarating seasons; with his retirement, the game becomes that much more predictable, and a little magic fades with it.