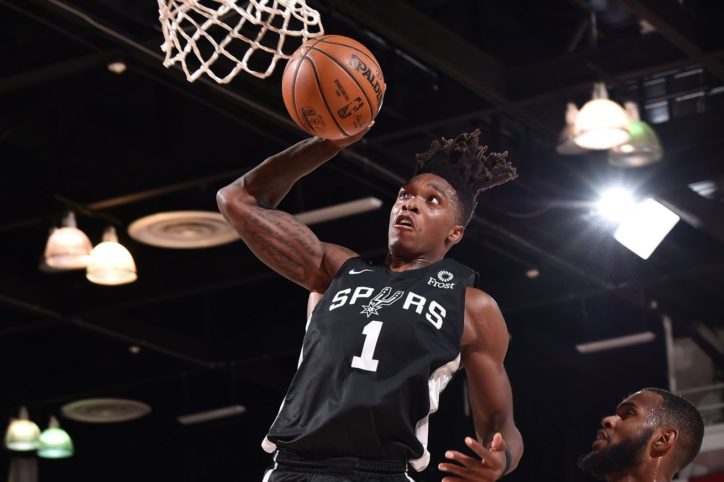 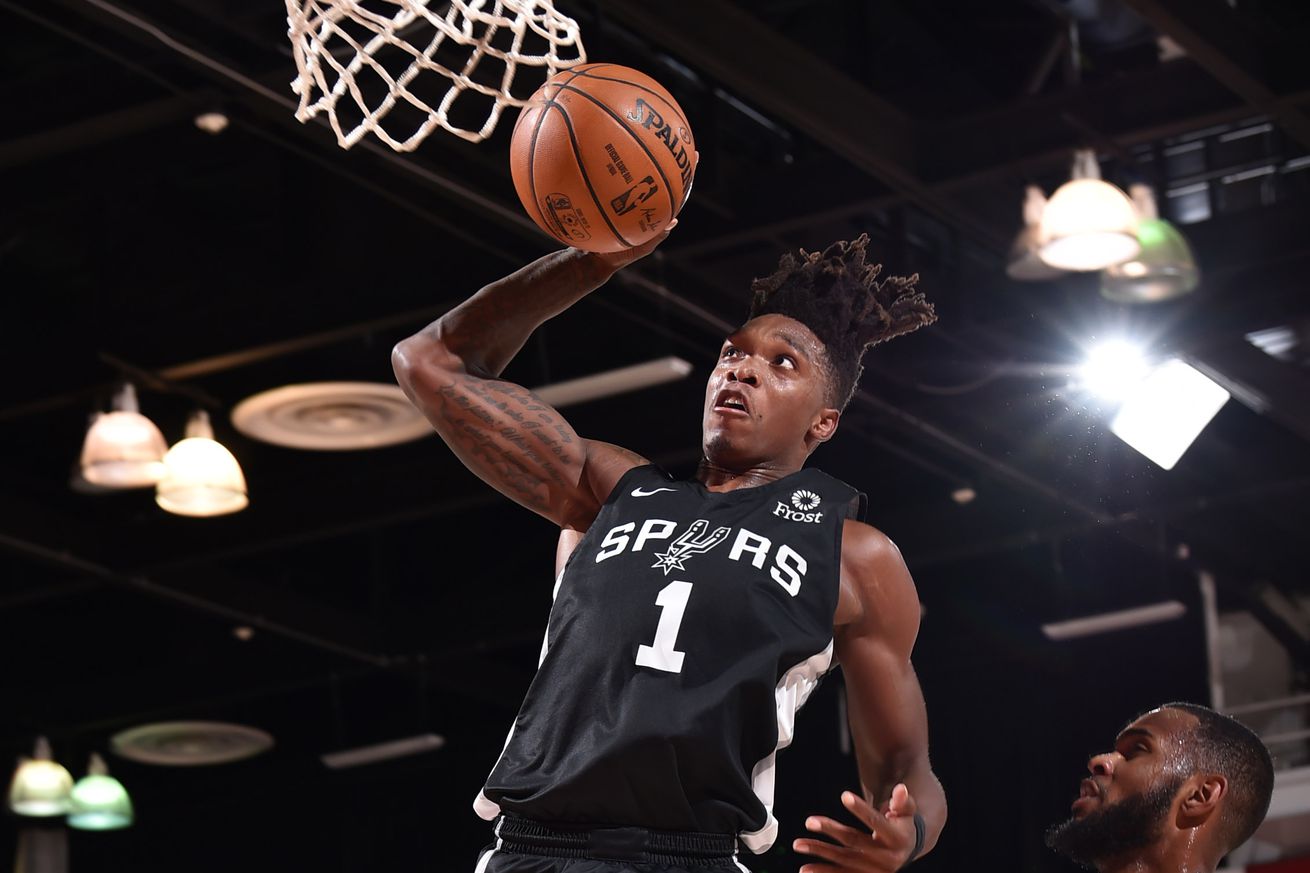 The second-year swingman is brimming with potential and appears ready for a breakout.

The Spurs have had an interesting offseason to say the least, not to mention a more entertaining one than many expected. There have been plenty of ups. They appear to have nailed the draft with three potential steals at different positions in Luka Samanic, Keldon Johnson, and Quinndary Weatherspoon. They retained Rudy Gay on a reasonable deal without compromising their future roster flexibility, and DeMarre Carroll was a very solid, well-priced addition to their shallow forward rotation.

There have also been downs, specifically trading Davis Bertans to create a roster spot to sign Marcus Morris, only for him to renege and join the Knicks. The resulting signing of Trey Lyles is a definitely downgrade from Morris and likely even Bertans (barring a breakout from Lyles), but it’s not a bad backup plan. The reality is the Spurs still upgraded their forward rotation from last season despite the unfortunate turn of events with Morris (who still respects the Spurs, by the way). Had he never entered the picture, most Spurs fans would probably still be satisfied with the current net result. (Just think of it as Carroll replacing Bertans and Lyles, who has more upside and untapped potential, replacing Dante Cunningham. Feel any better?)

However, the biggest upgrades for this club from last season to next should come from within. Dejounte Murray will be back after missing the entire season with a torn ACL, there should be improvement from players entering their second year in the system (namely Derrick White and DeMar DeRozan), but the wildcard will be their 2018 first round draft pick, Lonnie Walker IV, who has been setting the summer league on fire.

His play has not gone unnoticed, even catching the eye of The Ringer writer Jonathan Tjarks, who listed him as one of the most intriguing second-year prospects in Vegas.

Walker doesn’t fit the stereotype of a Spur: He’s a reckless player who comes into the game looking to attack his defender and never stops. He averaged 16.6 points on 43.9 percent shooting in the G League last season, and is averaging 24.8 points on 55 percent shooting in four games in Vegas. It’s hard to blame Walker for rarely moving the ball (one assist per game in Vegas) when he knows he can score at will. At 6-foot-5 and 205 pounds, he can consistently beat defenders off the dribble, elevate over them, and knock down tough jumpers. Walker has no mercy on players who can’t guard him. I almost felt bad for Orlando’s Erik McCree, a 25-year-old who spent last season in Italy, when Walker spent an entire game getting in his face and talking trash.

Walker is an example of a younger player who has to accept that he’ll be asked to do less in the NBA. The Spurs have seven veterans ahead of him (DeMar DeRozan, Dejounte Murray, Derrick White, Patty Mills, Bryn Forbes, Marco Belinelli, and DeMarre Carroll) on the perimeter. He can’t expect to have the freedom to break a play whenever he wants to and hunt for his own shot. Do that too often and Spurs head coach Gregg Popovich will put him on the bench and go with an older player he trusts. Walker, 20, has to knock down open shots, move the ball, and stay engaged on defense.

Tjarks goes on to say that Walker will have to wait his turn behind the players listed above, but that may not be entirely true. Pop may be stubborn about giving rookies minutes if they aren’t 100 percent “NBA ready”, but he’s not a rookie anymore, and unlike Walker, not all the guys listed above are part of the Spurs’ future plan. If Walker’s improvement translates over to the NBA level and he take a similar quantum leap as White did last season (maybe even more), Pop will have no choice but to play him, and I don’t see him hesitating to put Walker in over more limited players like Forbes and Belinelli.

Of course, like everyone else, Walker will have to prove himself to earn minutes away from other established players who have already gained Pop’s trust, but if his SL play, attitude, and hard work are any indication, the Spurs are ready for him to succeed, and he’s ready to deliver.

“I just been working my tail off. I’m very confident on the way I play.”

“Just to play my game. Nothing more. Nothing less. Play great defense and play Spurs basketball.”

“Being under the Spurs’ development, it means a lot. Having coach Chip (Engelland), coach Will (Hardy) and Becky (Hammon) as well they been making me work hard.”

Between, the draft, wild swings in free agency, and Summer League, the last couple of weeks have been a bit of a roller coaster ride for Spurs fans. While things may currently feel on the down thanks to the Morris saga, the pros of this offseason still far outweigh the cons. Next season should be plenty exciting for Spurs fans, both on its own and in measuring their future outlook, so buckle up. It should be a fun ride.

Lonnie Walker could be the key to unlocking the 2019-20 Spurs’ potential
Source: Pounding The Rock