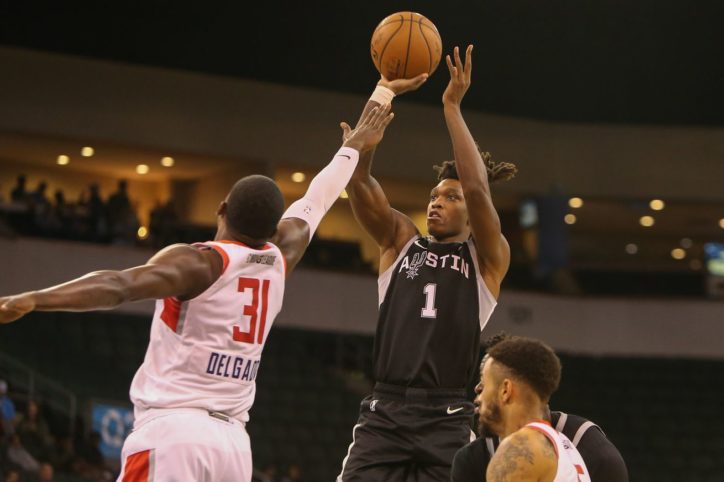 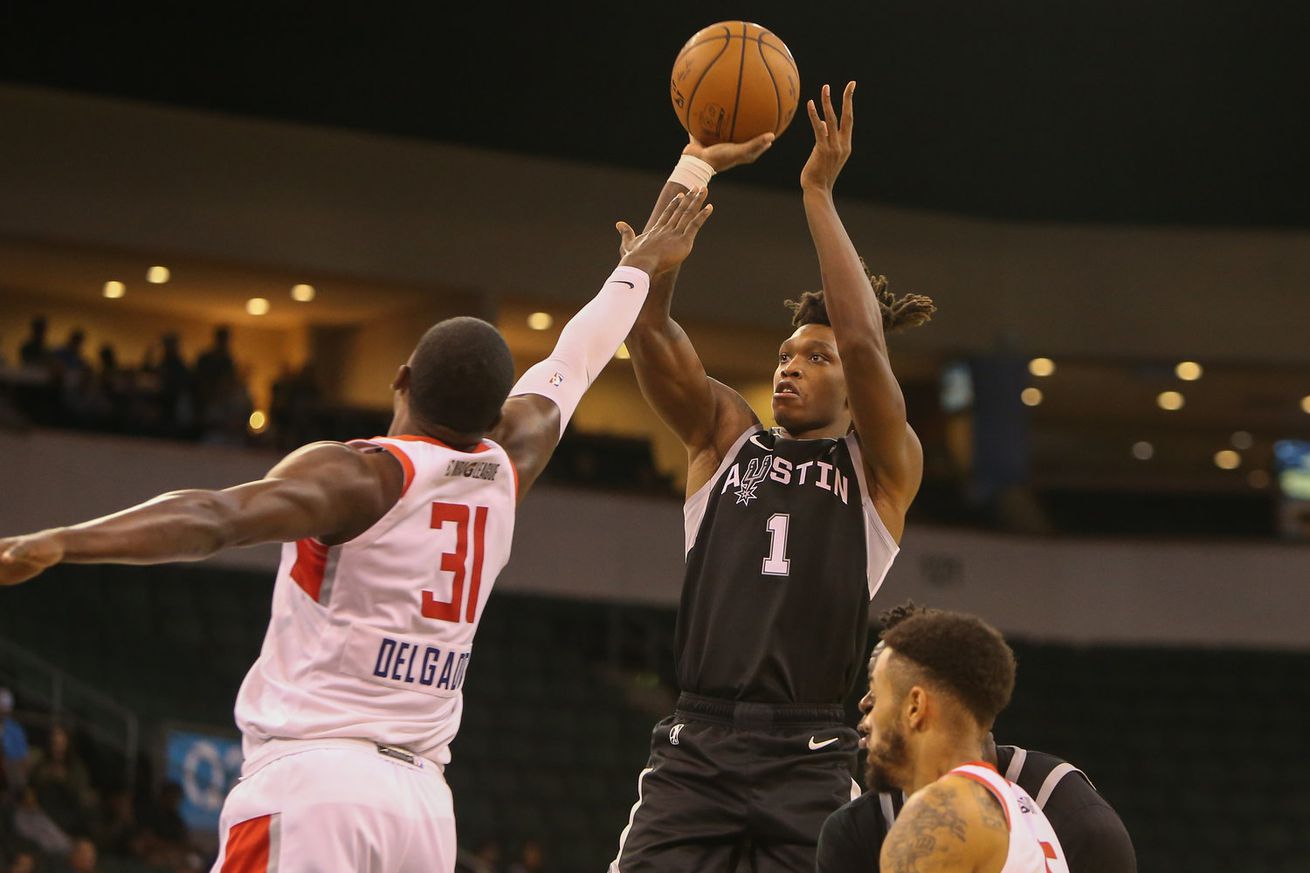 It sure feels like he could play a role in San Antonio this season.

Lonnie Walker IV as appeared in four games for the Austin Spurs since returning from a torn meniscus in his knee back at the end of November, and he has followed up his nice debut with more awesomeness.

His best game so far came on Dec. 6 in a 91-81 win over the Northern Arizona Suns, when he posted 24 points on 10-19 shooting (including 2-5 from three) along with two rebounds and two assists in 24 minutes of action.

He also posted ten points in a Dec. 4 win against the same Suns in Arizona, as well as 14 points and 3 rebounds in a home loss to the Memphis Hustle. Overall, Walker is averaging 15.5 points on 47.3% shooting, 2.25 rebounds and 1.75 assists per game, per Real GM.

If there is anything to nitpick about, three-point shooting is his main concern as he has only hit 2-11 overall so far (18.2 %). Hopefully that is something that will come along as he gets in better shape and finds his legs. He did hit them at just a hair below 35% in college, after all.

Regardless, I don’t know about you, but watching Walker play gets me pumped up. His athleticism, court vision, movement off the ball, impressive drives to the rim, and much more are all things the San Antonio Spurs could use right now. If given the chance, it definitely feels like he could contribute to this club even as a rookie.

Note: If anyone can find more highlights from Walker’s time in Austin, feel free to post them in comments below, and they will be added to this piece.

Another player who has shown some promise in Austin is two-way contract player Ben Moore, who also had an impressive 31-point, 14-rebound outing in Arizona.

Granted, a vast majority of his makes in this one came on semi-open to open looks around the rim, but he doesn’t get those looks without moving and finding his spots on the floor, plus he also showed some nice handles around the rim when he was defended well.

However, similar to Walker, the three-pointer remains a concern for Moore. He only has four attempts in 8 games with zero makes. He showed an ability to make them last season with Fort Wayne Ants when he shot 36.4% from deep (although he hardly shot him at all in college), so as a wing he’ll need to prove they can be a part of his arsenal if he wants to make it at the next level.