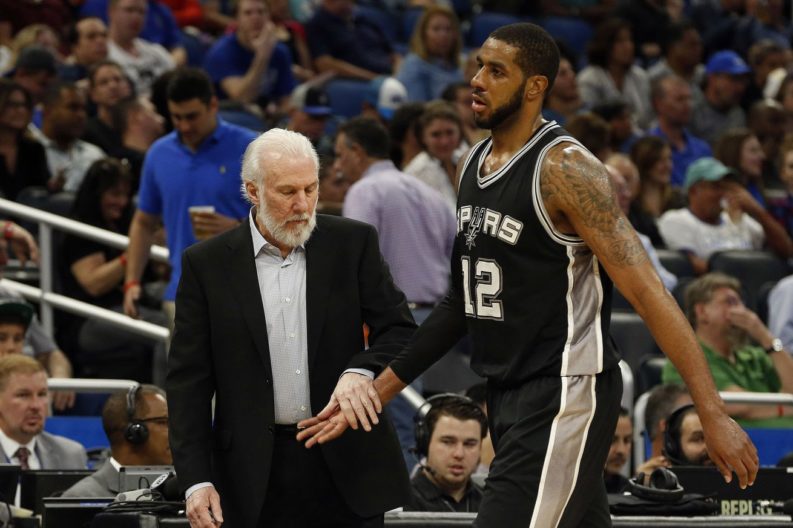 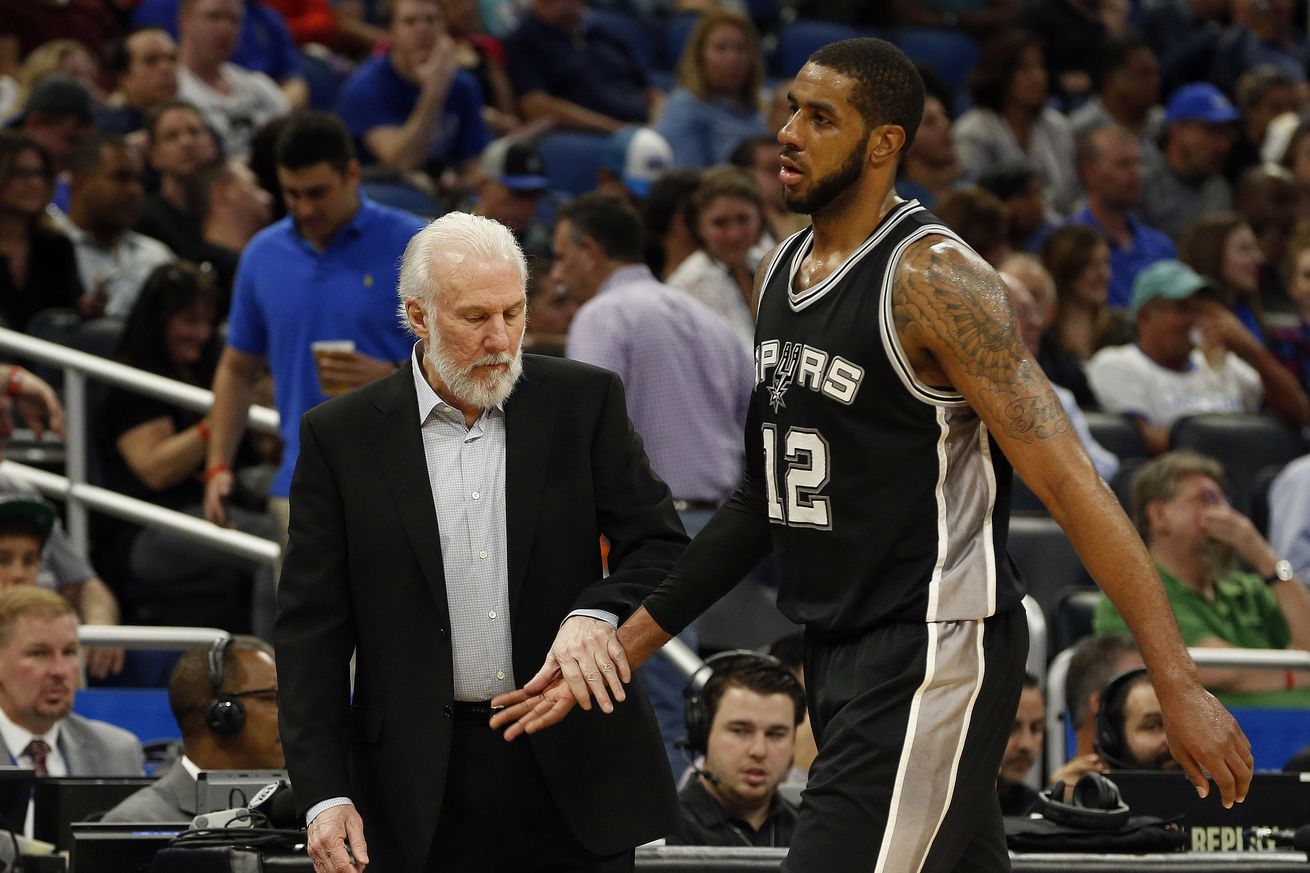 As LaMarcus Aldridge goes, so go the Spurs. This has been a statistical truism in the early weeks of the 2018-19 season, with the team 9-0 whenever their All-NBA big goes for 20 or more points, but the analogue extends beyond that and into how both entities change — or don’t — in an aggressively evolving league.

Aldridge is a basketball artifact, creaky and huge and still situationally effective, even dominant, at stretches of games. No man is an island, but the 33-year-old continues to look most comfortable offensively when left to his own devices, fed the ball early, and allowed to create impossible turnarounds for himself on the block. If you’ve seen one bucket you’ve seen a thousand — you can play them on a loop and watch the other pieces of the floor dramatically shift like a time lapse shot of the Chrysler Building through the decades.

Those possessions can still work today. Depending on the matchup, any given Aldridge post-up or face-up can look as graceful and unstoppable as it has for over a decade: two points earned through leverage, touch and moxie. Three would be too easy, or maybe too hard — it doesn’t seem to matter either way.

But the league is changing around Aldridge, and more than just in how it emphasizes the three-point line. The defenses he faces are hardly static figures for him to use his driveway moves against. Some guys are smaller and quicker and beat him to his spot on the block; others are longer and can anticipate his perfunctory spin to his right shoulder. Opponents are sporadically sending double teams, more often than not from the baseline, that test his alertness and throw off his rhythm.

Aldridge’s methodical approach and dependence on rhythm are hard to overlook in the context of an increasingly disruptive landscape. A professional basketball player’s rhythm is a sensitive thing, subject to all kinds of esoteric subtlety and nuance — the kind of factors that are hard to control in the same way Aldridge once did while biding his time 15 feet from the basket. While today’s tenured big men migrate more and more to the three-point line out of a sense of sheer professional survival, Aldridge remains set in his ways. A September Instagram post about working on his three-point game reads more like trolling than anything right now, with him shooting 0-9 in 21 games, after taking 1.2 per game last season.

The league-wide sea change has also bumped him up a position, from power forward to center — a spot he once resisted so strongly that it reportedly cost the New York Knicks a free agency meeting with him in 2015. He’s playing the position more than ever this season, almost always the lone traditional big man on the floor for the Spurs.

I asked Gregg Popovich about Aldridge’s shift to the five earlier this month. His response: “Well, he has no choice but to adapt because everybody plays small so much.”

Aldridge also shrugged it off as a matter of circumstance more than design:

“In this NBA, there’s no difference [between playing the 4 or the 5]… Five, six years ago, it might have been a difference, but small ball is the new NBA, so it’s no difference… I think my coverages usually stay the same.”

They’re right. To the outsider, Aldridge’s move from power forward to center may be meaningful, but it’s meant relatively little to how he’s played the game. Besides taking part in the opening tip, he’s spent a bit more time defending the rim, and certainly taken on a bigger role in communicating defensively, but the difference between individual and relative change is important, and emblematic of what the team has also experienced over this stretch.

How far can you go when cutting against the grain, even when well-equipped with skill and good intentions? When should they give in to time, age, and the rabble of a million analytics wonks? They’re questions Aldridge and the Spurs may both answer this season.

After pairing Aldridge with DeMar DeRozan and Rudy Gay, San Antonio is looking to once again buck the notion that games can only be won through pace and three-point volume. The Spurs are taking more threes per game than the team ever has before, but they’re still dinosaurs compared to the rest of the league: no team takes more long twos, and only the Cavaliers take fewer threes. There’s a blueprint for how that formula can be successful — just look at the 2015-16 squad’s slow pace and fondness for mid-rangers — but comparisons between the two squads must end right there: the ’15-16 team was fourth in the league in offensive rating, with a historically great defense to boot; this year they rank 13th in offense, and can’t even touch average on the other end. In San Antonio, function follows form rather than the other way around, and the next few months should confirm whether or not that form is fundamentally flawed.

There are certainly more reasons for the Spurs’ struggles than stylistic rigidity. Unprecedented roster turnover, injuries to key rotation players, and an overall drop in talent are all huge contributing factors to a slow start. But we go back to that first Aldridge stat — 9-0 when he eclipses 20, after he averaged 23 last year — and it still feels many of their fortunes have turned on a single axis. As Aldridge goes, so go the Spurs.

Locked in through 2020-21, it’s not likely Aldridge is going anywhere for the next two-and-a-half seasons. His contract isn’t untradeable, but no NBA team embracing the modern pace-and-space conceit will value his skillset as much as the Spurs will, which makes moving him possible but improbable. Consider his corporate knowledge, that Kawhi Leonard and the Big Three are all gone, that there’s no budding frontcourt stars waiting in the pipeline, and Aldridge and the organization feel more fused at the hip than ever before.

What they do over the current stretch of games will depend on the lessons they learn. Maybe they find a way to make things work through a couple of tweaks — Aldridge in how he catches and performs his iconic long twos, and the Spurs in whether they see the need to adapt him and their overall approach to a league trying to leave them behind. One entity may not be able to adapt without the other. As Aldridge goes, so will go the Spurs, and vice versa.