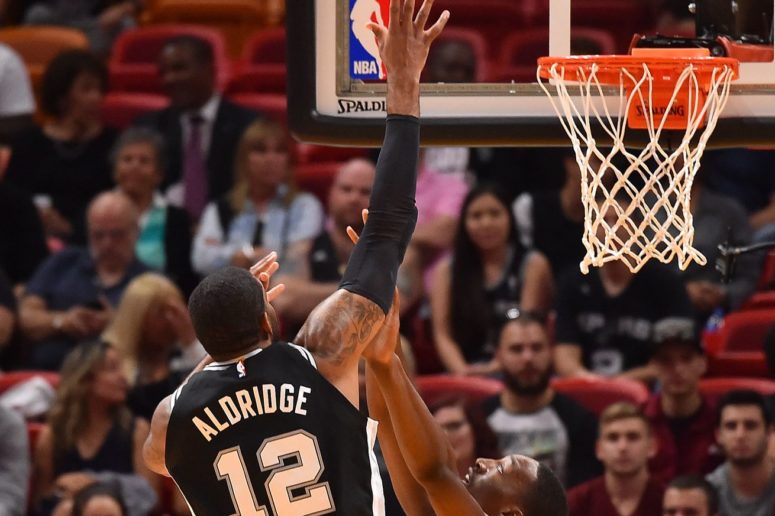 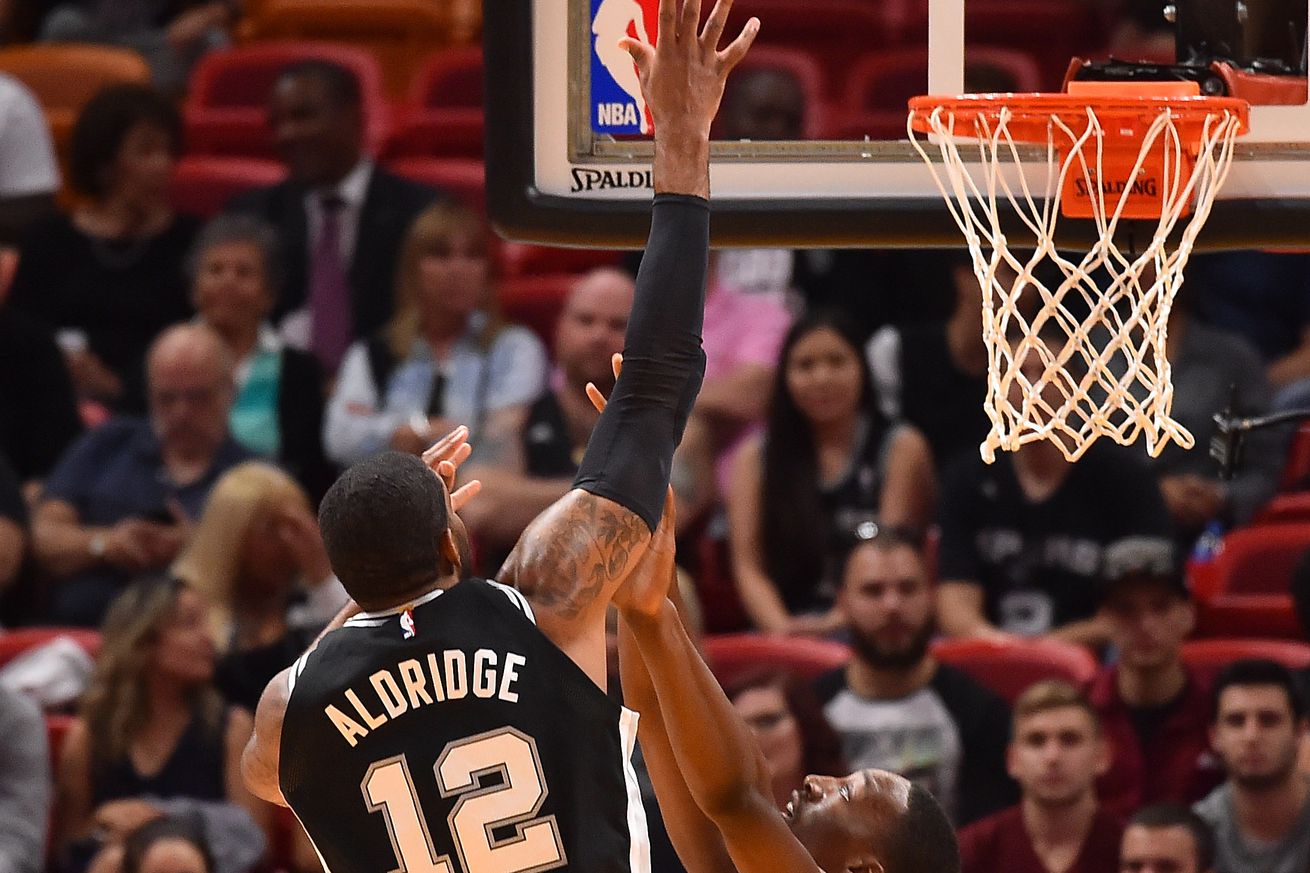 More than any other opponent the Spurs have faced this young season, the Miami Heat live off frantic energy and explosive runs. They’re fast, they’re feisty, they attack the rim, and they force defenses to rotate over and over until someone is wide-open in the corner. Many of the issues the Heat pose for teams were apparent in Wednesday night’s game, but perhaps more than ever, the Spurs—due to incremental improvement nearly across the board on the roster and nice free agent signings—are equipped to downsize without compromising their identity.

While LaMarcus Aldridge continued his scoring tear and Rudy Gay broke the 20-point mark for the first time in his Spurs career, the true difference in the game came down to the lineup flexibility the Spurs flashed late in the third quarter while they dominated the glass and punished the Heat in the paint.

After two-and-a-half quarters of competitive hoops, Pop embraced full-on small-ball and threw out a lineup with Rudy Gay at center — and that was basically the ball game. Gay anchored a switching, rangy lineup consisting of Patty Mills, Manu Ginobili, rookie Brandon Paul, and Danny Green that went on a run that made life uncomfortable for the Heat on both ends, blowing a six point lead up to 15. In a game in which neither Hassan Whiteside or Kawhi Leonard played, the Spurs beat the Heat both with big bully lineups, and small-ball, but it was when the bigs took a rest that the home team really swooned.

Like we’ve seen throughout the preseason and first three regular season games, Aldridge just has a little more bounce this year. He’s dunking regularly. He’s got lift in his jumper. He’s chasing down layups and swatting them into the stands. He’s even pump-faking dudes at the three-point line and getting to the hoop. He’s a different player when he’s aggressive and capable of getting to his preferred spots on the court.

The combination of noted Spurs killers Goran Dragic, Dion Waiters and Tyler Johnson somewhat mitigated Aldridge’s performance in the first half, but in the fourth quarter, while paired with the ultra-small crew from the previous quarter, LaMarcus overwhelmed the Heat with his ability to draw a double-team, and shot making from all over the floor.

As the Spurs continue to treat every team as a Warriors Simulation and switch just about everything on defense, it is inevitable that they will run into a team like the Heat that’s able to burn every sloppy closeout or dumb turnover. But the early signs for the Spurs are encouraging: superior length, size, and rebounding can make up for a pretty large number of mistakes.

Rivals like the Thunder and Rockets landed big names over the summer and the Warriors nailed some fringe moves, but the Spurs based this season on a belief that everyone on the roster will exceed expectations, and through four games it looks like it was the right call. League-wide trends come and go, but even in the small-ball era, the status quo of silver and black dominance continues.