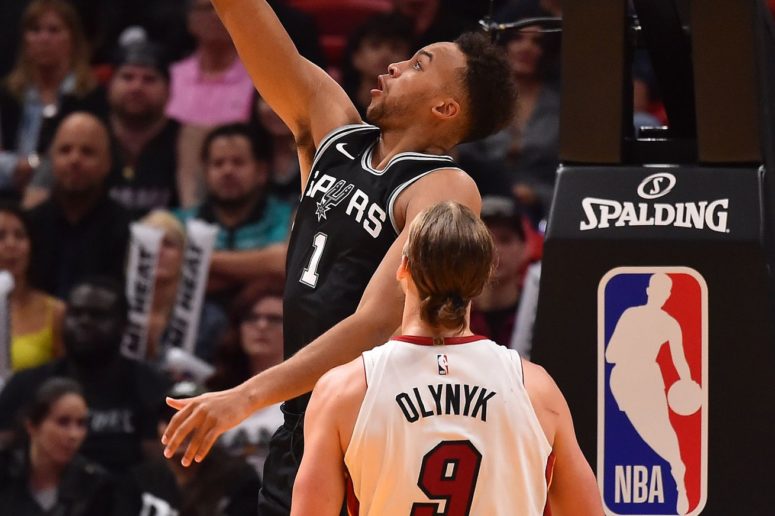 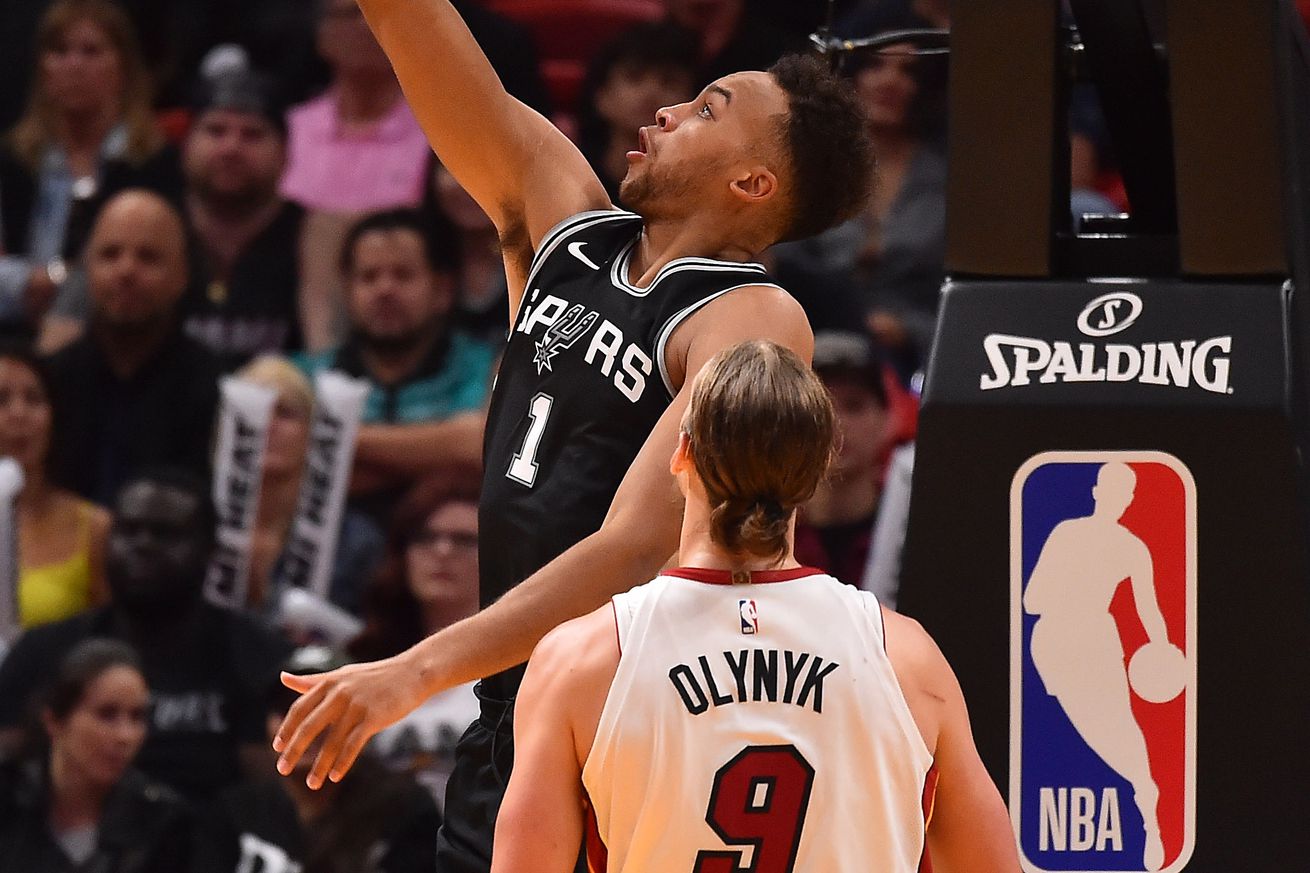 Goran Dragic opened up the scoring with a nice spin and lay in after faking out Pau Gasol, who wore the patented “just smelled a dirty diaper” face. Aldridge hit a beautiful corner 3 after a drive and dish by Danny Green, who then drove for a layup the next time down the court, forcing a Heat TO and again showing his improved play off the dribble. Aldridge hit a fade away from the top of the key to give him double digits in the first quarter. Dragic hit a fade away after a 6-0 run by the Spurs to force Pop to call a TO. We saw another Eurostep layup by Manu Ginobili – at 40 years old – to give the Spurs a 30-28 lead, before Miami tied it up at 30 to end the quarter.

Miami got their first lead of the game on a 3 by Tyler Johnson, before Brandon Paul answered with a 3 of his own. The Spurs took the lead back on a FT by Kyle Anderson, and then Green hit his first three of the game to give the Spurs a 4 point lead, and Dejounte Murray showed off his 7’ 3” reach on a tipped pass out of bounds. Dragic re-entered the game with the Heat down 42-45, and fed Dion Waiters on a floater to force Pop to call time. Miami took the lead after the time-out off a corner three, before Gasol tied it up on a spin hook, and then gave SA the lead the next time down the court. Aldridge got his 18th point off a post up and-one, which he completed. After Tyler Johnson blocked Gasol on a lay in, Rudy Gay cleaned it up to give the Spurs a five point lead. After a missed runner by Manu, SA took a 56-51 lead to the half, with Aldridge leading all scorers with 19, and Dion Waiters leading the Heat with 16.

The third quarter started with a bad foul by Anderson and a bad pass by Gasol, which led to a quick basket and two free throws by Josh Richardson to bring Miami within one early, before Aldridge backed down Miami rookie Bam Adebayo to bring him to 21 on the night. Dragic hit a 3 after some nice ball movement from Miami to bring the Heat within 1 with 7 minutes left in the quarter. Verde drove into the paint – again – for a tough floater, before hitting a corner 3 off the fake to give him 10 for the game. Manu had another gorgeous drive for a lay-in to give SA a 7 point lead, but then Patty Mills threw the ball away, leading to a Dragic 3. Gay completed an and-one after a great drive to the basket, but Dragic followed with a beautiful lay in. Manu answered with a deep 3 while the Spurs decided to play small ball with Gay playing center at 6’ 8”. Manu hit another 3 to make the score 86-71 with 30 seconds left in the 3rd. After Rudy hit the post up fade away to beat the clock, the Spurs took an 88-73 lead into the 4th.

Pop stayed with the small-ball into the 4th, with Brandon Paul, Green, Mills, Manu, and Gay playing the 5. Gay scored the first 5 points of the 4th to give the good guys a 93-73 lead in what was, for the first 2.5 quarters, a very close game. Paul proved his worth again – and Pop’s trust in him – as a 26 year old rookie by hitting a 3 in the 4th. Tyler Johnson continued his incredible game against the Spurs with a fantastic and-one to bring the Heat within 14 with 7 minutes left in the game, and then Dragic hit a corner 3 to bring the Heat within 11. Aldridge then hit a fade away to stop the bleeding and give him 27. Aldridge then hit two FTs and a lay up to give him 31 and the Spurs a 104-88 lead. We got a third Verde three to give the Spurs a 112-97 lead with just under 2 minutes left, and then a Mills three to ice the game. The Spurs shot 56% on the night against a solid Heat defense and again won the boards 45-32 for the win, 117-100. The Heat suffered their first loss at home, and the Spurs continued their early season heat, going to 4-0 on the early season. Aldridge finished with 31 to lead all scorers, but Tyler Johnson impressed with 23 for the Heat.

The Spurs face the Magic in Orlando Friday, October 27 at 7pm. See you then!