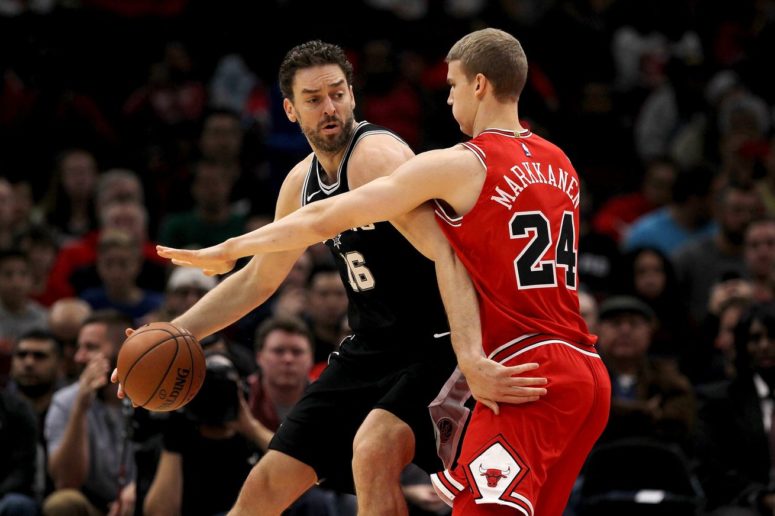 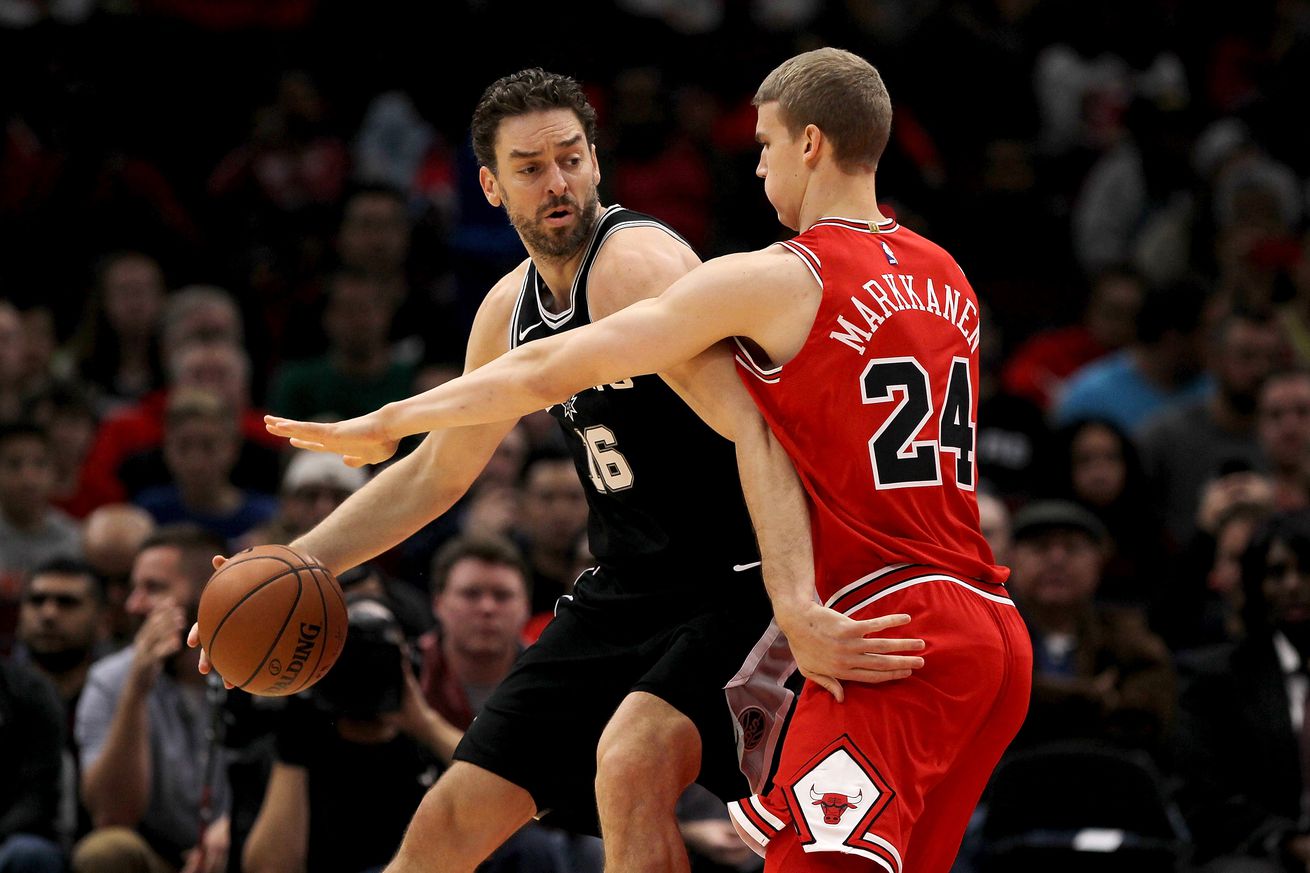 After a lazy first half, the Spurs came alive to beat the depleted Bulls.

For being one of only three teams with more championships than the San Antonio Spurs, you’d never know today that the Chicago Bulls were once the most unstoppable force in sports. The Michael Jordan era has long passed, and other than a brief stint of success under Tom Thibodeau and a healthy Derrick Rose earlier this decade, the Bulls have been seeking a new identity ever since.

The Spurs can relate to the struggles of losing your best player in franchise history to retirement, but the story for each franchise since the retirement MJ and Tim Duncan shows the stark contrast in their respective front offices. While the Spurs had Kawhi Leonard waiting in the wings and have built a contending team around him, the Bulls are currently directionless, having traded star Jimmy Butler for little in return and promising draft pick Jordan Bell for cash considerations, leaving the Bulls with little to build on besides Finnish rookie Lauri Markkanen.

However, you never would have known about the large chasm in talent currently separating the two franchises based on the first half of this game. It was a sloppy, low-scoring affair with the Spurs mostly playing down to their opponent. Early on, LaMarcus Aldridge and Pau Gasol looked like the only ones who showed up ready to play.

The highlight of the first half was Manu Ginobili getting the steal and dunk towards the end of the second quarter and coming down no worse for wear. It was part of a 7-3 run (the fact that this feels like a “run” tells you how dull things really were) to get the Spurs out to a 41-38 lead at halftime, led by 12 points from Aldridge. This was despite the Spurs hitting zero threes to the Bull’s five.

Robin Lopez briefly became a shooter in the third quarter, hitting a three and a couple of jumpers to give the Bulls the lead back. Aldridge continued to be the bright spot for the Spurs on offense, forcing his will down low and on the boards. The defense ramped up, Danny Green hit the Spurs’ first (and only) three of the night midway through the quarter as part of a 17-2 run, and the Spurs led 65-55 heading into the final frame.

By the fourth quarter the Spurs once again looked like a well constructed team against a young, depleted, rag-tag group of players with no real direction. The Spurs got the lead as high as 19 before the Bulls found some momentum and closed to score down to 87-77 at the end of the game, but it was too little, too late for them.

In the end this game gave Gregg Popovich some film room material, especially on how not to close a game, but he should still be happy with his team’s defense. After all, we all know Pop would take an ugly, low-scoring affair with solid defense over a high-scoring, defenseless match every day of the week.

He was the lone bright spot for the Spurs for 2 1⁄2 quarters. Without his performance, this could have been an ugly one for the Spurs. It also made him only the second Spur to post a stat line of 25+ points and 10+ rebounds in the first two games of the regular season. The other was Tim Duncan in 2004.

Dejounte Murray. After a slow start, the young guard came alive for a well-rounded performance of 8 points, 10 rebounds, 6 assists and 2 steals. He also showed plenty of ability as a floor general, showing players where to be on the floor and identifying mismatches. If he keeps this up, it might be Tony Parker who has to work to get the starting spot back from him.

The first half performance: it was downright ugly. The Spurs were playing down to an opponent that had no business hanging with them, even minus two starters. That can happen sometimes on the road, but other teams won’t be as forgiving if the Spurs start too slow in the future.

The Spurs return to the AT&T center to take on the Toronto Raptors on Monday at 7:30 PM CT.