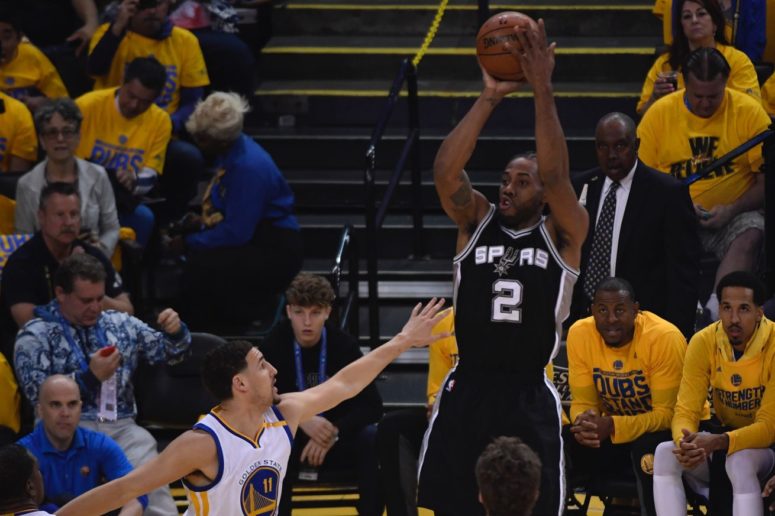 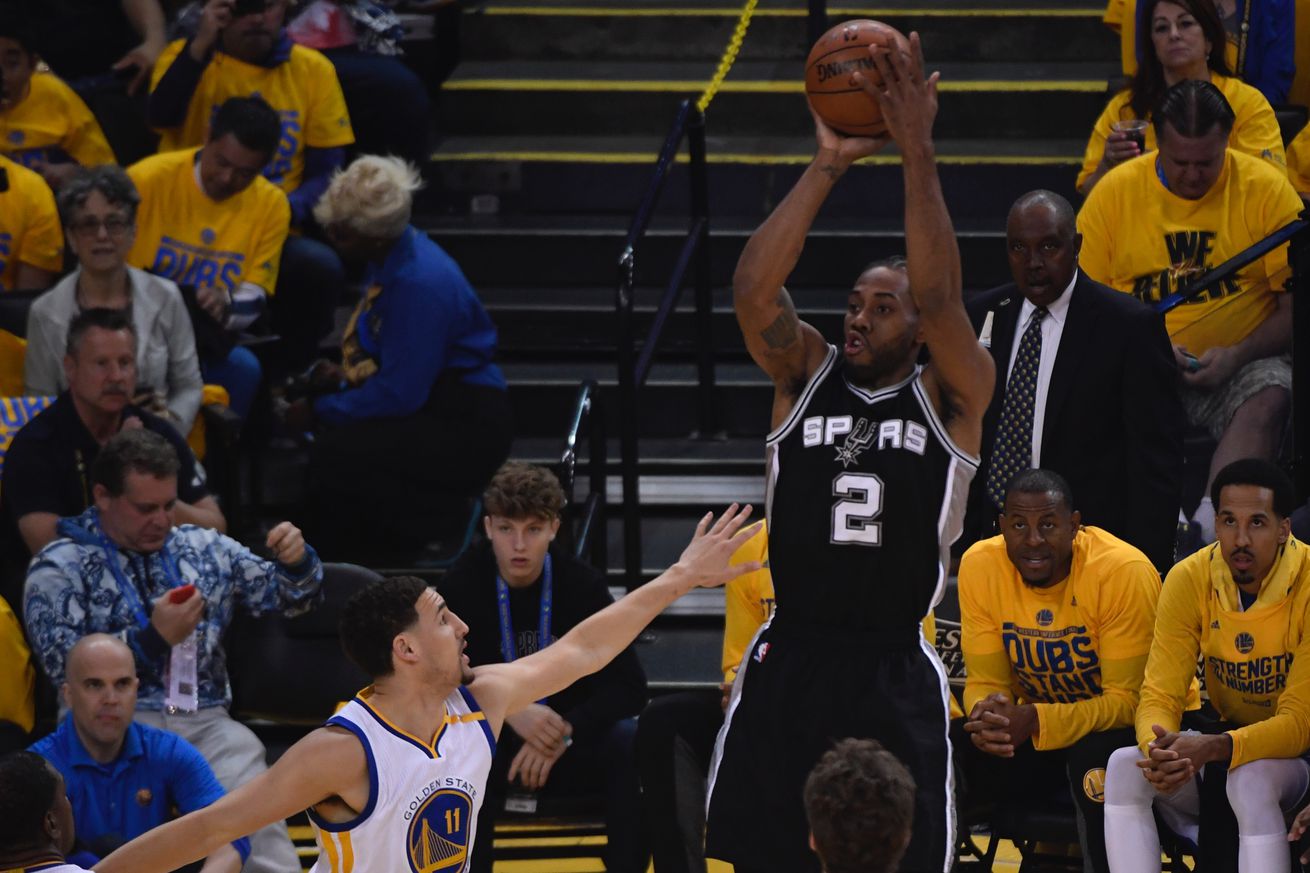 The Spurs forward isn’t expected to play in Game 2, but his test results give hope that he won’t remain out for long.

The Spurs have officially listed as Kawhi Leonard (ankle sprain) as doubtful to play in Game 2 tomorrow, which is pretty much what everyone expected coming into today.

The good news, however, came from ESPN’s Michael Wright, who reported that Leonard’s MRI confirmed there had been no structural damage done to the ankle. That leaves optimistic fans eyeing a potential Game 3 return.

Leonard left in the second half of Game 1 on Sunday after landing on Zaza Pachulia’s foot. He also missed the end of Game 5 and all of Game 6 versus the Houston Rockets, due to the same injury.

There are three days of rest between Game 2 and Game 3, which will be on Saturday back in San Antonio.