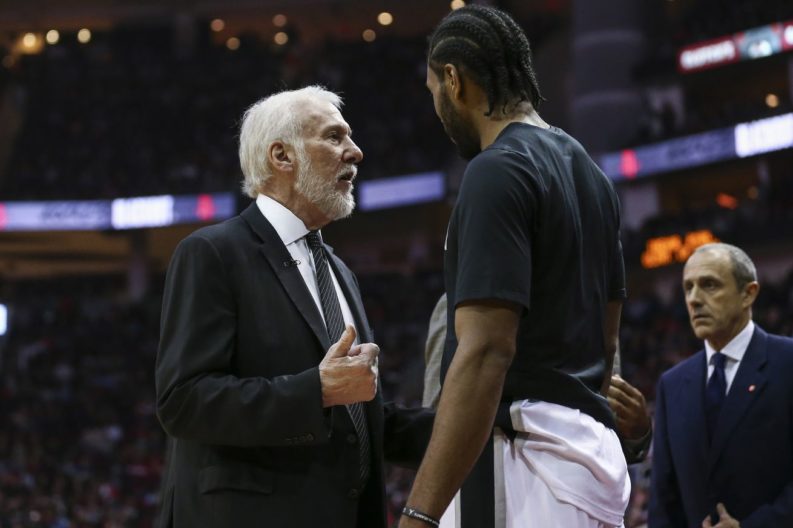 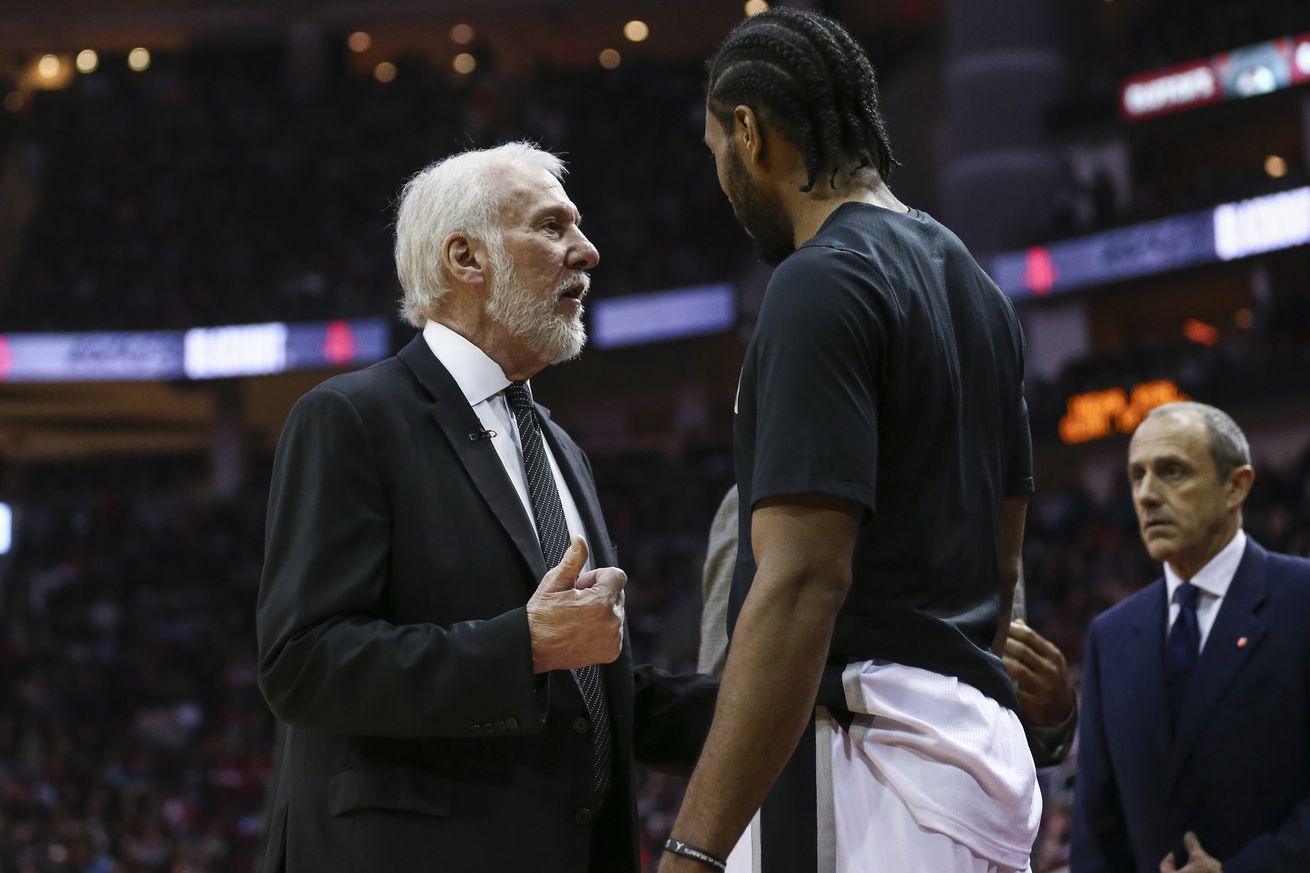 Leonard finds humor in the idea that there is anything lacking in his leadership skills.

Ever since the regular season started, it has seemed like the Summer of Kawhi would finally take a back seat to what is going on in the present. The calmness lasted for a while, but that all changed when prior to Saturday’s game against the Bucks, Gregg Popovich was asked how Patty Mills has grown as a leader for this Spurs team.

He praised Mills’ attitude and leadership qualities, but when followed up with a question about how important that is now that Manu Ginobili and Kawhi Leonard are gone (not to mention Tony Parker and Tim Duncan), he got blunt, stating that while the Spurs definitely miss Leonard’s talent, he wasn’t a leader. Maybe a little overkill, especially considering the media has mostly taken Leonard’s side of the story, but it’s not a lie, and this is the perspective Leonard chose to portray for the last seven seasons.

It was enough for to trigger a response from Leonard — the first time we’ve heard him directly address anything Spurs-related — when asked about the comments himself:

“I heard about it. It’s just funny to me because, you know, I don’t know if he’s talking about last year or not, but I guess when you stop playing they forget how you lead. Other than that, it doesn’t matter. I’m here with the Raptors. My focus is on the season and not what’s going on the other side.

“I lead by example coming into practice every day. Just going hard and coming into these games mentally focused. You can’t see things once you’re playing on the floor. Guys ask me questions about their match-up or if I see something on the floor, I’m telling guys, ‘Go here, go there,’ just motivating people, do you know what I mean?

”I’m just trying to lift people’s spirits up, that’s about it. Don’t try to get anybody too down, just lift them up.”

Well, at least we now know the word “funny” exists in Leonard’s vocabulary, but it’s ironic that he specifically refers to last season possibly being the source of those comments without telling us why that would be the case (of course, we know the answer). Maybe he knows that despite being propped up as the victim by the media and his new team, his display last season — the games of hide-and-seek in New York, not answering the Spurs calls while on an NBA-sanctioned trip to China, not supporting his team on the sidelines, etc — has had at least some effect of his reputation, even though his play this season is quickly (and unsurprisingly) overriding that.

Clearly Pop’s comments were enough to get him talking, so maybe once the Raptors visit San Antonio on January 3, he’ll actually show up for interviews and face the San Antonio media, knowing he’ll finally have to answer some questions over what transpired last year. If he chooses not to face the music or just responds with generic answers like “I’m just here to play,” we’ll finally know once and for all who he really is.