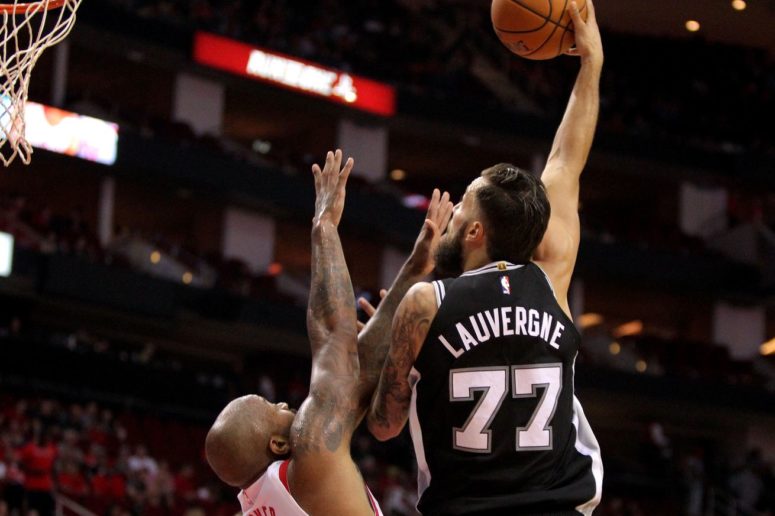 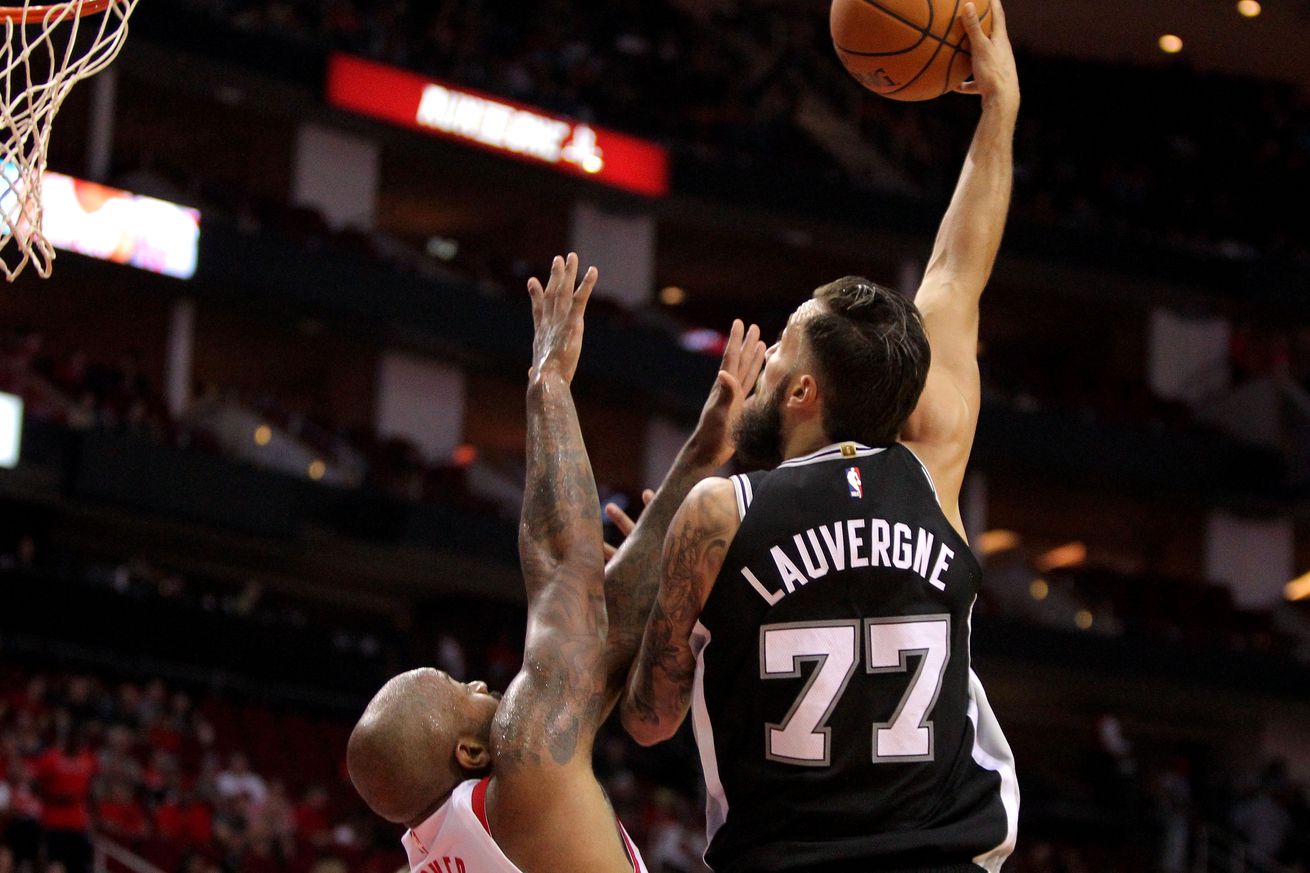 The Spurs third Big Man is ready to join the fray.

Well, it’s about time. After missing the last 10 games with a right ankle injury, Joffrey Lauvergne is reportedly available this Tuesday to play against the Dallas Mavericks. To be exact, head coach Gregg Popovich said, “I would be surprised if he wasn’t ready for Dallas.”

The 6’11” big man joined the Spurs this summer as a free agent after playing for the Denver Nuggets, Oklahoma City Thunder, and Chicago Bulls during his first two NBA seasons.

Lauvergne appears to be the next in a string of NBA big men who come to San Antonio to maximize their potential. Like Dewayne Dedmon, Boban Marjanovic, and Aron Baynes before him, the Frenchman is expected to benefit from the Spurs system and develop well with the second unit. Lauvergne will be backing up Pau Gasol and LaMarcus Aldridge. Add Tim Duncan’s appearance to the practice schedule and you can see that the ceiling for Lauvergne’s potential is high.

In his only regular season appearances as a Spur (the first three games of the season), Joffrey was already averaging 6 points and 5.3 rebound in just over 15 minutes. But to understand what he is bringing to the table, you have to watch as Lauvergne pulls down an offensive rebound, quickly turns and surveys the court, and then directs traffic before making an assist on the second-chance score.

Check the 1:10 mark here to see where his ability was already settling into the Silver & Black:

With the additional return of Tony Parker and Kawhi Leonard, Lauvergne’s court vision and basketball IQ will be enhanced when grouped with Mills, Ginobili, Gay, and Kyle Anderson. Add to that list Davis Bertans, who was teammates with Lauvergne for two years in Serbia, and the options for on-court chemistry increase dramatically.

Look for Joffrey Lauvergne in limited minutes tomorrow night. Who knows, he might even get some upper echelon minutes against Dirk Nowitzki.