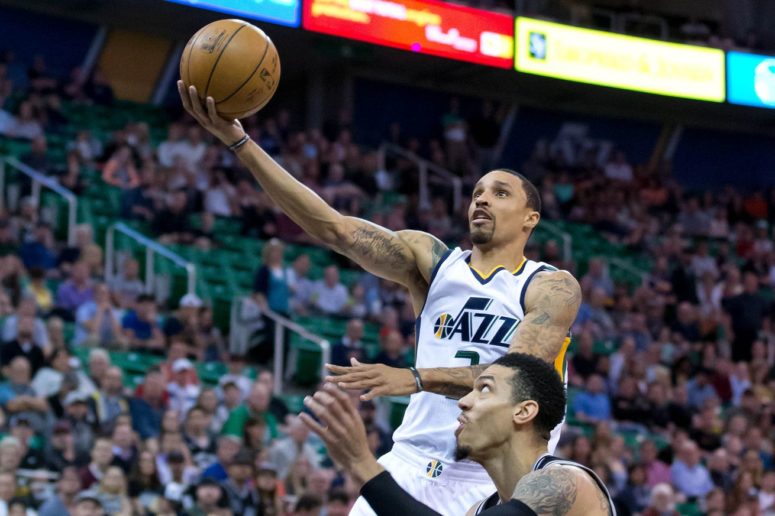 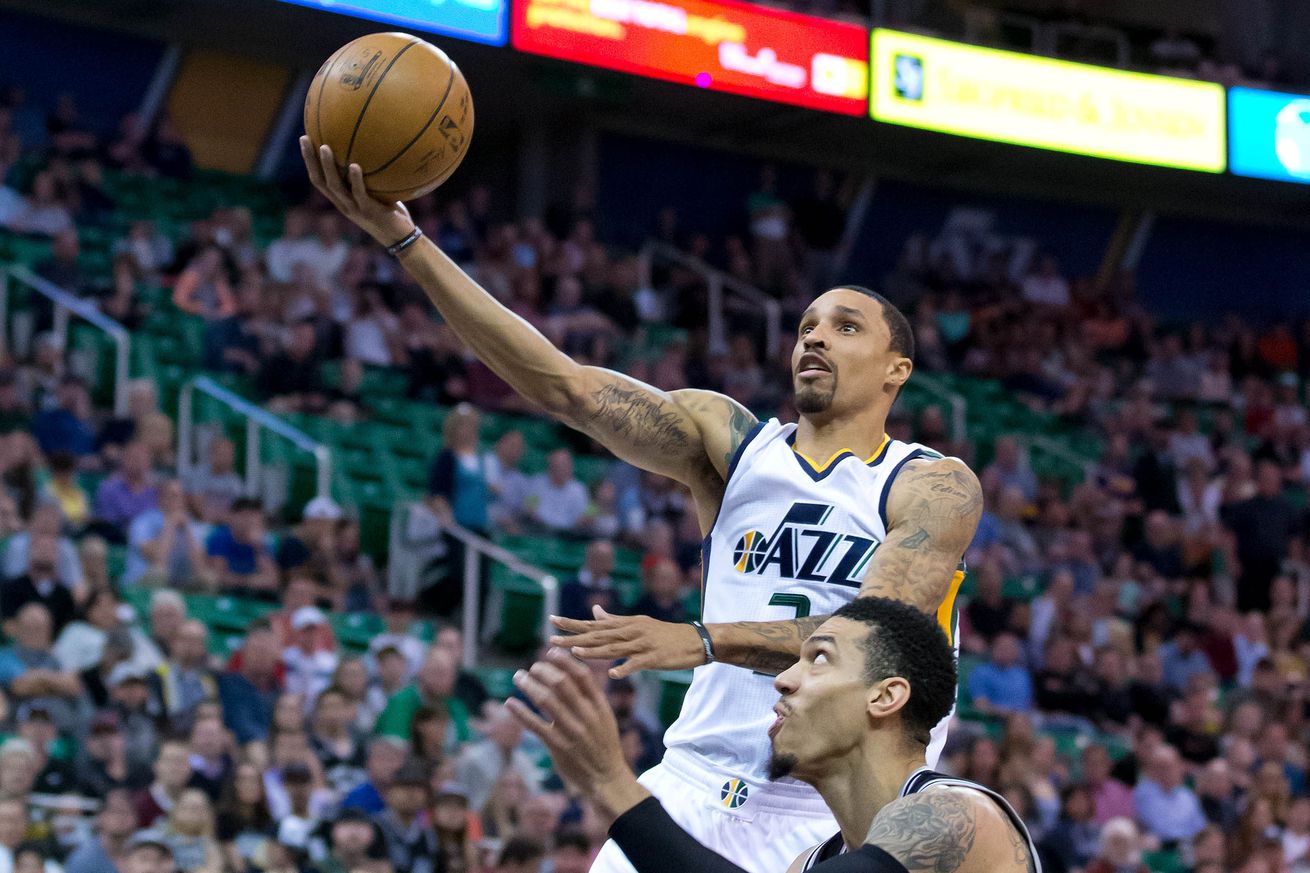 The former Spur would be a great fit in San Antonio if they were to land him in free agency.

With Chris Paul joining forces with James Harden in Houston, the Spurs’ offseason plans may be entering contingency mode. That could mean standing pat and doing an NBA 2K simulation for 2018, or it could mean continuing to try and move some pieces around to make room for another point guard. If they decide on the latter, a George Hill return makes plenty of sense.

As noted yesterday, the team and Pop’s favorite player have a reported “mutual interest.” And while those are the same words used to accent the Paul rumors, Hill’s ties to the organization and community certainly lend them a bit of weight. He’s obviously not the same caliber player as Paul, but he was 6th last season in Real Plus Minus among all point guards, will have an immediate familiarity with the coach, and his price and fit could be more palatable to San Antonio heading into next season.

Hill’s size at point guard gives teams a lot to work with — we saw it in Indiana with the Pacers starting him and the undersized Monta Ellis together.

Few things are set next season for the Spurs, who could be looking to give Kawhi Leonard more playmaking duties and would like to get a better idea of what they have in guard Dejounte Murray. They also have a couple of tweener forwards under contract in Davis Bertans and Kyle Anderson, who should be able to slide into multiple positions next season. They may or may not have LaMarcus Aldridge or Danny Green, depending on the accuracy of this year’s free agency rumor mill, and Tony Parker will be rehabbing for a while.

You can play Hill alongside Green and roll out one of the league’s best defensive backcourts. If Pop wants to continue trying out Bertans at the four (where he brings terrific spacing but leaves much to be desired on the defensive glass), Hill helps shore up those deficiencies. Play him and Murray together and you have a formidable secondary ball-handler, as well as about 14 feet of wingspan to terrorize opposing guards. That’s handy, as it also gives the Spurs a point guard of the present who doesn’t inhibit the development of their potential point guard of the future.

Few players are as ball-dominant as Paul, who’s at his best orchestrating pick-and-rolls and knifing through the defense. That’s fine for most teams, but Hill is probably the better fit in San Antonio, where Leonard is growing increasingly more comfortable initiating offense. Playing the same amount of minutes per game (31.5), the Jazz guard controlled the ball for a minute less than Paul and had a lower usage rate (23.5%) than teammate Gordon Hayward (27.6%).

Hill also had a 59.7 effective field-goal percentage in catch-and-shoot opportunities last year, which included making his 2.7 spot-up three-point attempts per game at a 40.6% rate. And he was great from all over the floor:

The more threats the Spurs offense can have in the pick-and-roll, the better. Hill was in the 91st percentile of ball-handling PnR players last year, scoring 1.00 points per possession — better than anyone else on the Jazz. Having Rudy Gobert as a rim-runner certainly helped, but Hill would likely remain effective in San Antonio’s motion-heavy system.

Another bonus: Hill was even more efficient (96th percentile) in hand-off plays, scoring 1.29 points per possession. The Spurs haven’t leaned on those plays too much, but it would be a fun wrinkle to see implemented more often as the roster and its strengths change.

It’s true, Hill turned down a three-year, $72 million extension from Utah, but things change fast in free agency, especially with the salary cap lower than pretty much everyone expected. Sometimes the first player to sign sets the market or lower than anticipated. Sometimes a player waits too long and the demand at their position dries up. Sometimes they settle to play for a contender (if just for one season) at a lesser rate.

I wouldn’t expect the Spurs to overpay for Hill, whose camp once believed he could fetch something in the realm of $132 for four years. That’s likely too much, but at the right price, if free agency doesn’t quite go as he planned, Hill could be a most logical piece for the Spurs to add this summer.