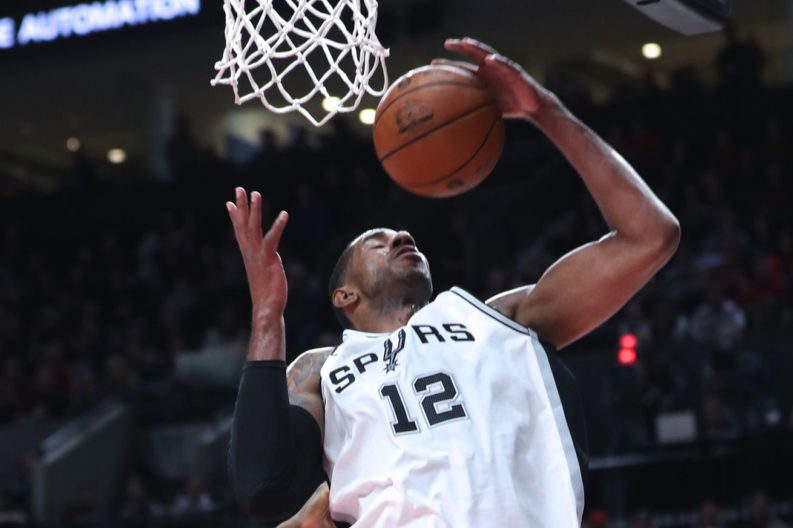 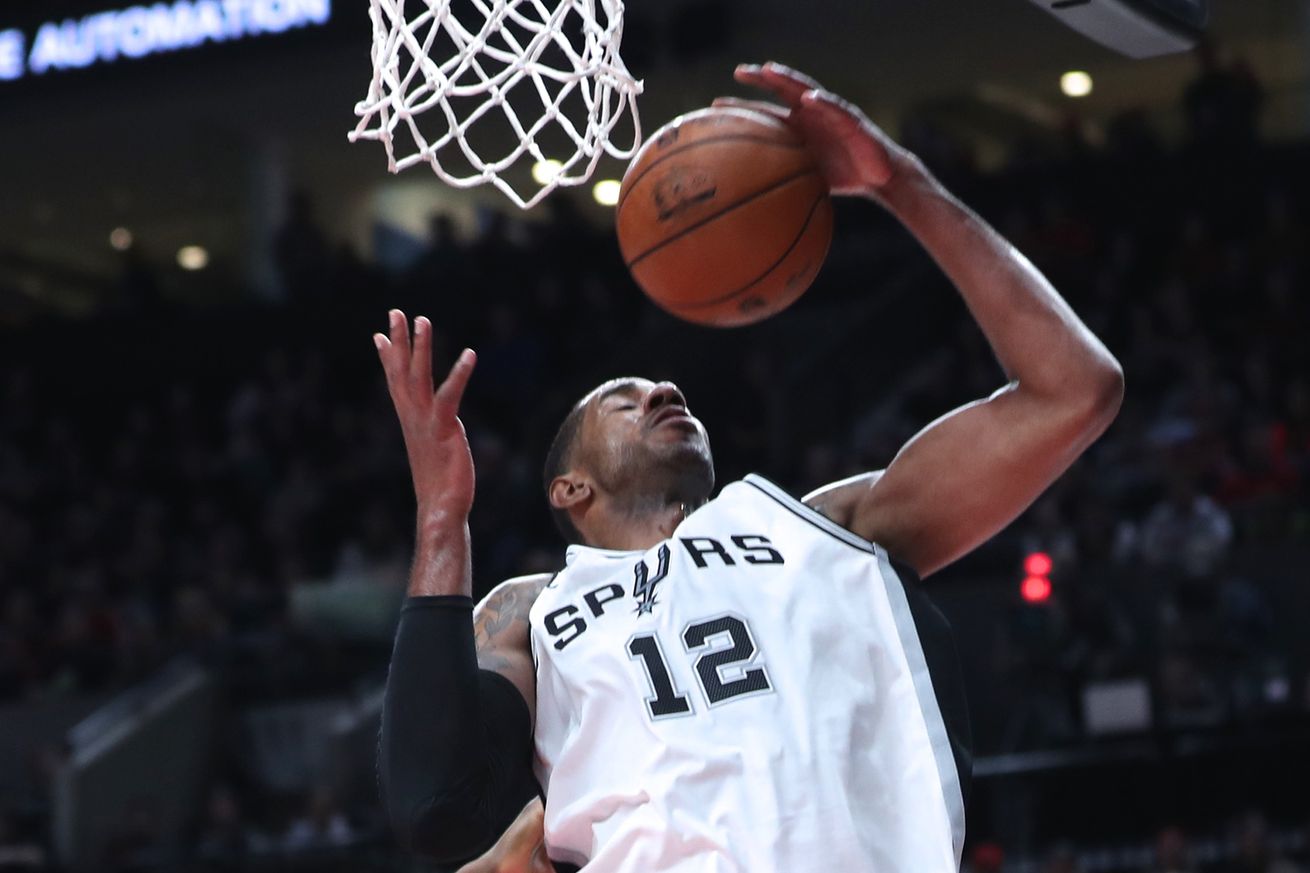 If the final two plays of the game were ignored, Spurs fans should feel good about Sunday’s match against the Portland Trail Blazers. With Tony Parker, Danny Green, Kawhi Leonard, and Rudy Gay sitting out on one side and Damian Lillard out on the other, neither team sported optimal lineups, but there was still plenty to learn from the game, and it was mostly about the young guys.

For all the progress that young players like Kyle Anderson and Dejounte Murray have justifiably received praise for, Bryn Forbes and Davis Bertans have not been far behind. While neither have ever been mistaken for lockdown defenders throughout their short careers, both second-year players have made strides on the defensive end, and have worked themselves into being serviceable role players on a team expected to make a deep playoff run.

Forbes’ feel for where he fits on offense has been fairly smooth—which could very well be due to playing alongside starters—but he has been an effective safety valve for when other options do not produce quality looks, regardless of who else is on the floor. He has become comfortable being run off the 3-point-line and either into a jumper near the free-throw line or a floater in the lane, and has flashed the ability to read the floor for open teammates if his jumper isn’t available. His big summer league showing generated waves because of his scoring, but perhaps his most impressive growth has come as a playmaker with multiple reads to make.

Unlike Forbes, who was thrust into meaningful playing time early in the season, Bertans has been a more recent contributor, and he is making good on his chances. Bertans cannot be trusted to consistently run a pick-and-roll as a ballhandler, nor can he be counted on to serve as the third big man in the rotation, but he can provide shooting, a dose of speed and athleticism, and a little unpredictability. He is capable of protecting the rim occasionally, he runs the floor and searches out 3s, even if they’re from 30 feet, and he does not seem to fear the moment.

Whatever the postseason may hold, Forbes and Bertans are getting their reps in early, and shouldn’t shy away from important minutes, should they be called upon. Even with a healthy squad, both players have the potential to earn minutes in specific matchups, and both have the talent to contribute on both ends.

Another meaningful take-away from the game should be the effectiveness of Pau Gasol and LaMarcus Aldridge down low against an expected playoff team. Even with a quality defender in Al-Farouq Aminu and a large rim deterrent in Jusuf Nurkic, the Blazers often looked stumped by such a skilled and long frontline.

Like the December 20th meeting between the teams, Gasol was able to freely launch from 3 and get quality looks down low against the Portland defense. His defensive limitations against a playmaker like C.J. McCollum in the pick-and-roll somewhat mitigates his effectiveness on the offensive end, but his brainy game on both ends of the floor is still a little bit of an unsolved problem for the Blazers.

Despite having an unpredictable double-team rush him at various points throughout the game, Aldridge looked like the best player on the floor for the entire game on Sunday night. He outmuscled Nurkic down low, he bullied Aminu in the post, and he confidently continued his work as the offensive hub that has kept a depleted Spurs team a top-three seed out West. He even showed off the much-improved athleticism in his game Sunday night by powerfully finishing off an alley-oop pass from Gasol and by out-jumping Blazer defenders on offensive boards. He may have missed the final shot attempt of the game, but he wasn’t the reason the Spurs lost.

It would feel a bit foolish to not mention the hot streak that Manu Ginobili is currently on. In 27 minutes of action, Ginobil went 6-9 from 3 and had three difficult finishes in the paint in the first half over Blazer defenders. In 2018, Manu is 11-16 from deep and has clearly benefited from multiple days off between games. It isn’t the best he’s ever played, but it’s one of the hottest shooting streaks of his in recent memory, and is sure to be what keeps fans talking.

Give credit to Portland for gutting out a win at home against a rested, but limited, Spurs squad. Mo Harkless, McCollum, and Shabazz Napier all played great games, and the Blazers are a solid playoff team for a reason.

The game didn’t finish the way Spurs fans may have hoped, but that shouldn’t change the fact that Sunday’s game served as a great example of The System working. Pop’s been able to plug nearly any player on the roster into the rotation this season and found positive results, and with the injuries plaguing the squad, such a luxury cannot be overstated.

-Kyle Anderson vs. Evan Turner has to be one of the most unorthodox matchups of the season.

-Dejounte Murray struggled and Shabazz Napier played really well, but give DJ credit for being under control. He just looks so much more comfortable out there now when compared to the early parts of the season, and his three turnovers were not due to out-of-control passes that had no chance of working.

-Other than Aldridge, no one else on the Spurs made a big difference on the offensive glass.

-Portland’s R E D jerseys grew on me by the end of the game.

-During Sunday’s game, Manu Ginobili reached 8,000 points off the bench for his career.