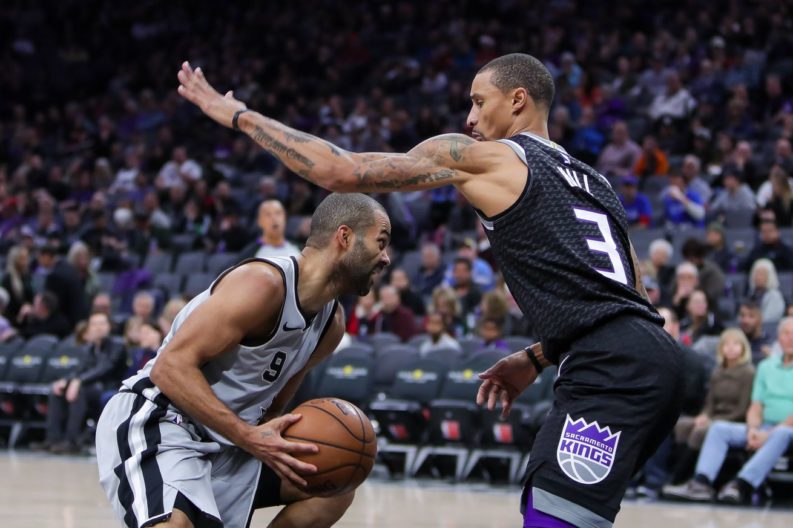 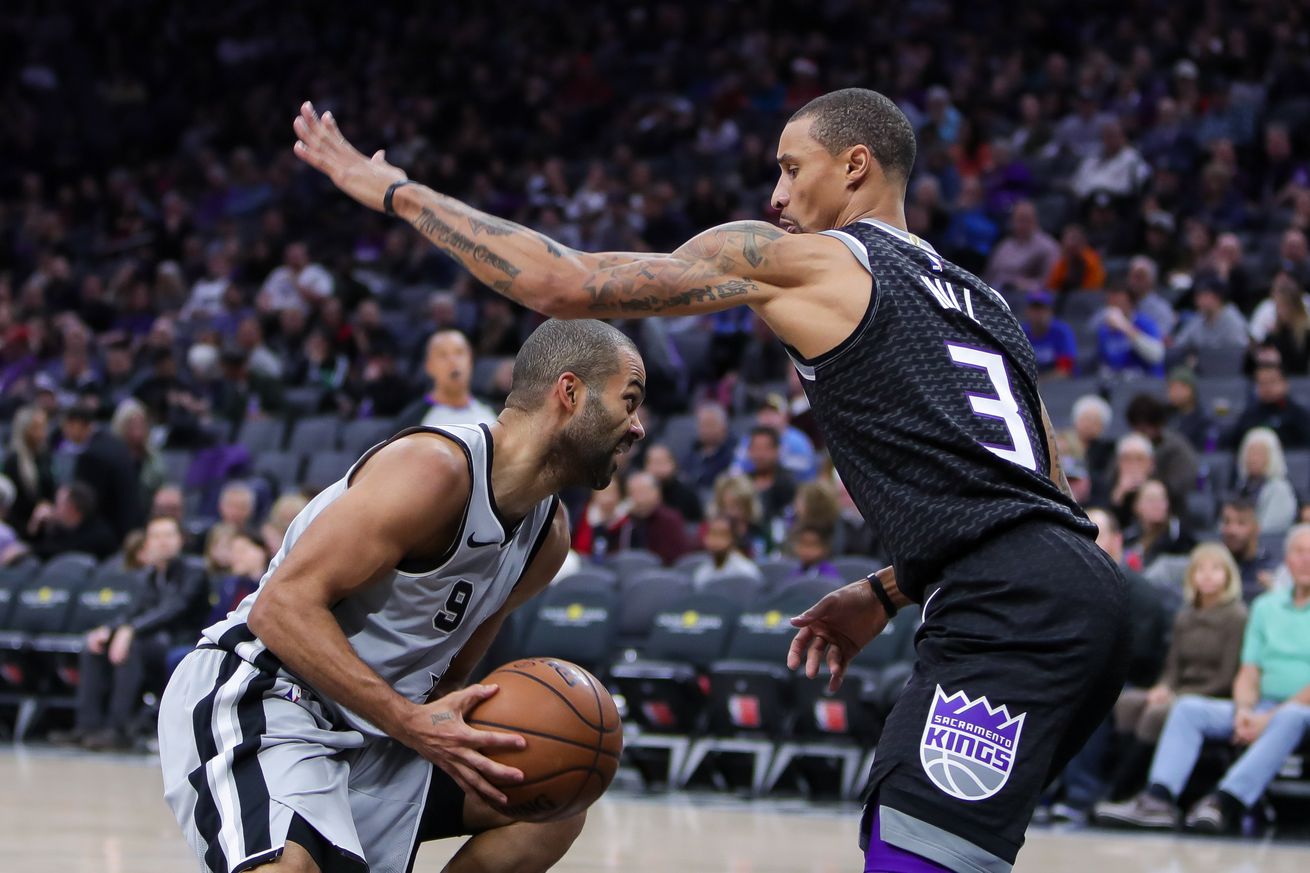 After a tough loss in Portland, the Spurs’ West Coast road trip continues through Sacramento.

There’s a line from a show I’ve been meaning to watch because everyone keeps telling me to watch it that goes, “You come at the King, you best not miss.”

Unfortunately teams that have come at these Kings haven’t missed that much. And if they do, they’ll probably still win anyway. Sacramento owns the league’s worst defensive rating, giving up over 110 points per game, as well as the NBA’s worst net rating (-9.3), and — worst of all — they’ve disappointed former Spurs fan favorite George Hill.

Hill, along with Vince Carter and Zach Randolph, was part of the pricey veteran injection meant to counterbalance the young talent on this roster. With the team tailspinning toward another lottery appearance, Hill has voiced frustrations after signing a three-year, $57 million contract last summer.

But the Kings may not quite be the basketball hell that now-Spur Rudy Gay once described them as. There are some intriguing young prospects to develop, as well as a coach in Dave Joerger who knows his stuff. If everyone, including Hill, can buy into the long game and the role they need to play in it, things could pan out well.

The Spurs are hoping to bounce back from a disappointing loss to the Portland Trail Blazers that came in the final seconds. They won their last meeting in Sacramento, 108-99, and with the names on the Kings’ injury list piling up, should be able to come out once again with the W.

After playing 27 minutes (and dropping 26 points!) last night, Manu Ginobili would be a good bet for a DNP in Sacramento. Tony Parker, meanwhile, got the night off in Portland and should be good to go. Beyond those two, it’s anyone’s guess who Pop has suit up, although they do have a few days’ rest before they face the Lakers on Thursday.

We know Kawhi Leonard, recently announced with a partial shoulder tear, will be out once again, although the news that he might still play in Los Angeles is encouraging.

The NBA’s other ageless wonder

At 40, Ginobili continues to dazzle and delight fans, going off for a combined 47 points over his last two games. Another star who is also raging against the dying of the light is Vince Carter, who had 24 himself in a win over the Cavaliers at the end of last month.