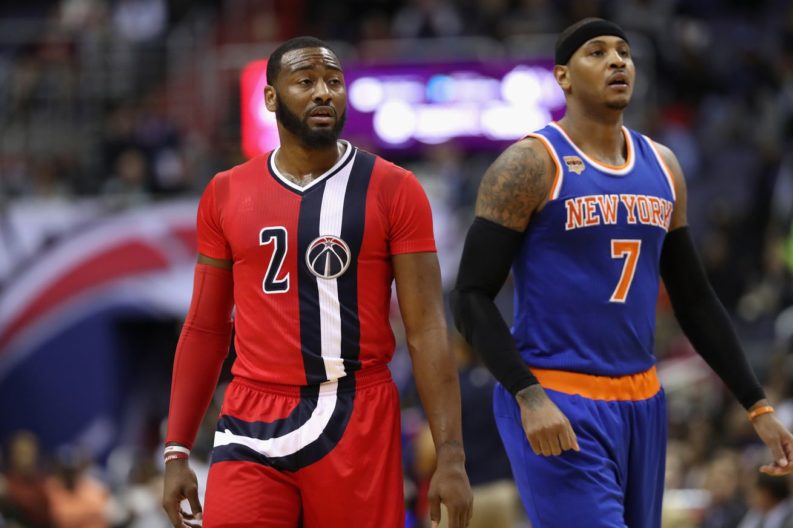 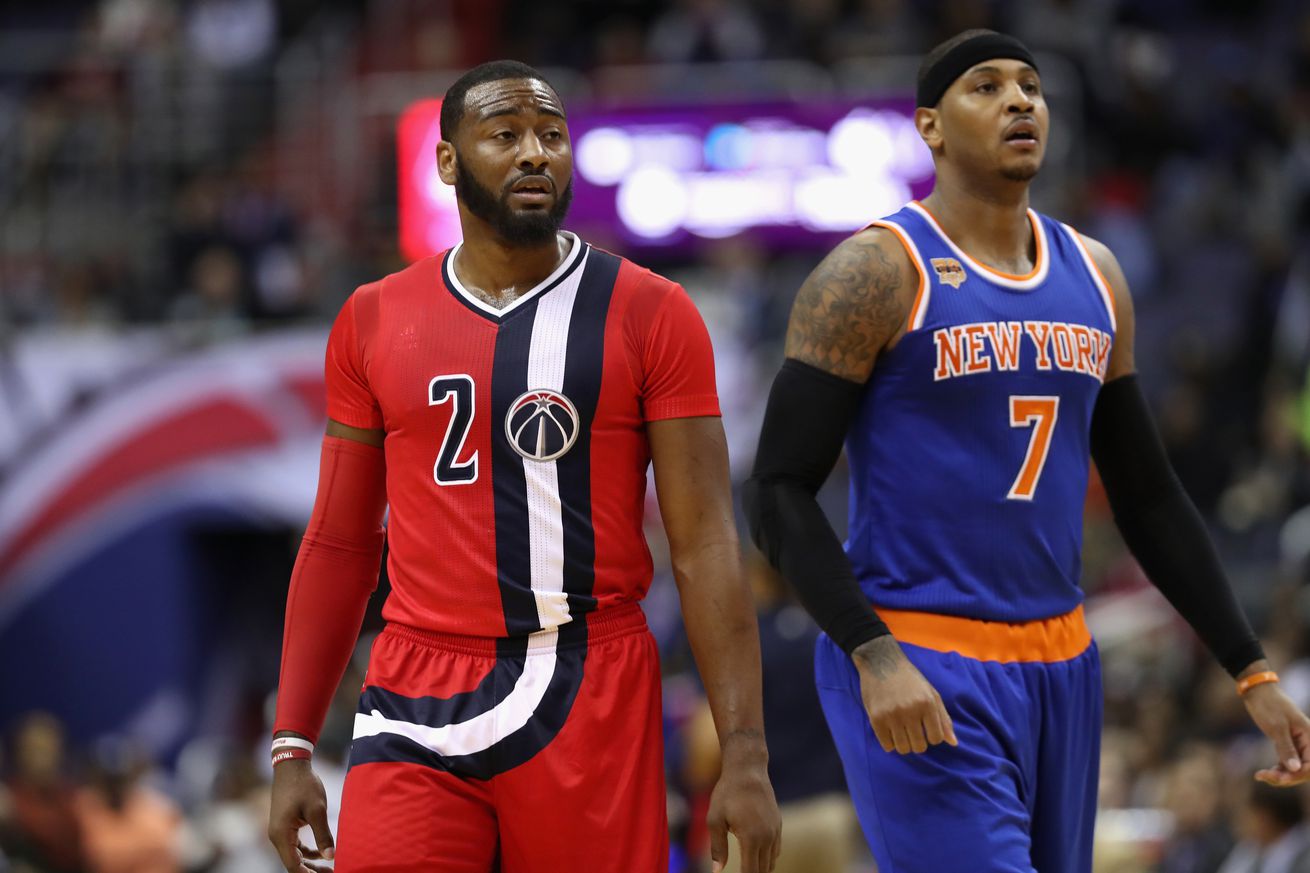 With some big names hitting the rumor mill, San Antonio’s course should be clear.

We’re over a month into the 2018-19 NBA season, and most teams have played at least 15 games and are getting a feel for who they are and what they have at their disposal. However, one team that has not been so easy to read is the San Antonio Spurs.

From a promising 6-2 start, to a frustrating 1-5 stretch, followed by an unexpected win over Golden State, baffling results have run rampant while the perpetually short-handed Spurs try to find a rhythm. Honestly, a team shouldn’t get wins against the Warriors, Rockets, Pelicans and Lakers (twice) while losing to the likes of the Suns, Kings and Magic — even if most of those teams have not been as advertised so far for various reasons, good or bad.

Because we don’t quite know who these Spurs are — they have yet to have fewer than three players on the injury report — and have seen both ends of the spectrum in terms of what they have to offer, it’s too early to say if any need to be made going forward. PATFO has rarely been one to overreact to early struggles or make an in-season move without their hand being forced, but that doesn’t keep fans and other rumor mongers from getting excited when possibilities present themselves.

And possibilities are starting to present themselves.

Big names are surfacing for any team seeking to shake things up. After a failed ten-game stint with the Houston Rockets, former All-Star forward and scoring champion Carmelo Anthony looks to be headed toward waivers. While he is still technically on the Rockets’ roster (for some reason they are in no rush to release him), he has not been with the team for their last five games and doesn’t plan on rejoining them.

When/if he does eventually get waived, don’t expect many NBA teams with a pulse to go charging after him. At this point, he’s a name on a lottery team that could fill a few more seats but not a piece any playoff team would want to mess with, including the Spurs.

There are legit reasons to be worried about the Spurs’ forward rotation — Rudy Gay’s vulnerable heel, Davis Bertans has yet to get the playing time to match the hype that surrounded his arrival, and Quincy Pondexter is only barely reentering the league after a two-year hiatus due to health complications — but even if a move at the SF/PF position is needed (it’s not if Gay can stay healthy), Melo is not the answer.

His mid-range, iso-heavy game is out of touch with today’s NBA and would be just as exploited in the Spurs’ system as it was under Mike D’Antoni (twice). Although he tried to fit in by shooting more threes than twos in his ten games in Houston, he hit them at a 32.8% rate and shot a career-worst 40.5% overall this season. He is also not a willing defender, doesn’t make the players around him any better, and it took until this season for him to begrudgingly accept a bench role. Someone may take a chance on him, but it won’t be the Spurs.

In other news, with reports from ESPN’s Adrian Wojnarowski (who else?) coming out that the disappointing Washington Wizards are ready to make changes and no one — not even their star back court of John Wall and Bradley Beal — is off the table, that naturally has some Spurs fans exploring the possibilities of a trade. In response, our very own Bruno Passos probably put it the best:

SA has no use for Wall and can’t afford Beal, but there are some hypothetical Porter deals that would solve a couple of the Spurs’ problems

Let’s break this down. Beal is owed over $25 million per year for the next three years, making DeMar DeRozan or LaMarcus Aldridge the only logical pieces to trade straight up for him, which definitely isn’t happening because DeRozan is better, and the Spurs have zero reason to trade their top big man for another guard. (In reality, both of them should be left out of any trade talks, period.) Pau Gasol and Patty Mills for Beal would technically work, but again the Spurs would be losing valuable big-man depth, and they’d be paying two shooting guards over $25 million apiece for each of the next three years. Not a good balance.

As for Wall, the Spurs simply aren’t in need of a point guard right now, especially considering how well they are making things work with DeRozan as the main ball-handler, plus they are still counting on Dejounte Murray being their future at that position once he recovers from a torn ACL. If things don’t work out with Murray, he’ll be a free agent in 2020 and the Spurs could move on from there. If it didn’t work with Wall, who hasn’t proven to be a good team leader, they’d be stuck with him and his $170 million/4-yr extension that kicks in next year for five years.

That’s a lot of money to commit to a 28-year old firebrand who may or may not fit in with the Spurs, and it wouldn’t be an easy contract to trade considering the view many take on players who can’t make it work the Spurs. (Although they built enough of a resume for Kawhi Leonard, and the media has semi-surprisingly taken his side of the story enough over the Spurs’, so there are exceptions.)

However, if the Spurs do have any use for any Wizards, it might be Otto Porter, who has evolved from a Shaqtin’ a Fool favorite who lacked an outside shot to one of the best three-and-D wings in the league. Over the last four seasons he has essentially been a rich man’s Danny Green, averaging 13.1 points while shooting 41.1% from three. The downside is that Porter is a little overpaid for what he is, and is in just the first year of a 4-yr, $106 million contract.

Making a deal for him work would again require the Spurs moving one their top two players now, or they would need to exercise some patience while letting their newly-signed players with middling contracts like Gay or Bertans become eligible to be traded (Dec. 15 and Jan. 15, respectively) alongside Gasol to make it work. There’s no saying if Porter would still be available by then, or if the Spurs will even need him.

In the end, now is not the time for the Spurs to make any brash decisions and change up their roster. This team has proven to be a tough out for anyone when they play a complete game, and as they get healthier and find consistent line-ups it may turn out that most current concerns end up being molehills.

Despite some tempting moves out there, most are either not a good fit or too expensive. Once the Spurs get past this rough November stretch, the schedule will loosen up for a while, and if all goes according to plan, everyone besides Murray should be back on the court. Once that happens, December and January will be a better time to evaluate the State of the Spurs, and by then they’ll have more trade options open to them as their seven players on new, non-rookie scale contracts become eligible.

For now, it would be best for Spurs fans to just be patient and give the new-look Spurs time gel. It could very well pay off down the road.