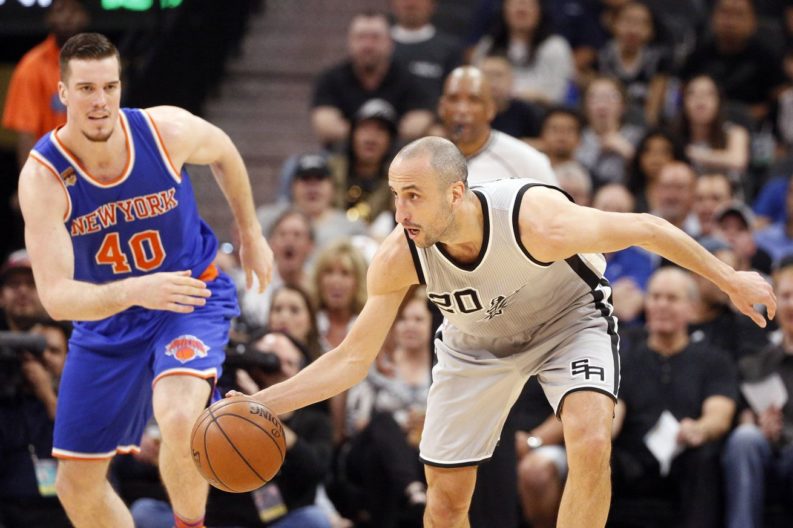 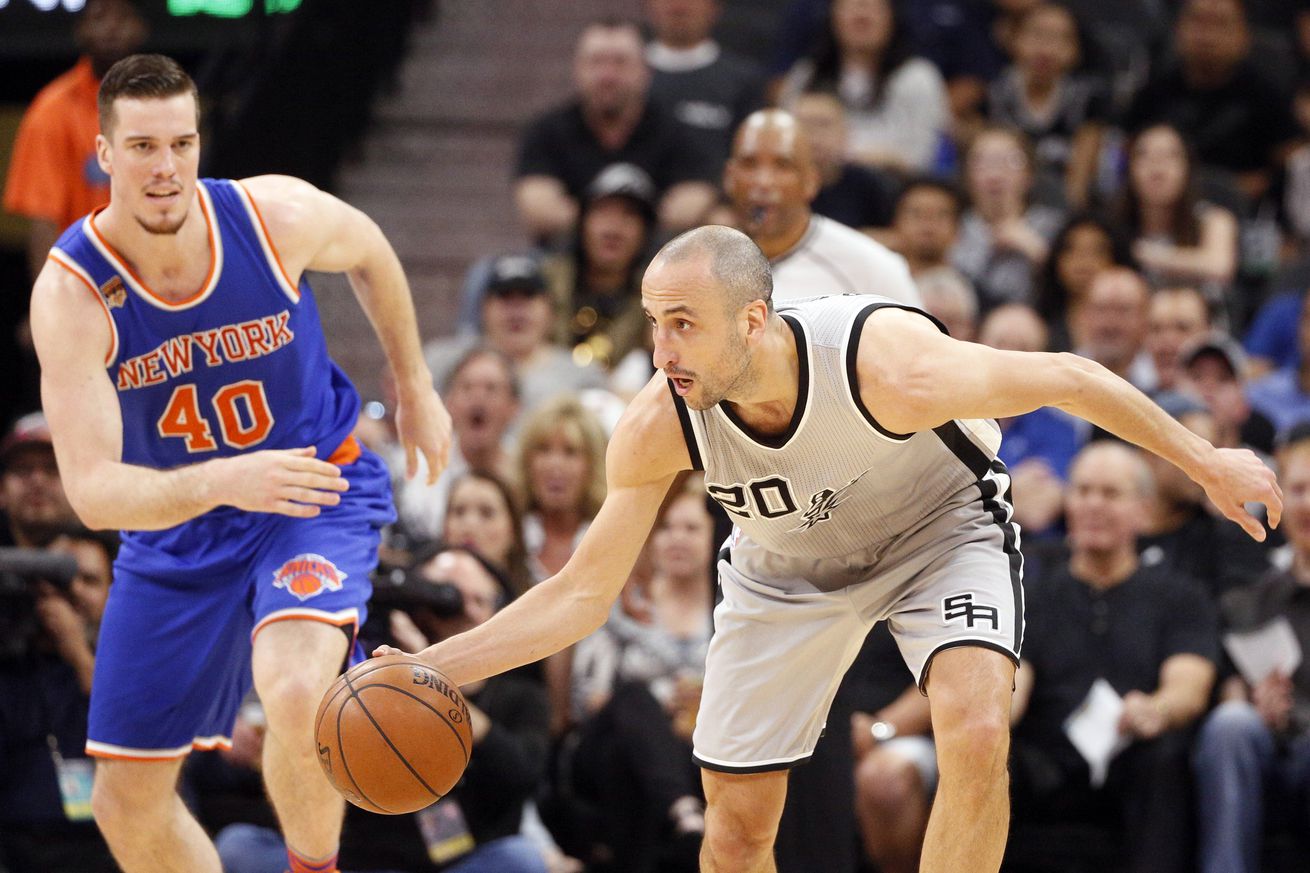 Part 2 of a series looking back at the milestones, magic, and clutch prowess of Manu Ginobili’s final NBA season.

In honor of his retirement, we’re taking a look back at some of the highlights of Manu Ginobili’s final regular season. Part 1 is here.

Throughout his career, Manu Ginobili played with a charismatic flair and unnatural sense for the wild play. Kobe Bryant once described Ginobili as, “a snake . . . he can bend, move and do the strangest things,” and this is certainly a great way to describe El Contusion. As PtR’s very own Marilyn Dubinski’s awesome MANU Tournament shows, the man has done some pretty magical things on the hardwood. Here, then, are 5 of some of Ginobili’s flashiest, wildest, and magical plays from his final regular season in Silver and Black.

I have a funny story about this game, seeing as I was there. When Manu threw the Oop pass to LaMarcus Aldridge, I could have sworn it clanged off the backboard. I can still remember going, “What the hell is he doing? What an awful pass.” The two teams start coming down the floor and I see Manu getting more worked up than usual and pleading with the refs, who end up blowing the whistle. Much to my surprise (and that of the Garden!) upon viewing the replay, the ball had gone IN the net and the teams had played on, the refs oblivious! I’ve seen the man play in person at least 10 times and that was the silliest thing I’d ever seen him do.

Manu dunked more times at 40 (7) than he did at 39 (4). Every time he decided to get up for a slam in his later years, it was a major event for Spurs’ fans and players. Using some slick deception off of a high-post split with Patty Mills to get wide-open for a pass from Pau Gasol, Manu planted both feet (dunking off two feet is supposedly harder than off one. I wouldn’t know, I’ve never dunked before), exploded towards the rim, and cocked back for a filthy 40-year old version of a tomahawk slam.

The Nuggets make another appearance on this list. Known for his flair and court vision, Manu makes arguably the flashiest pass of the year with this bullet from behind his back to Davis Bertans, who sinks the floater. Sure, Bertans had to come to the ball to grab it, but how many of us could put the proper snap on the ball using just the chest pass to get it into Bertans’ shooting pocket?

Every game the Spurs played during their 6-game home-stand in March was a must-win. With their playoff life fading, the team more than delivered, sweeping the entire set of games and effectively saving their season. In their match-up with the Timberwolves, Manu had Karl-Anthony Towns on a switch toward the end of the 3rd quarter. Taking no time to size him up, he attacked right off the catch and blew by the helpless big for a “dunk.” Dunk is in quotes because he was nearly blocked by the rim! As Sean Elliot said during the replay, Manu was, “lucky the rim wasn’t an inch higher.” We agree, Sean!

This list would not be complete without, what I consider to be at least, the signature Manu Ginobili pass: The Nutmeg. Manu made defenders look foolish for years by dishing it between their legs for nifty dimes and wild assists. Personally, I feel the best ones were those that led to slams, like this one between DeAndre Jordan’s legs that led to a LaMarcus Aldridge dunk.

Is there some magical Manu moment that I forgot? Share it in the comments.