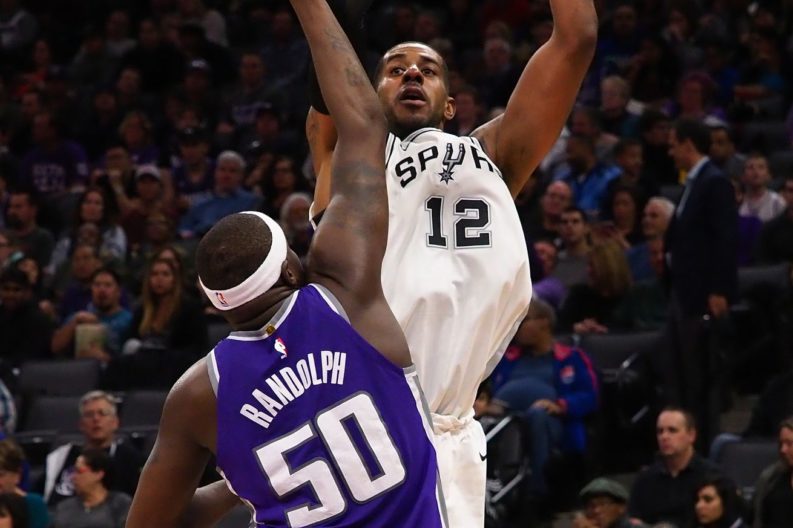 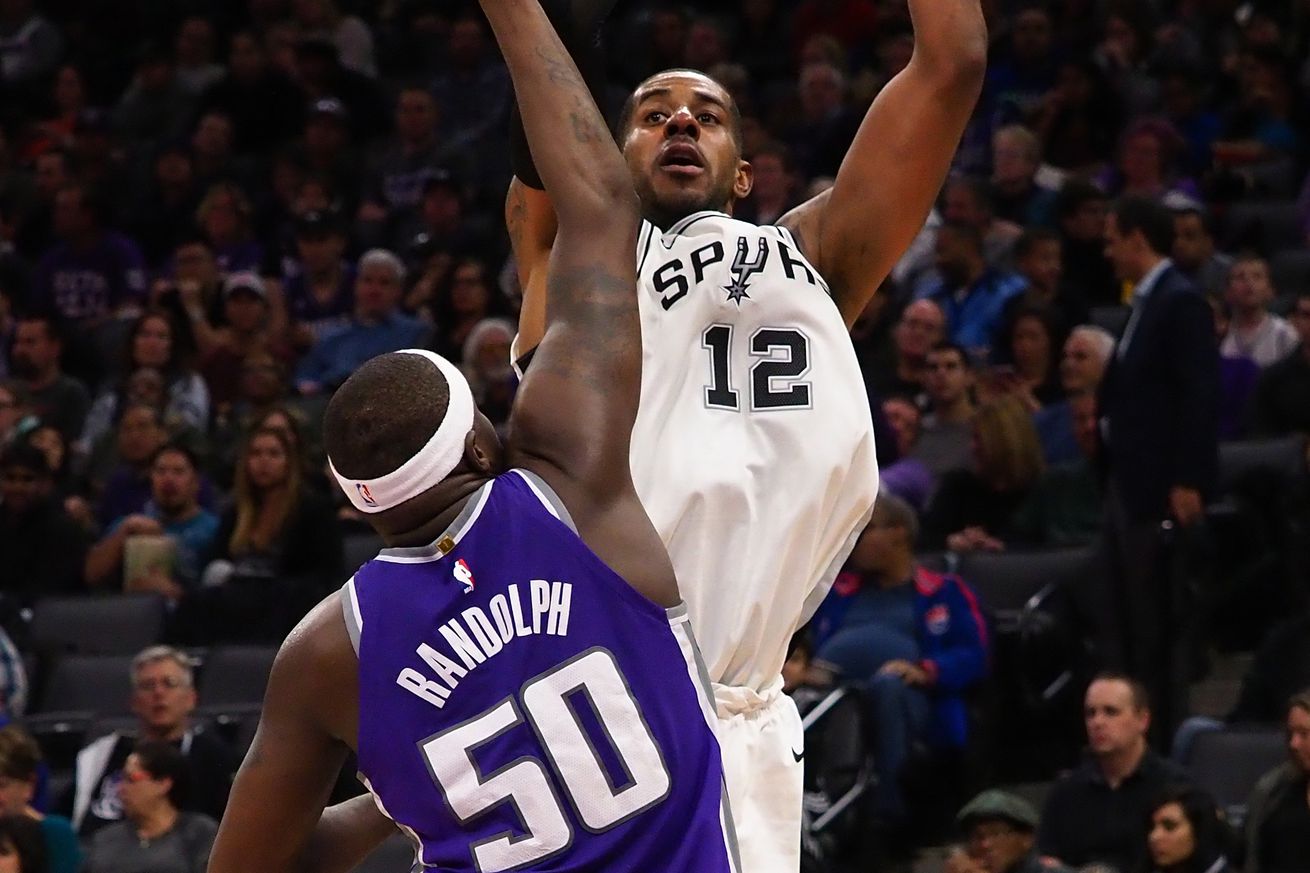 The Spurs need to reset their home record against “streaking” Kings.

After Friday night’s poor performance against the Philadelphia 76ers, the Spurs need to re-establish their previous strong home performances in a battle versus the Sacramento Kings. The Kings have lost twice to the Spurs this season, but come in emboldened by a last-second win at Miami on De’Aaron Fox’s high-flying putback dunk.

The last time the Silver and Black played against the Kings was in Sacramento and it was the last game of a FIGASENI. In that game, both Davis Bertans and LaMarcus Aldridge put on a scoring clinic (scoring 28 and 31 respectively).

While shooting woes have caused the Spurs’ to lose many of their road games this season, until recently the team shoot much better at home. LaMarcus Aldridge has done the most damage against the Kings, averaging 30 points in his two games, and will figure to play a key role in a Spurs win.

Hopefully, after spending a day thinking about what went wrong in the Sixers game, the Silver and Black come back strong. Whatever is going on with the shooting slump, it is time for someone to call a curandera (folk healer, female shaman) to perform a cleansing. Incense needs to be burned around both baskets. The balls need to be scrubbed clean with Clorox. Do something.

And the defensive mistakes from Friday night need to go away, too. Too many switches were missed, and transition defense was too slow. The box score lists the Spurs as having 6 steals and 5 blocks, but it just didn’t seem like it while watching the game. Another 7 steal 10 rebound night from Dejounte Murray would be very helpful. Making more than 3 out of 24 threes might also do the trick.

Though Sac ranks dead last in offense, their scoring has improved over the past month. If the Spurs lack effort as they did with Philly, the Kings’ young, athletic players can take over the game. If the Spurs regain their home shooting touch, however, this should be a W for the good guys. I mean, on odds alone, the Spurs will shoot better than 3 of 24 from three!

Battle of the 40-year-olds

Last game we hoped to see a one-on-one battle between two savvy veterans over forty, but while Vince Carter played, Manu did not (held out for rest after playing the night before against the Trail Blazers). Well folks, we might not see it this time either. Manu is apparently still questionable due to his thigh contusion from the Atlanta game on MLK Jr. Day. Ginobili had previously mentioned on two different occasions (versus the Pacers and versus the Grizzlies) that he was ready to come back, but apparently PATFO is going to treat his injury cautiously.

Members of the NBA’s lottery for the past 11 years, the 15-33 Kings show no inclination for ending this streak at present. But just as they ended their 17-year losing streak in Miami on Thursday night in their 89-88 victory, hope may be on the horizon. Can rookie De’aaron Fox and second-year player Buddy Hield make it better for long-suffering Sacramento? We’ll have to wait and see.

Garrett Temple went off offensively versus the Orlando Magic on January 23rd, scoring 34 points (19 in the 4th quarter). He has averaged 47% FG in the last ten games and his average against the Spurs isn’t far off at 45.8%. Danny Green and the other wings will need to contain him as much as possible, but they will also have to watch out for his defensive skills.

And Temple isn’t the only one that can go off offensively.

De’Aaron Fox put the @SacramentoKings ahead in the final seconds to beat the @MiamiHEAT 89-88! #NBARooks

If the good guys bounce back like they usually do after a bad game, this game should be a win. But with the lack of consistency in the rotation and the on-going shooting slump, it is a toss up.