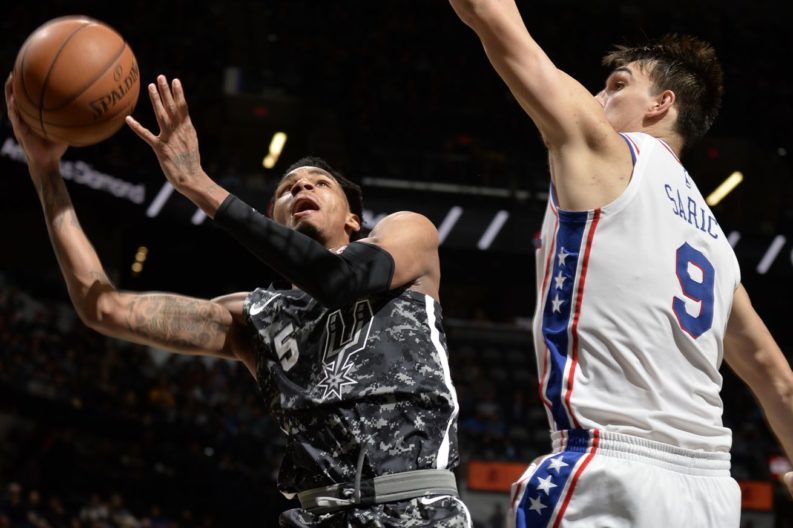 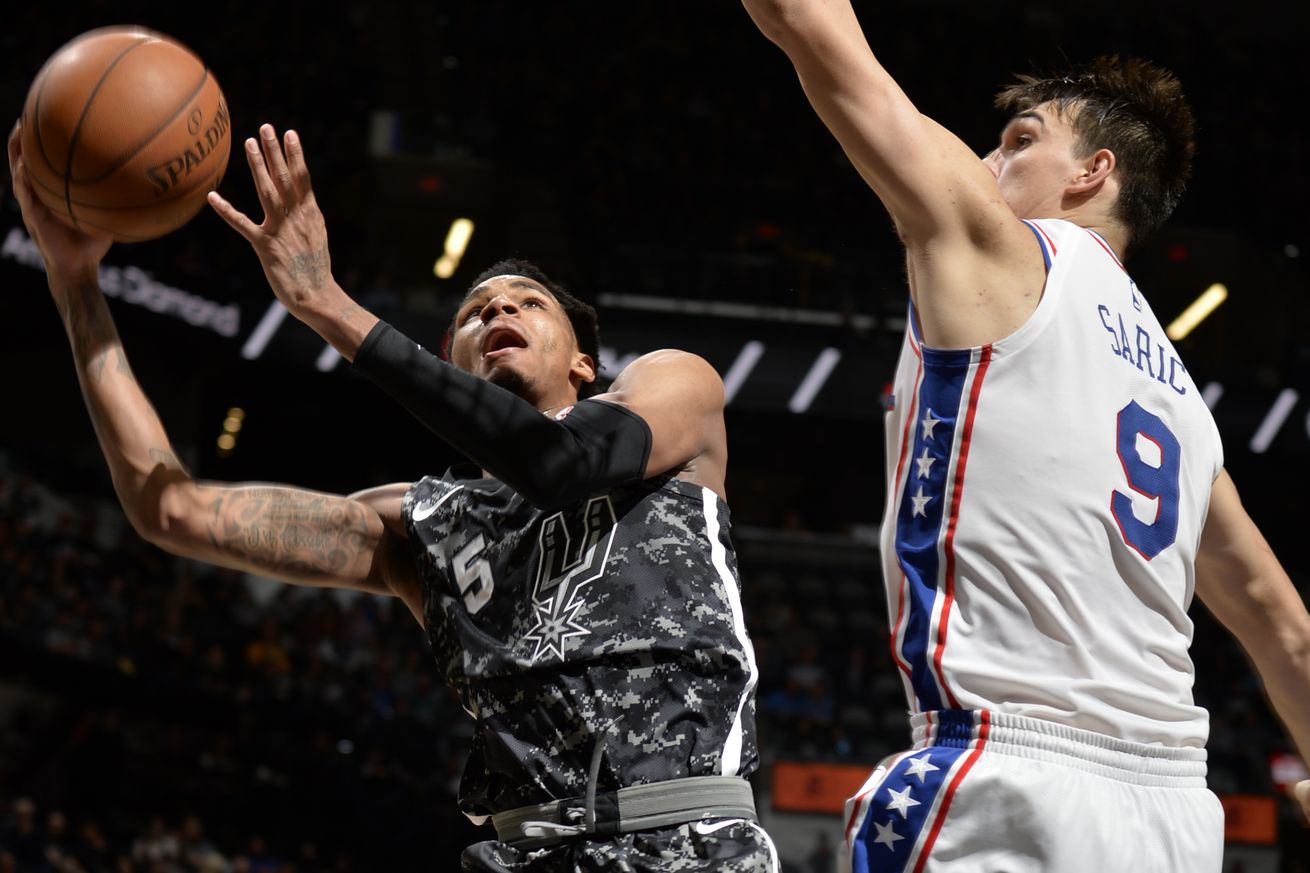 …the more we will have to get used to subpar performances when playing quality teams.

One of the advantages of being a Spurs fan living in LA is the ability to take a long roller-blade on the beach the morning after watching a dreadful performance by the Sliver and Black (or whatever you would call that uniform color combination Friday night) against the 76ers. More to the point for this post, living in LA also occasionally finds me watching the television feed with the announcers from the “other team”

Though I couldn’t listen the Spurs’ guys, I am absolutely certain that the 76er announcers had more fun broadcasting the game than Sean and Bill did. Listening to the 76er announcing team also gave me a different perspective on the game.For one thing, I learned that any prediction that the Spurs should have been expected to win last night (some even predicted Spurs by 17!!) did not recognize how well this 76er team has been playing. Near the end of the game (right after the 89th mention that the 76ers had not won in San Antonio since January 2004), the 76er feed ran a remarkable graphic. It turns out that since December 25, one month ago, the 76ers have (1) the best record in the league at 9 – 3, (2) the second best 3 point percentage at 40.3%, (3) the second best opponent overall field goal percentage at 41.9% — barely more than the 76er 3 point percentage, and (4) the third best defensive rating at 99.2 ppg. Looking at these stats, even the Spurs home court advantage did not guarantee a Spurs win. Indeed, once you account for the absence of Kawhi, Manu et al, if there was one team likely to win by a lot, it was the 76ers, not the Spurs.

*One season long bad stat for the the 76ers is that they have turned the ball over a lot. Over 18 per game. But that didn’t happen last night. Their first turnover occurred with less than 6 minutes left IN THE SECOND QUARTER. Their third turnover did not happen until halfway through the third quarter, and their fifth occurred well into the fourth. Combine taking care of the ball with getting 7 more offensive rebounds, and the 76ers simply had many more opportunities to score.* Interesting random stat: 76er power forward Daric Saric is fourth on the 76ers in scoring at 14 points per game. Pau Gasol is second on the Spurs with 11 points per game. *At the start off the game, the 76er announcers made an accurate observation. Talking to a Philly audience who has likely not seen many Spurs games this season, they warned their audience not to expect the the Spurs starting unit to have the free flowing Spurs offense of the past. Instead, they said to expect much less ball movement, and more post-ups.

* Of course, it turned out that the Spurs offense was both less active and less efficient in every way. Missing the first 14 3s only exacerbated the problem. In a related note, Danny Green and Davis Bertans combined for 1 for 11 from 3. I still expect those two to make every 3 they take — which made last night fairly unpleasant.* Players on the sidelines in hoodies? How cold is it in NBA arenas?* Talking about the 76ers red-shirt rookie Ben Simmons, the 76er announcers said that his mother (and Ben himself) want him to become the best Australian player ever. Several more games like last night, and he may be already there. (Sorry Patty.)