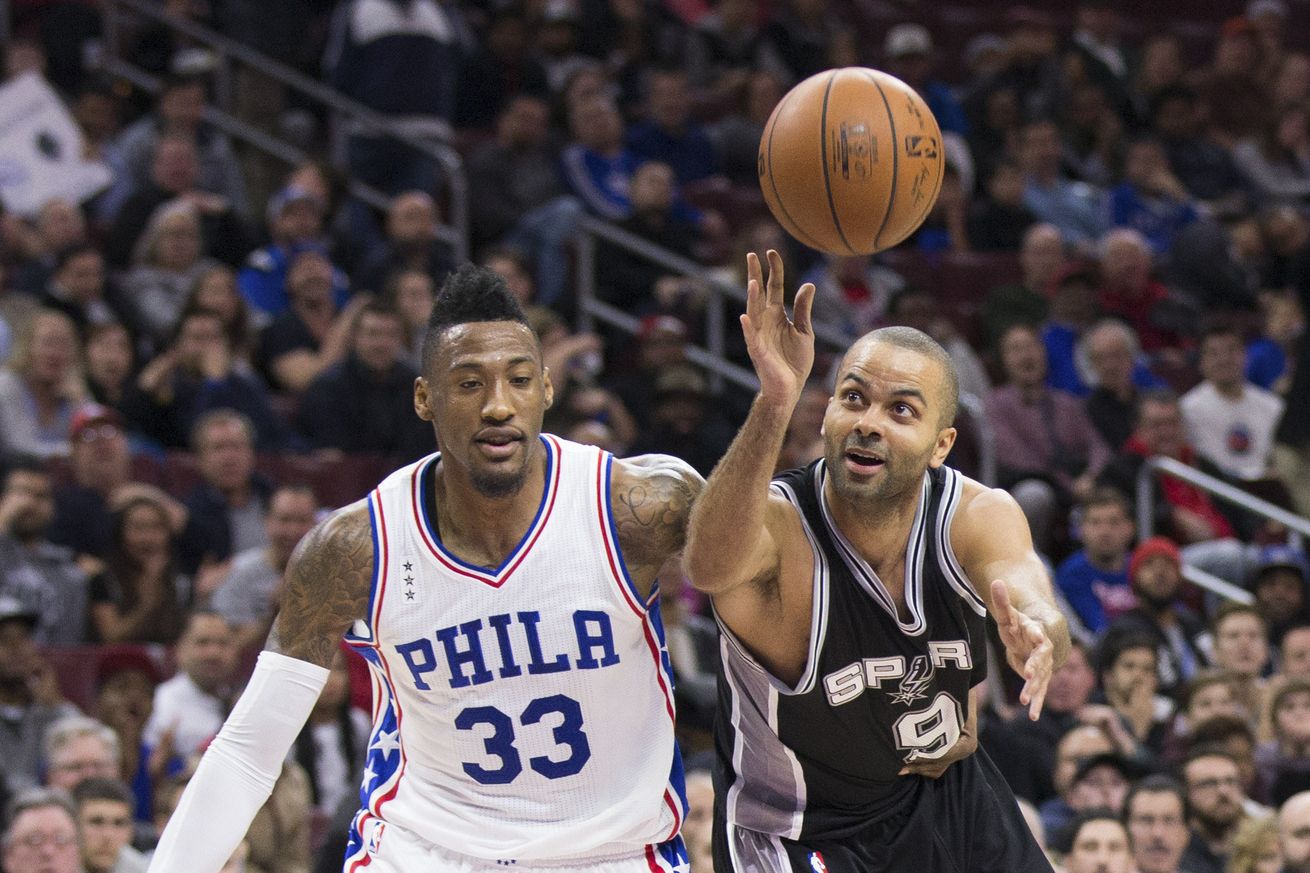 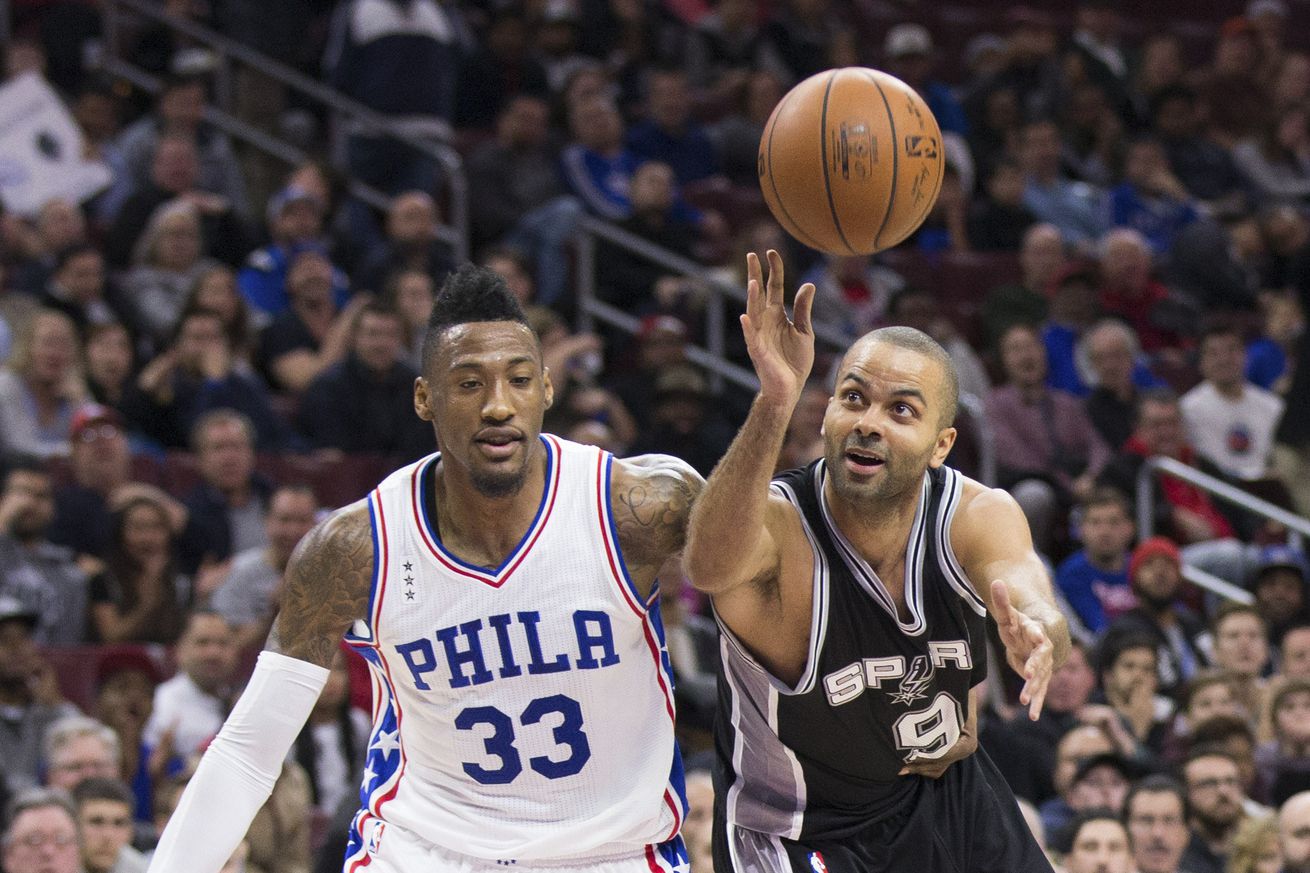 The Spurs take on a surging Sixers team that’s suddenly won 10 of its last 16 games.

The Process was, until recently, one of pro sports’ more divisive topics, a Rubicon of team-building that had legions of fans bathing in its shallow, perfumed waters. The term now better refers to rookie Joel Embiid, the injury-riddled 2014 lottery pick Philly took as part of former GM Sam Hinkie’s long con.

Regardless of whether or not you ‘trusted’ it, Hinkie’s prolonged tankfest has yielded some promising results, and Embiid is at the center of them. At 22, he’s had a later start to his NBA career than he’d have hoped, but he’s not let that or his minutes restriction stop him from being one of the most impactful players of the 2016-17 season. In just 25.4 minutes per game, he’s averaging 20.2 points, 7.8 rebounds and 2.5 blocks, while transforming Philadelphia into very competitive team any time he’s on the floor.

Unfortunately for Spurs fans who haven’t been exposed to Embiid thus far, those aforementioned restrictions also keep him out of playing SEGABABAs, such as tonight’s. Philadelphia will be heading into town fresh off a loss in Dallas, and that’ll mean street clothes for this season’s presumptive Rookie of the Year.

Still, the Sixers have coped even without Embiid as of late, thanks in part to the glut of talent they have in the frontcourt. Nerlens Noel, Dario Saric, Ersan Ilyasova, Robert Covington, Jahlil Okafor and Richaun Holmes are all capable players in their own right — it’s just a shame for them that they all play on the same team.

The Sixers picked up back-to-back wins last week against the Clippers and Bucks, both coming without Embiid in uniform. The Spurs’ recent struggles against lesser competition will hopefully mean they won’t be caught by surprise tonight.

The Sixers will be without their stellar center, but Brett Brown has plenty of other options. Noel should probably get the start, although Brown will be able to throw a number of equally athletic or floor-stretching bigs out there to test the integrity of the San Antonio defense.

Hey, remember the last time the Spurs and Sixers played?