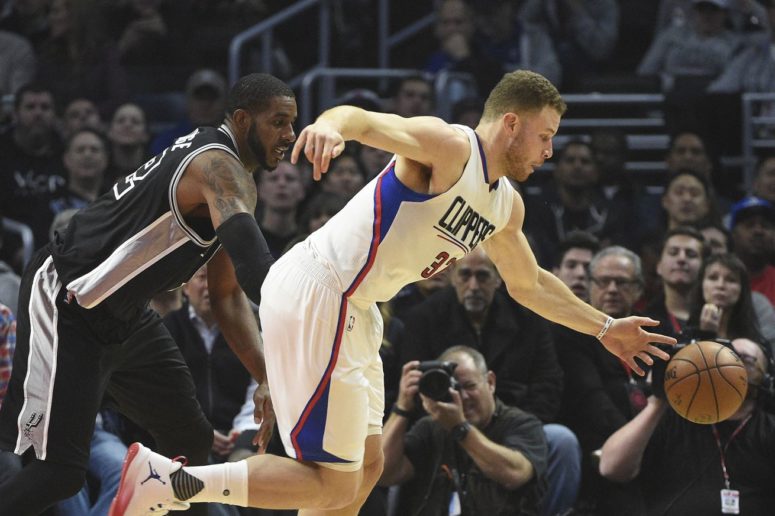 The Spurs play the revamped Clippers in the first of three meetings this season.

The Spurs are streaking again, winners of two straight following a dominant win over the Suns on Sunday. Next up: the Los Angeles Clippers, another team that failed to convince Chris Paul to sign with them last summer.

There is always a lot of speculation as to how a team will react when they lose a player of Paul’s caliber. The Clippers started out 4-0 this season, same as the Spurs, and for a brief moment the clubs were the last two undefeated teams remaining. A lot has happened since then, but one thing has continued — the Clippers are thriving. They are averaging 112.6 in their wins and 101.3 in their losses. This is accomplished in part by having 6 players averaging double figures (all five starters and Lou Williams). The Clippers are doing quite well, thank you very much, and may not be missing Paul much at all.

Matchups in the front court

Blake Griffin has led the team in scoring in 6 of their 8 games and poses a more serious threat to LaMarcus Aldridge than most at the power forward position. LaMarcus has a one inch height advantage and about 10 pounds on the Kia Superhero, but Griffin will make LMA work for every shot. With both Aldridge and Griffin headlining their teams in the wake of missing their respective leaders (The Klaw benched with a quadriceps injury and CP3 jetting for greener pastures), this will be the matchup to watch.

Meanwhile, DeAndre Jordan has led the Clippers in rebounding in all but one game this season. His feeds from CP3 made the Clippers lethal. With Patrick Beverley’s speed and agility, Jordan’s dunking may have not missed a beat. At 8-years his senior, Pau Gasol gives up 15 pounds and a lot of agility in the paint. With Joffrey Lauvergne unavailable, the Clippers big men have a decisive advantage.

Doc Rivers has continually suffered by having a deadly starting 5 and little relief from the bench. This season shows little signs of improvement. He’s taken his one solid bench player from the last few season – his son, Austin Rivers – and inserted him into the starting lineup since J.J. Redick’s departure. Other than Lou Williams, who’s had a solid season thus far, there is very little the Clippers can do to slow down the Spurs. With Milos Teodosic out, Rivers must decide whether to add more minutes to Beverly’s workload or share the point with rookie Jawun Evans whose Clippers jersey currently bears Agua Caliente.