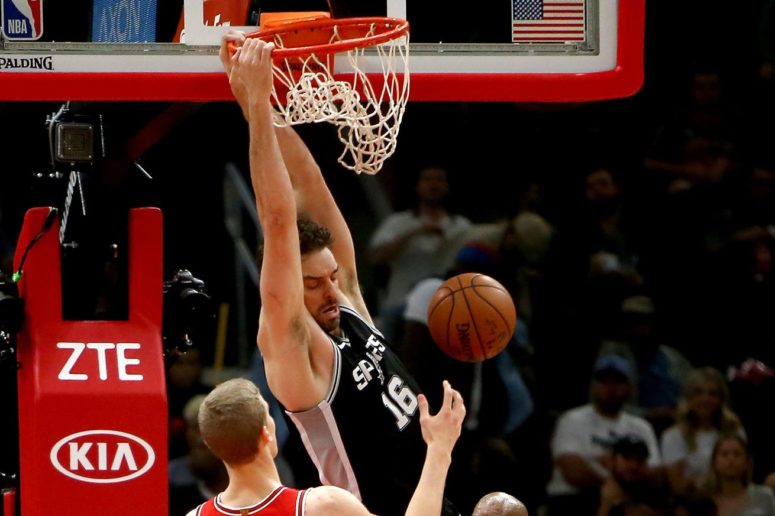 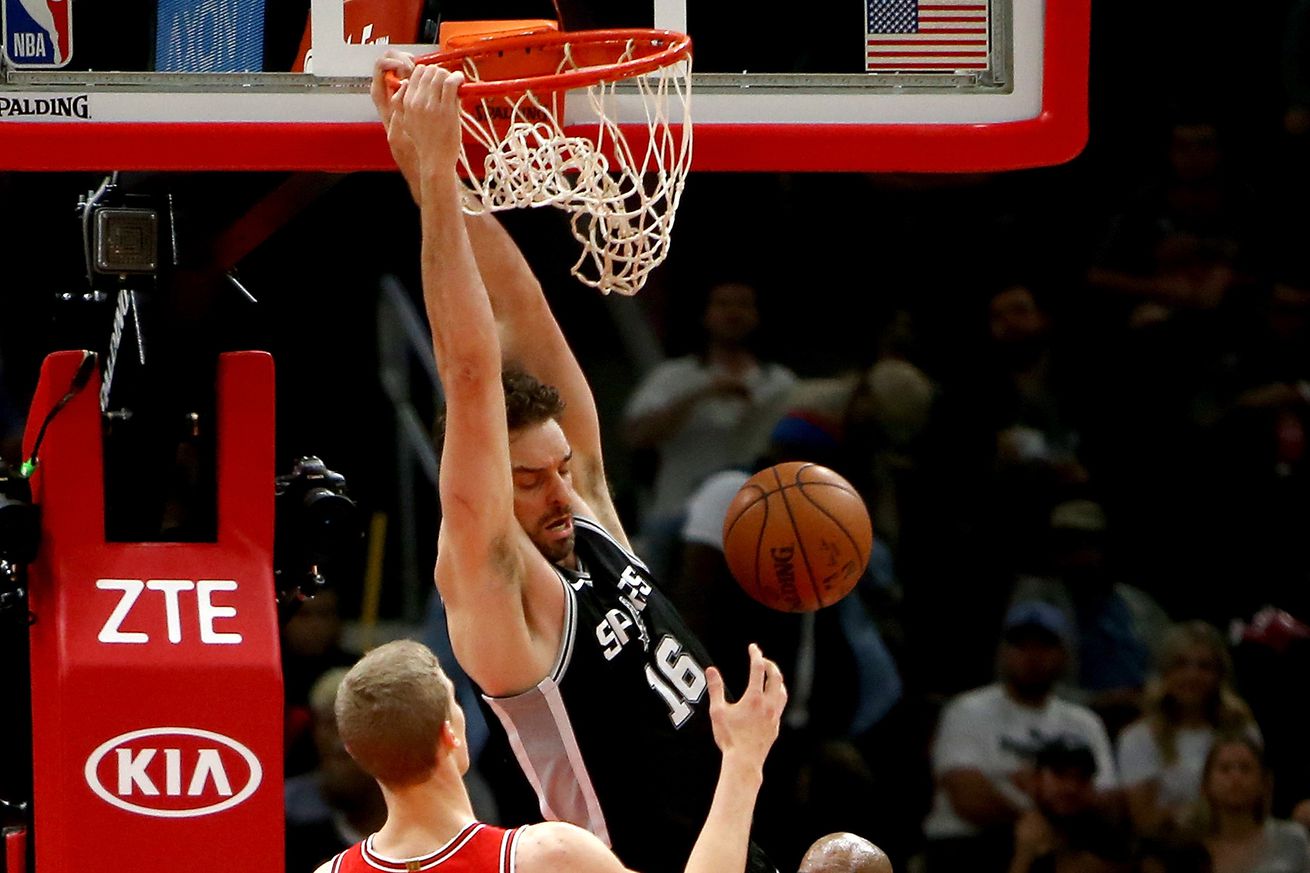 The Bulls head into town for their last meeting with the Spurs this season.

The Spurs dropped a heart breaker last night to the Milwaukee Bucks. For the prior 3 games, the Spurs have come out in the second half and put the game out of reach for their opponents. On this night, Giannis Antetokounmpo and company gave them a taste of their own medicine. A mid-3rd quarter Milwaukee 14-point lead had the appearance of a blowout, but the Spurs pulled back in to a six point differential at the end of the 3rd. The 4th quarter looked to have a possible upset, but the Buck’s length on defense combined with the Spurs 18 turnovers left a disappointed AT&T Center crowd. Tonight’s opponent shouldn’t be as frustrating as the Greek Freak and his cohort.

You can tell from the injury report both teams are without some vital starters. But in the case of the Spurs, they have pushed forth with extended contributions from starters. LaMarcus Aldridge appears to have fully recovered from last year’s heart arrhythmia and has taken over as the team’s leader. Meanwhile, Pau Gasol continues to dazzle form the 3-point line while stretching the floor and adding assists to the stat sheet. And Danny Green has added even more facets to his offensive game while retaining his defensive dominance. At the same time, the Spurs bench persistently supplies what is needed. Manu is still Manu, Bryn Forbes had a season-high 22 against the Hornets, and Rudy Gay’s game is beyond impressive; his resurgence couldn’t come at a better time.

On the flip side, the Bulls have suffered with a miserable start. Since pawning Jimmy Butler for Kris Dunn, Zach LaVine and seventh pick Lauri Markkanen, Chicago has struggled to make ends meet. Markkanen started when the Spurs and Bulls met on October 21st. He’s been carrying the load in the absence of Nikola Mirotic, but Bobby Portis put up 21 points on Tuesday when the Bulls played the Raptors in Toronto. Portis had been serving an eight game suspension for punching Mirotic. The addition of Portis will add more defense to Adridge’s game.

As far as big men go, Chicago is lacking. The human Sideshow Bob Robin Lopez is the last tree in the forest right now having little to no support from the bench.

The Bulls are also thin at the shooting guard position. Justin Holiday is having a career year, and the added time as a starter has bolstered his minutes, points per game, and attempts, but he cannot be depended to make it all happen without support.

Since the Bull’s practice altercation which led to the Bobby Portis suspension and Mitotic’s concussion and broken facial bones, Bobby Portis has expressed regret…that he missed games:

Apparently for Portis, the animosity has come down to “put it behind you, it’s over and done with.” Meanwhile, Mirotic who is still unable to return issued an ultimatum that either Portis should go or he should go. The request has fallen on deaf ears as the Bulls organization have yet to respond and the players themselves have leaned toward Mirotic leaving.

Makes Aldridge’s “should I stay or should I go” seem trite in retrospect.

It’s just nice to see that culture carries the Spurs a long way. And not to editorialize too much, but how many teams can honestly say their coach has the respect of each and every player because the coach respects each and every player which leads players to respect themselves and one another. To the end that a retired player will come in to continue to support and lead his team. Tim Duncan didn’t just sign a contract, he made a life-long connection. That’s a Pop thing. That’s a Spurs thing. And that’s something the world could use a lot more of, needless to say the NBA.

Not to get all Richard Marx on you (a musical interlude)

The Chicago native broke into the music scene with the #1 hit “Don’t Mean Nothing”, a cautionary tale about counting your chickens before they hatch. Win or lose, this is most likely the last meeting between these teams for the entire season. Rumors that the Chicago Bulls are tanking are only evident in the trading of Butler, Dwyane Wade’s buyout, and the inner turmoil that has impeded their season thus far. But do not count out anyone in the NBA, especially the league’s youngest squad with nothing to lose and everything to prove.

Tonight the Bulls come into San Antonio on the second night of a back-to-back which includes travel from the Windy City. Their abysmal record underlines the necessity for the Spurs to be on their toes. These are the games with “upset” written all over them. The Spurs are heading into their second night off a back-to-back as well, but at least they are both home games. Either way, it is not a night to get complacent. Lock this one down early and extend the winning record.

Game Prediction: Spurs by 8, more if Portis takes out any of his own players.

For the Bulls fan’s perspective, visit Blog A Bull.