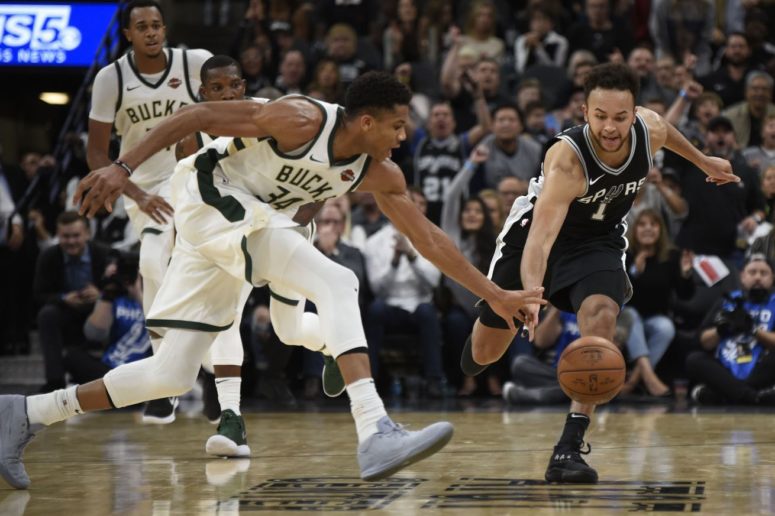 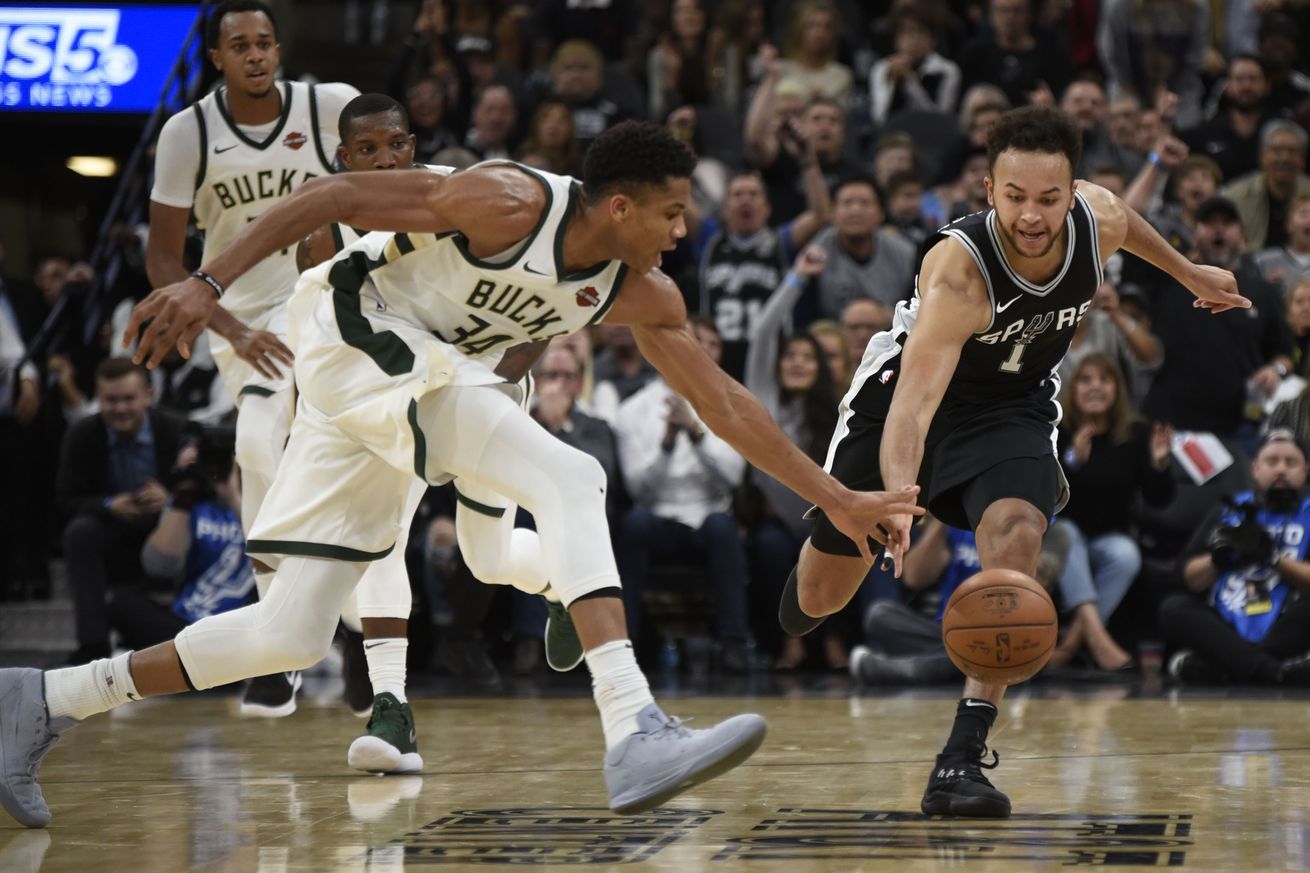 The Spurs’ three-game win streak ended amid a series of turnovers, defensive lapses and a few feats of otherworldly athleticism by Antetokounmpo.

Like any good Greek myth, Friday’s 94-87 loss to the Bucks featured a celestial figure, but was less about their divine feats and more about the human struggle found in between them.

Giannis Antetokounmpo draws hyperbole, because he really is like nothing the league has seen before. An amalgam of maxed-out size, strength, and athleticism, he ambles down the basketball court with a singular purpose of attacking the rim. Or, as Gregg Popovich put it before the game: “to destroy you”.

The scouting report on Antetokounmpo couldn’t be more straightforward, even if the means to implement it remains elusive. He barely ever shoots threes, because he shouldn’t, but mostly because he doesn’t have to. And even with Spurs defenders doing a sound job of sitting back and conservatively encouraging him to take jumpers, the Greek Freak still found his way to the rim often, making 12 of his 24 field-goal attempts.

The forward had a game-high 28 points to go with 12 rebounds, five assists, four blocks, and this steal, which led to one of the most effortless 360 dunks you’ll ever see.

Giannis got creative with this one.

He also eviscerated this drive attempt by Rudy Gay, only to race back the other way and finish with another dunk:

It’s fitting that one of the Spurs’ best counters to the 22-year-old wunderkind was Manu Ginobili, who scored a season-high 18 points and, at one point, found himself scrapping with the Greek Freak for a jump ball. In contrast to Giannis, Ginobili’s forays into the lane are labors of commitment and hope, gambits that he’ll either get to his spot before the defender or suck enough of the defense in to find an open man. Every effort is an assault against an ever-shrinking window of time, and somehow Manu continues to find ways to come out on top.

The Spur with the best plus-minus of the night? That’d be Kyle Anderson (+6), who was aggressive off the dribble and used his length repeatedly to make a difference on defense. He had 10 points, 10 rebounds and four assists, and was rightfully on the floor in crunch time.

In another solid effort, LaMarcus Aldridge added 20, 12 and 4. But after scoring 10 in the first quarter, the Spurs were unable to feed him the ball inside with the same consistency as the game moved on, as the Bucks bigs (notably Antetokounmpo and John Henson) did a good job of denying easy passes. The increased focus and activity by Milwaukee defenders made life difficult for a Spurs team that was routinely careless in its passing and execution:

“We had 18 turnovers,” Pop noted afterwards, “And we can’t win turning the ball over the way we’re constituted right now. Every time we have a high-turnover game we’re going to have problems.”

After getting picked apart with simple passes and open looks in the game’s first eight minutes, the Bucks locked down, getting into passing lanes and applying better pressure on the perimeter. A San Antonio offense that had little trouble moving the ball (they assisted on 14 of their first 17 buckets) ground to a halt and scored just 40 points in the second half.

In their previous two wins, the Spurs had counted on strong third quarters (scoring 34 against Phoenix and 40 against the Clippers) to turn close games into double-digit leads. In the third quarter on Friday, the opposite happened, as the team turned the ball over on multiple possessions to kick off the period and fell behind by as many as 14 points.

San Antonio rallied back in the fourth, but it wasn’t enough, as the Bucks came up with more plays down the stretch, getting big shots from guards, Eric Bledsoe, Khris Middleton, and Malcolm Brogdon. Speaking after the game, it was the mental lapses, on both ends of the floor, that Pop kept coming back to:

“About three or four people made defensive errors that allowed them to get some threes that shouldn’t happen, and they’re too talented — you just can’t do that. And down the stretch, they moved the ball well, they made a couple of shots, and it stretched from two to six, and that was the game.”

Losses like Friday’s may be frustrating, but they shouldn’t be altogether surprising, either — not when the team is still far from complete and when the its own superstar is seeming more mortal than ever.

Some other notes on the game:

A strong debut for the new Buck

Eric Bledsoe didn’t shoot the ball particularly well, but it’s clear he gives Jason Kidd a much-needed counterpunch to Antetokounmpo on the offensive end, while being another long, strong body that opponents have to contend with on the other. Bledsoe had 13, 7 and 4, and hit a big-time jumper with under two minutes to go to turn a two-point lead into a four-point lead.

Off nights for Rudy and Danny

As great as Gay’s been thus far, he was perhaps due for one of these nights. He had his worst game as a Spur, going just 3-for-12 from the field for six points and seven rebounds. He also had two turnovers and was a game-worst minus-18 while on the floor, failing to find a rhythm and contributing little on the defensive end.

Green ended the game with more turnovers (6) than points (5). He and Gay have been options B and C for the Spurs in the early part of the season, and poor showings from both certainly didn’t help their chances against Milwaukee.

The full Pop quote on Antetokounmpo:

You’d have to say that he’s become very confident and gained, both skill-wise and awareness of the game, steadily each year. He’s become a leader, he knows what he can and—he plays now to destroy you.

In the beginning he was pretty darn good — he would do this and he would do that — but now, he knows he can do it to you every time. He’s for real and it’s wonderful to watch him play.