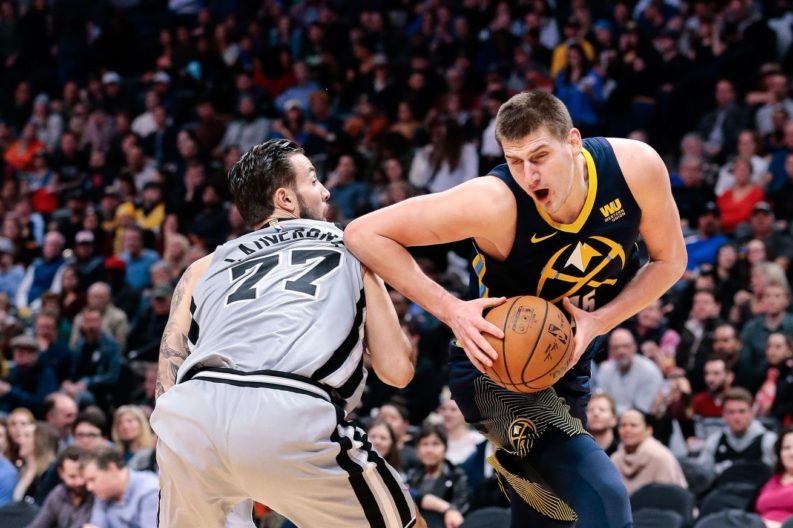 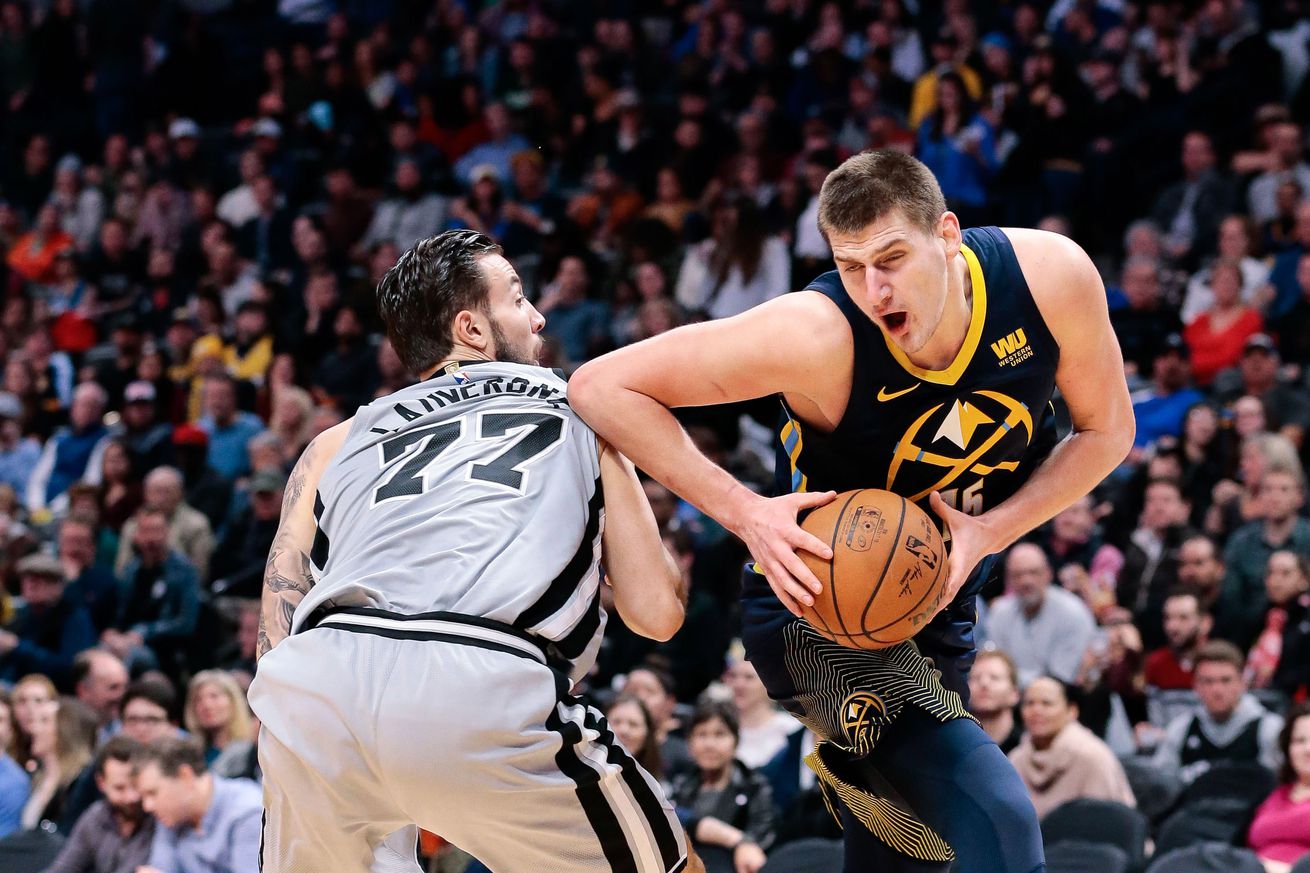 The Spurs look for some redemption in Denver as they head into the second half of the Rodeo Road Trip.

These two teams squared off in Denver just 10 days ago for the Spurs’ last game before the All-Star Break. If you had a feeling that we’ve seen an awful lot of these Nuggets recently, well, you’re right: tonight actually marks the fourth time these teams have faced each other in the past month. Frequent games against the same team would normally make for boring TV, but not against these Nuggets; the juxtaposition of such diametrically opposing playing styles is certainly a sight to see. What makes the Nuggets different from the Spurs is that

The Nuggets score… a lot

Prior to becoming head coach of the Nuggets, Mike Malone was considered one of the best defensive minds in the NBA. He worked as an assistant for Golden State from 2011-2013 and is often credited with laying the defensive groundwork that made the Warriors the Warriors. Perhaps even more impressive: he managed to get a defensive effort out of DeMarcus Cousins.

It’s ironic then that Malone has relied on Denver’s offense to carry them throughout this season. Fortunately, it’s largely paid off for him, because he has so many different options to roll with. The Nuggets have six players who average double-figures, a stat which harks back to the days of the Beautiful Game Spurs. Along those lines, they rank in the upper echelon for most offensive categories, highlighted by being third in the league for assists.

There are stats across the board that show just how potent this Denver offense is. The craziest one of all: the Nuggets have scored under 100 points in 15 of their 58 games. The number of times they’ve scored 110 or more: 24. This includes a November 17 game against the Pelicans where Denver put up 146 points in regulation.

Of course, there’s a reason why the Nuggets are only six games over 0.500 despite having such a stellar offense.

Denver’s defense is bad. Really bad. Remember that “craziest stat of all” from just a few sentences ago? Well, the Nuggets have also allowed fewer than 100 points in only 15 games, and greater than or equal to 110 in 26. Yikes.

Just as you could name about any offensive stat and find that the Nuggets excel at it, the exact opposite can be said for the defense. They seldom force turnovers (23rd in the league) or block shots (17th). They hardly even contest shots at all – Denver’s opponents hit 47.9% of their shots, which is good for worst in the NBA by a decent margin.

Denver Stiffs has a good in-depth analysis of their defensive issues. A lot of their issues boil down to the fact that no one can contain guards and wings on the perimeter. It certainly doesn’t help that human turnstile Nikola Jokic is their second line of defense.

Denver fans can seek solace in the fact that their best defender, Paul Millsap, has missed 42 games this season with a torn ligament in his wrist that is expected to fully recover by mid-March. While cautioning small sample size, I think it should be noted that the Nuggets are 4.4 points better defensively with Millsap on the floor. This is to say that Denver perfected their offense; if they can find ways to string a few stops together consistently, the rest of the league better put them on notice.

Matchup to watch: LaMarcus Aldridge vs. Denver. The Spurs have played the Nuggets three times thus far this season. In the first game, Aldridge tallied 15 and 6 in a 32-point blowout victory. The second time around he put up an absolute masterpiece with 30 points and 5 boards as the Spurs eked out a 106-104 win. The final game, he didn’t play and the Spurs narrowly lost. LMA has been a, if not the, reason the Spurs have maintained the three seed in the Western Conference. His return tonight will likely be the panacea for an otherwise anemic offense, especially against a team that has had such a hard time matching up with him in the past.