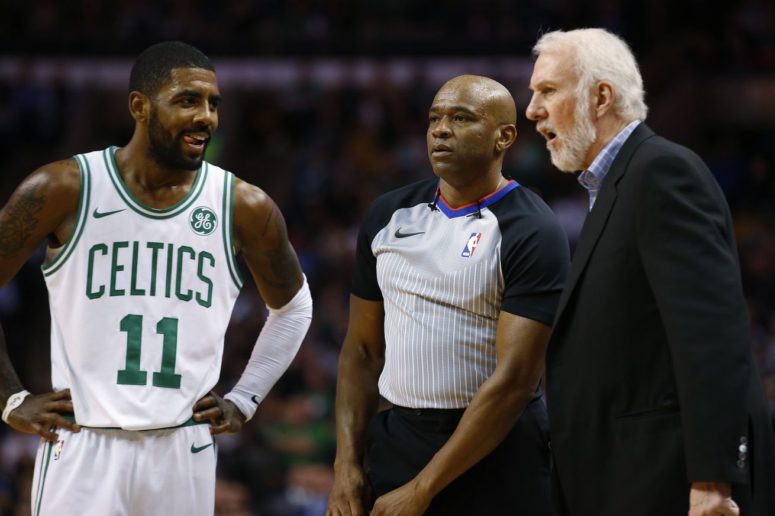 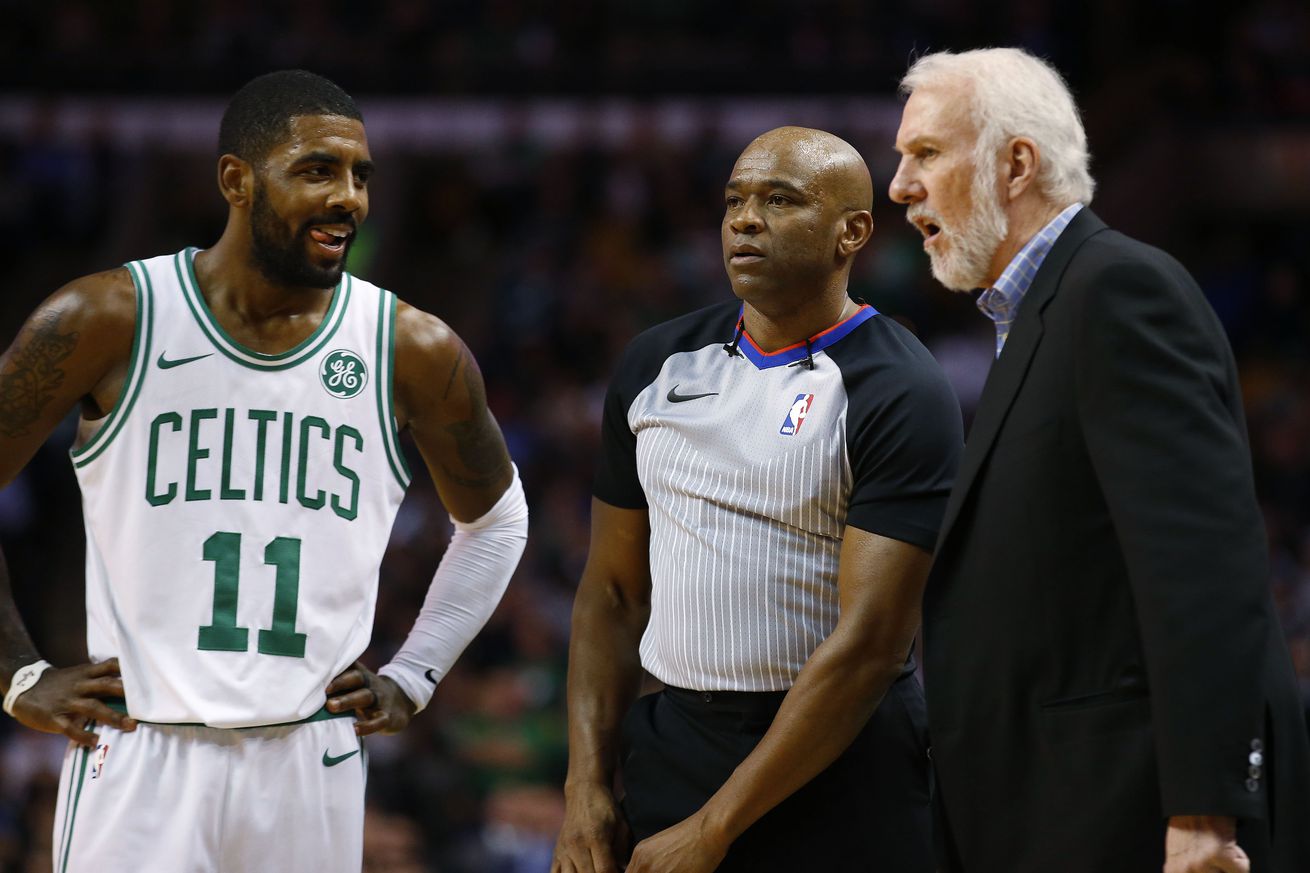 The San Antonio Spurs, winners of eight of their last 10 games, close out their three game home stand with the East leading Boston Celtics on Friday night at the AT&T Center. The Spurs are seeking revenge after dropping the first meeting of the season in Boston on October 30th. Can they hand the Celtics just their fifth loss of the campaign in the rematch?

The Boston Celtics’ balanced scoring attack runs through Kyrie Irving. In his first season with Boston, the perennial all-star is playing at an MVP level in the absence of running mate Gordon Hayward. Irving is averaging 23.5 points, 5.0 assists, and 3.1 rebounds in 31.8 minutes per game for the Celtics on the season. He is shooting a robust 49% from the floor overall, including a 54.5% mark from two. He has been getting to the rim with ease, and is a match-up nightmare for opposing point guards night-in and night-out.

Irving is a special scorer and play-maker and will get his no matter who is guarding him. The key for the Spurs will be in making Irving as uncomfortable as possible, because when he gets into a rhythm, he produces offense for himself and others, making the Celtics very difficult to stop

Expect the Spurs to throw a variety of guards at Irving, including double-teams to force him to give up the ball. It is not expected that Kawhi Leonard will make his return on Friday, so it will likely be a team effort to slow Irving down.

When the Spurs aren’t chasing down Kyire Irving all over court, they will need to be alert to Al Horford’s whereabouts when the Celtics are running their half-court sets. The Celtics love to use Horford on the high-ball screen and run a combination of Kyrie, Jayson Tatum, and Jaylen Brown off picks set by Horford at the top of the circle. Horford is effective both rolling to the hoop and in the mid-range game, but has also been shooting the ball well from three, connecting on 45.6% of his attempts this season.

The Celtics enter play as one of the league’s top defenses, but if there is a weakness in the unit, it is in the post, where the team lacks the size to defend bigger post players. LaMarcus Aldridge has been fantastic for the Spurs all year long, and getting him involved early and often will be key in setting the offense tone against the stout Celtics unit. If Aldridge is able to get into a rhythm in the early going, the Spurs may be able to use his skill-set throughout the game to not only set the tone offensively, but also expose a major weakness in an otherwise stellar defense for the Celtics.

The Spurs have suffered some hiccups when it comes to their offense in the course of 25 games. But the Spurs have improved from averaging 98.1 points per game in October to currently averaging 100.6 PPG. Other offensive stats have showed improvement as well – the overall field goal percentage is up from 42.8% to 45.2% and the three point percentage also increased from 33.1% to 36.3%. Bryn Forbes has been earning his time on the court with improved defense, but on Wednesday night against the Miami Heat, it was his three point prowess that made an impact.

The rumor mill concerning Kawhi Leonard’s injury and much anticipated return has been in overdrive since his recent statement to the press.

The rest of the NBA when they find out Kawhi Leonard is already doing 5-on-5 work and contact drills… pic.twitter.com/hZu4baqVzT

Although he did not elaborate, a return to game action is expected by the end of this week. A source with knowledge of the situation said the coaching staff discussed the possibility of bringing him back as early as Monday’s game against the Pistons, but decided that waiting a few extra days wouldn’t hurt.

Here’s hoping that the Klaw is ready to join the crew and begin his re-integration with a team that has done so well in his absence. If he isn’t, the Spurs will just keep pounding that rock.