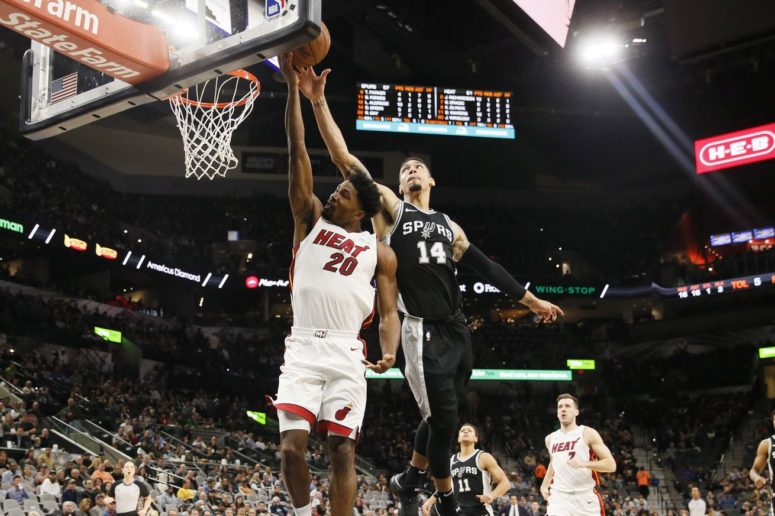 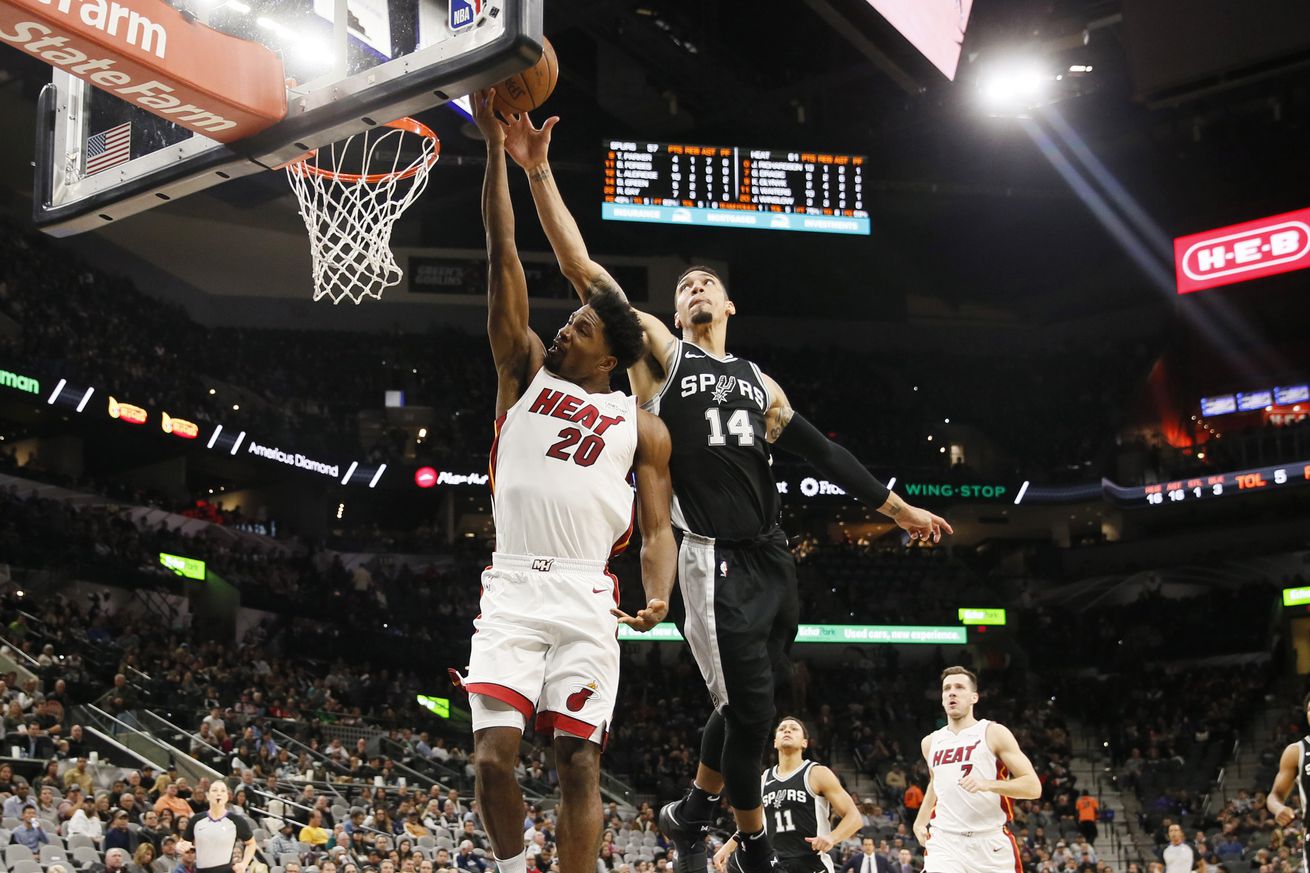 Danny Green takes the lead in blocks this week

Wednesday night, Danny Green had three blocks against the Miami Heat. This gives Green a season total of 30 and pushed him past Victor Oladipo for the highest total blocks for a wing.

Two nights earlier Danny had a crunch time block on Andre Drummond that was more of a statement than a nifty defensive play. Green’s ability to disrupt a play turns defense into offense.

While Danny’s defensive prowess is well chronicled, it might be more intriguing that Kyle Anderson is currently tied for 4th with 21 blocks this season. Even with Kawhi Leonard sidelined this season, the Spurs defense is a force.

Can you imagine the defensive stranglehold that awaits the NBA when The Klaw and the former Tar Heel once again combine forces?

Welcome to The Thread- have fun, play nice, and comment often.