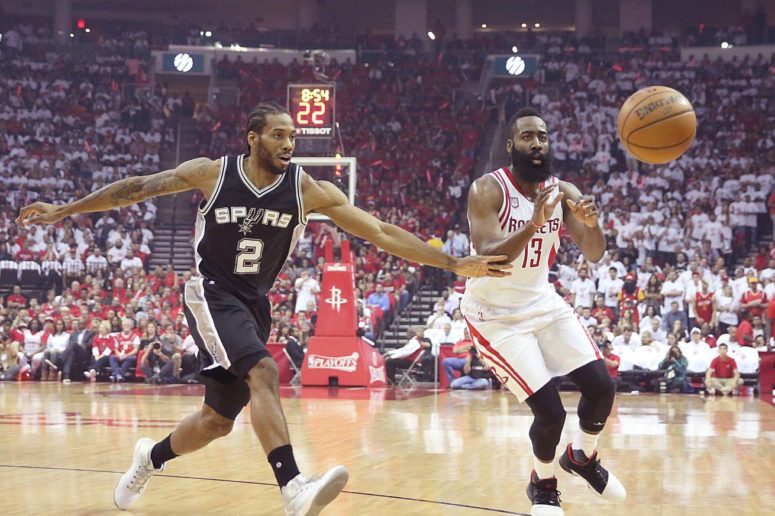 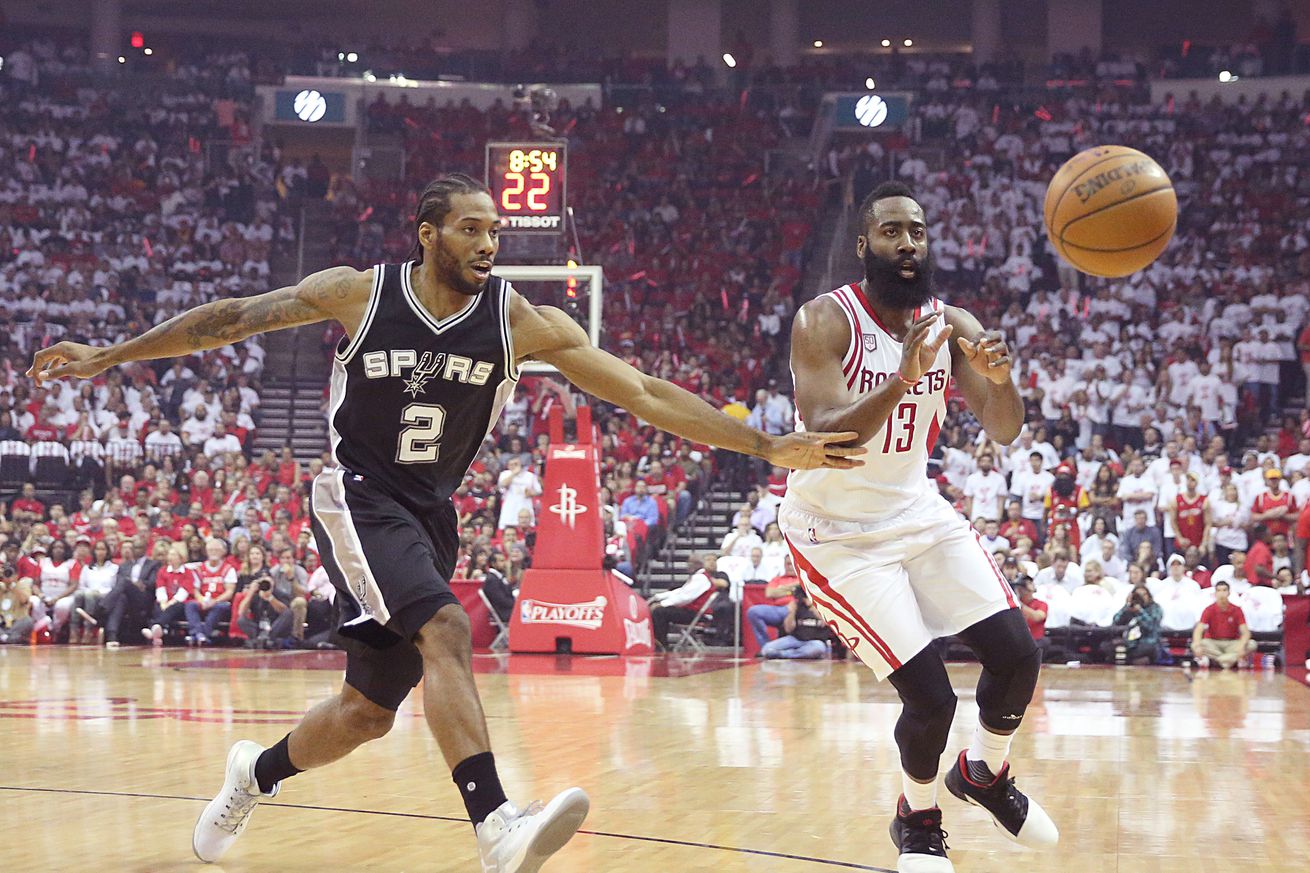 The Spurs can take a 3-1 series edge with another win in Houston tonight.

In a postseason filled with twists and ill turns, there have been a few constants for the Spurs: Kawhi Leonard’s excellence and Gregg Popovich’s remarkable malleability. Predicting much else feels like a shot in the dark, but we’ll try.

One trend the Spurs will likely hope to continue is staying big (most of the time) and controlling the tempo, which has limited Houston’s transition opportunities and allowed them to make use of their size advantage for most of Game 3. The Rockets are at their best when they’re creating mayhem in the open floor, so the more that tonight’s game is played in the half-court, the better.

Leonard’s game continues to evolve before our eyes—-both out of design and necessity. He was already getting the ball in his hands more before Tony Parker went down, but the notion of Point Kawhi (who’s averaging seven assists per game in this series) is likely something we can get accustomed to from here on out.

The rest will depend on how the Rockets come out, both in their energy and gameplan. Tying the series at 2-2 could be as simple as “Houston starts hitting its shots again”, but I would expect Mike D’Antoni to be a bit more proactive with tonight being something of a must-win for his team.

How will D’Antoni adjust to the Spurs’ pick-and-roll defense?

It feels weird saying that the Spurs have found a recipe for success against James Harden given he dropped 43 in Game 3, but that sort of feels like where we’re at. For now.

In pick-and-roll situations, the Spurs’ help defenders are staying closer to their guys on the perimeter while the bigs hang way back under the basket, daring Harden to come at them and settle for contested two-point buckets. He’s good enough to make some, but the strategy turns him from killer facilitator into one-dimensional scorer (and makes the best use of guys like Aldridge and Gasol). Pop will take that.

An aggressive LaMarcus is a good LaMarcus

The Spurs were fine with Tony Parker as their second option, but they may be even better with this version of LaMarcus Aldridge complementing Leonard on the inside. It shouldn’t have to take an injury to Parker for Aldridge to step up, but we can’t complain when he channels the type of player he was at the beginning of last year’s series against OKC.

And if the Mike D’Antoni’s going to continue putting undersized defenders on him, whether it’s Harden or Trevor Ariza, we could see another good game from LMA tonight.

More trial by fire for the rookie

Word is Pop is ready to roll when the rookie in the starting five once again. In the long run, this will pay dividends for the young guy’s development; in the short run, it may not be so bad either.

Dejounte Murray played 14 minutes in Game 3 and had a positive net rating. He certainly looked the part of a rookie at times, but it helps that Pop is using Kawhi Leonard as more of a point forward now.

Murray’s potential is undeniable. Even when he’s botching defensive rotations or dribbling the ball distressingly high near the unblinking eyes of Patrick Beverley, or when the only thing Pop can do on the sidelines is cast a rare, encouraging smile the 20-year-old’s way, you can see the broad strokes of a special type of player. His length already makes him an asset on the defensive end and on the glass, and he’ll push the ball in the open floor as much as his coach wants him to.