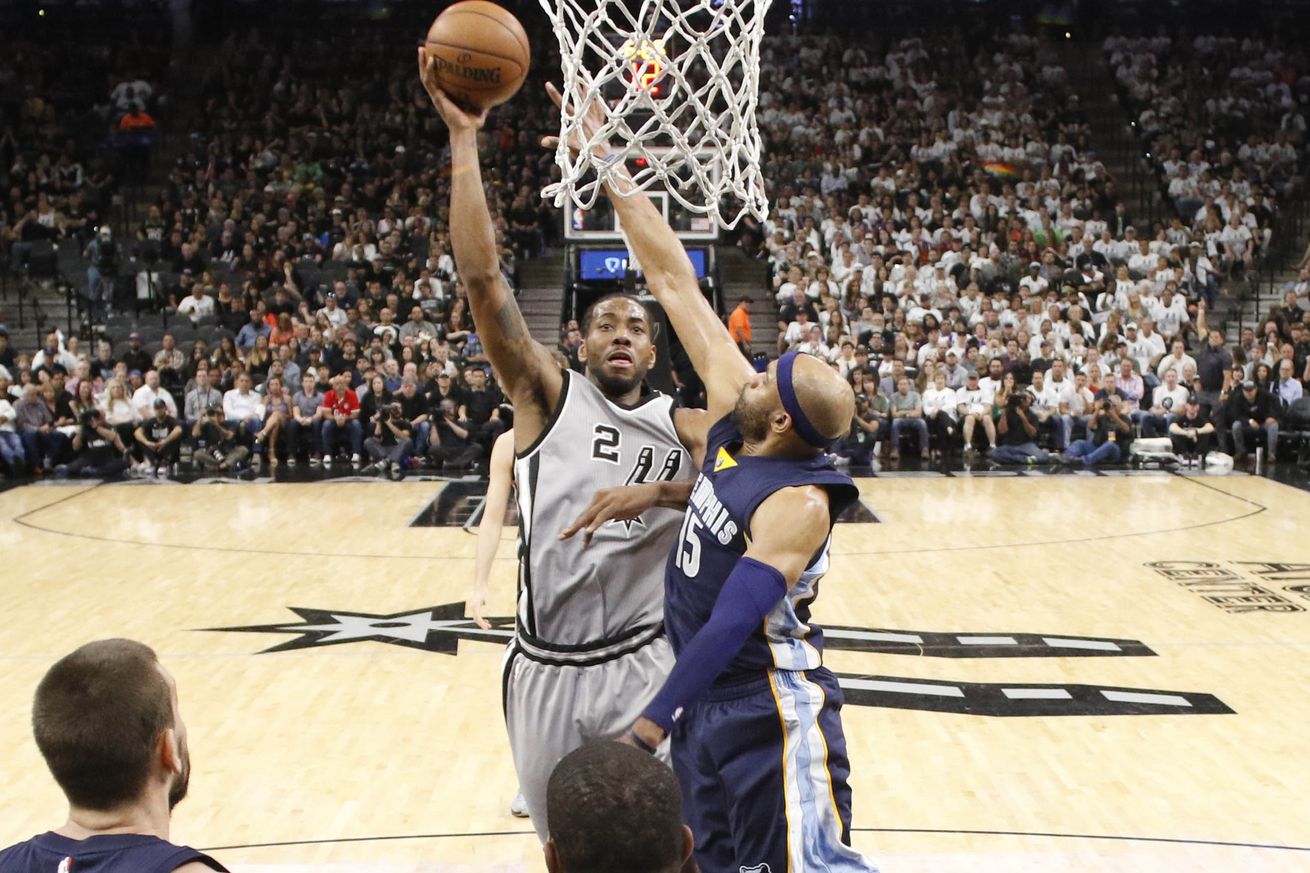 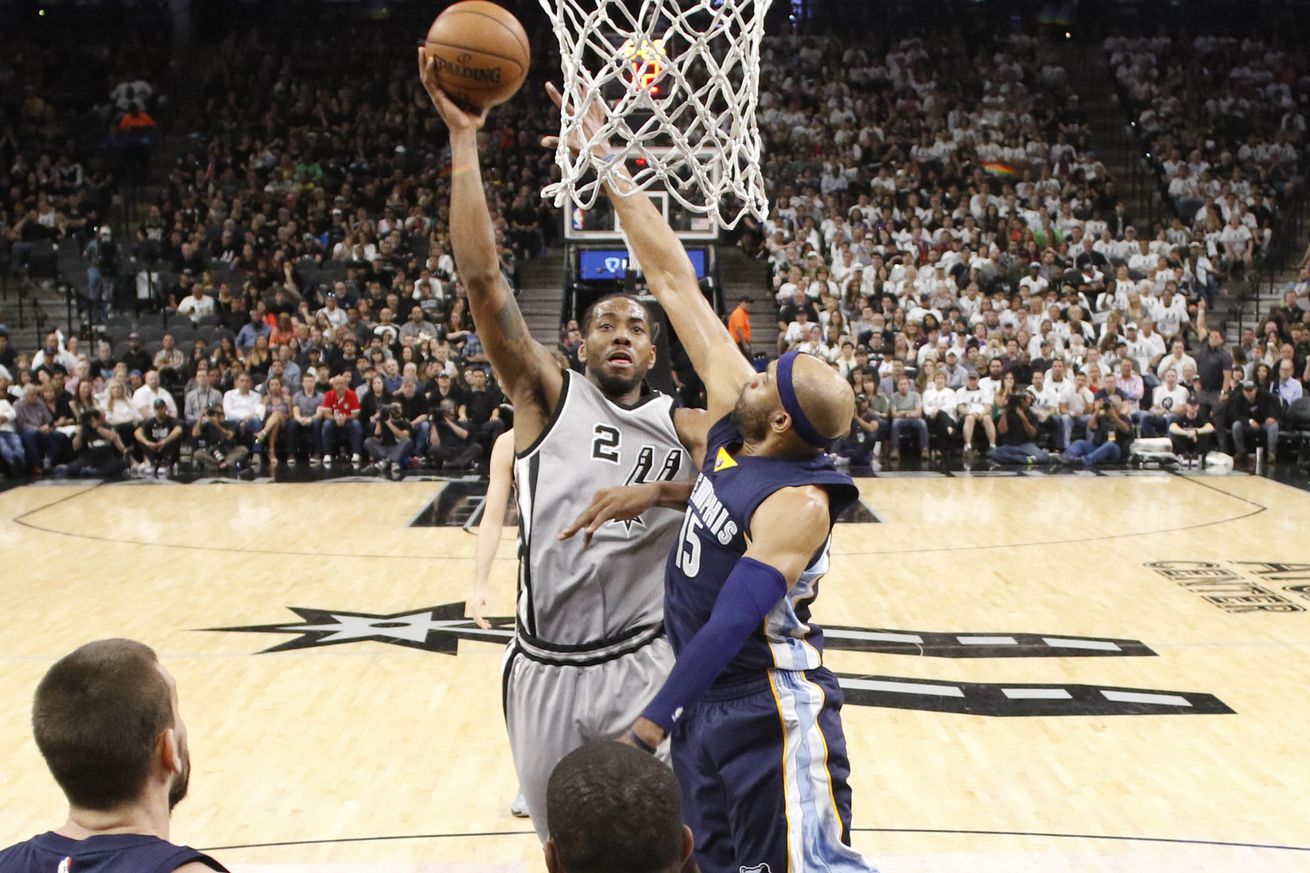 A 3-0 lead is all the data the Spurs care about as the series shifts to Memphis.

Immediately following Game 2, an embittered Dave Fizdale sat before members of the media and, for 80 inspired seconds, proceeded to rail against the game’s foul disparity and the lack of respect he felt his team received. The Internet couldn’t have fallen in love with his pithy epilogue any more had he declared then and there that he was The Batman.

Never mind that Memphis had the NBA’s worst opponent free-throw rate in the regular season, or that his comparison of “the league’s most rugged guy” Zach Randolph and Kawhi Leonard doesn’t really carry weight, since Leonard averaged nearly three times as many free throw attempts in 2016-17 — Fizdale didn’t like that his team’s attempts around the basket had earned such few whistles and he riffed on it in a very memorable, meme-able way.

And, who knows, it may end up being $30,000 well spent. For the Grizzlies, the rant serves as both a rallying cry and a series reset as they look to shift momentum at home in Game 3. Either way, no one is expecting them to let up tonight. They’re due to get one game this series in which Mike Conley and Marc Gasol both get hot and, if that happens, anything is possible.

Tony Allen’s absence was always going to impact the way the Grizzlies hoped to contain Kawhi Leonard. The Klaw’s rise to hyper-efficient scorer necessitated a defender with the physical tools to stay with him and the pathological drive to do little else for an entire series.

With all due respect to Vince Carter, James Ennis and Wayne Selden, Memphis has no answer for Leonard. Worse yet, they don’t have a wing scorer on the other end to make Leonard work on defense. That’s given Pop the additional freedom to let him handle the ball more than ever before in his career.

Here’s a look at Leonard’s average time of possession over time, courtesy of NBA.com/Stats:

There are a few interesting things here. One: Tony Parker’s handling the ball at easily a career-low. Part of that is because he’s playing less minutes, but he’s also bringing the ball up the floor much less, duties that Leonard has taken on against Memphis.

Two: Leonard’s numbers have steadily risen through each year, with the postseason being something of an indicator each time. That suggests what we’re seeing now is a taste of things to come as the 25-year-old’s game continues to evolve.

The most important part for now is that this is working splendidly. Kawhi has scored 69 points on just 28 field-goal attempts through two games. The Grizzlies would probably like to send more double teams his way, but the Spurs have so many other threats, and he’s only getting better at reading defenses and finding teammates. We’ll see what adjustments Fizdale makes tonight.

Who benefits most from a slower game?

San Antonio and Memphis ranked 27th and 28th in pace, respectively, in the regular season, so you had the feeling this series would be played in the half court. Even so, Games 1 and 2 have been positively glacial. The Jazz, the NBA’s 30th ranked team, averaged 93.62 possessions per game — this series is currently averaging just over 88.

The Spurs are probably the bigger beneficiaries of this given their better three-point shooting, stouter defense and greater number of playmakers, but Memphis may not have much of a choice. Gasol is no force in the open floor, and two of their key rotation players (Vince Carter and Randolph) are 40 and 35 years-old.

Parker and Green continuing to make a difference

Tony is knocking down corner threes and making things happen in the lane, averaging 16.5 points per game so far this series. Danny knocked down four-of-five from deep in Game 2, to go with his disruptive defense. Both represent X-factors that have been key in the Spurs’ two wins.