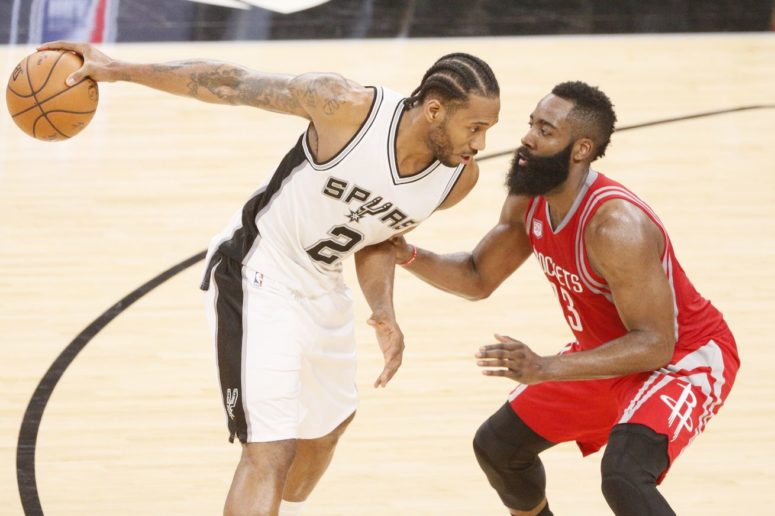 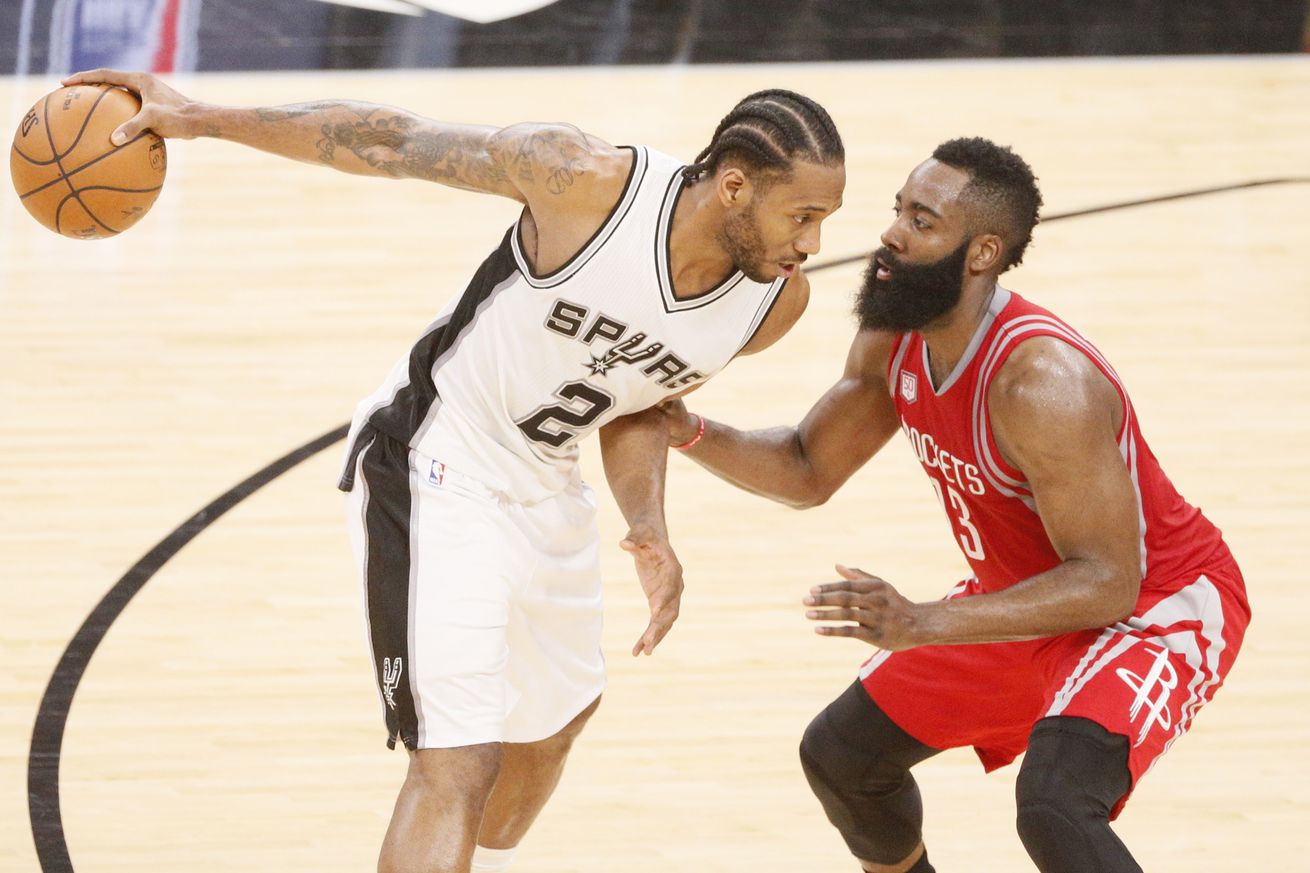 The Spurs and Rockets renew the long-dormant I-10 Rivalry, with a matchup poised to be as compelling as any we’ll see in these playoffs.

The prize for dispensing of the Grizzlies is a journey back to the 90s and up the postseason ladder to face Houston, interstate rivals of yesteryear.

The Rockets are a multi-armed offensive monster, built to force opponents into the worst kind of Choose-Your-Own-Adventure scenario. With every James Harden pick-and-roll or hesitation dribble, defenses are faced with a medley of unsavory choices: fight through a screen and you could end up goaded into a three-point shooting foul or watch helplessly as The Bearded One volleys a lob to a rolling big man; give him space and forfeit an open jumper or allow him to gain steam on the way to the basket.

And yet, the Spurs did take three out of four matchups in the regular season. Yes, they were all nail-biters (no game was decided by more than six points), but they’re still slightly more relevant to tonight’s outcome than the 90s Spurs-Rockets highlights we’ll probably see plenty of. As is the 8-16 postseason record Mike D’Antoni has versus Gregg Popovich from his time in Phoenix and LA.

The reality is that a lot of what we know so far goes out the window in a seven-game series. Game 1s are as compelling because of their jittery, manic energy as they are for the adjustments they force coaches to make. The hope is that, as with the Grizzlies series, it’s San Antonio that forces its opponent’s hand by drawing first blood once again.

Can the Rockets contain Kawhi?

As much as people fret about San Antonio containing Houston, the same question needs to be asked of the league’s 18th-ranked defense mustering stops against the Spurs, who come into this series with the postseason’s highest offensive rating — 116.8.

It’s also the Spurs, not the Rockets, who have the postseason’s top-performing offensive player thus far. Kawhi Leonard’s first six games have him in a historical class all his own. His counting stats are roughly on par with James Harden’s right now, but they’re coming at a much higher efficiency. Houston will first rest their hopes on Trevor Ariza to disrupt Leonard’s flow, but it’ll take a similar team effort from what we saw from the Grizzlies in Game 4 to make a difference. D’Antoni deserves credit for improving Houston’s defense this season, and scheming for this series will be his first big test.

The David Lee experiment is working, so far

One of the big surprises of the playoffs thus far is Gregg Popovich riding the 34-year-old as his starting center, letting former starter Dewayne Dedmon slide all the way to the end of the rotation. Lee seemed to improve with each game against Memphis, and the Rockets would seemingly present a better matchup for him after banging with Zach Randolph every night. The question is, what matchup works best for him?

In the regular season, LaMarcus Aldridge was tasked with chasing Ryan Anderson around the three-point line most nights. That made more sense with Pau Gasol or Dedmon alongside him, leaving them closer to the basket where they were more comfortable. Lee may be better suited for that, allowing Aldridge to protect the rim and save his legs (a bit) for the other end of the floor.

There are other doubts further down the frontcourt rotation. Gasol had a negative net rating against Houston in the regular season, but still offers tremendous spacing on offense. Davis Bertans barely played against Houston but got a lot of run in the Memphis series — Pop’s not one to roll with a rookie deep in the playoffs, but (as with Lee) the Rockets would seem a much better chance to showcase Bertans’ skills.

Oh, and the threes

The Rockets shot an uncharacteristically low three-point percentage (29.2) against the Spurs in the regular season. In the playoffs, they’re currently shooting 28.4%. Houston’s obviously hoping that figure goes up, and it’s hard to imagine it not being among the most important in deciding each of these games.