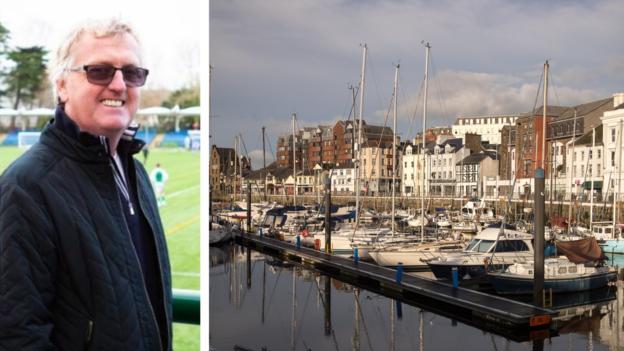 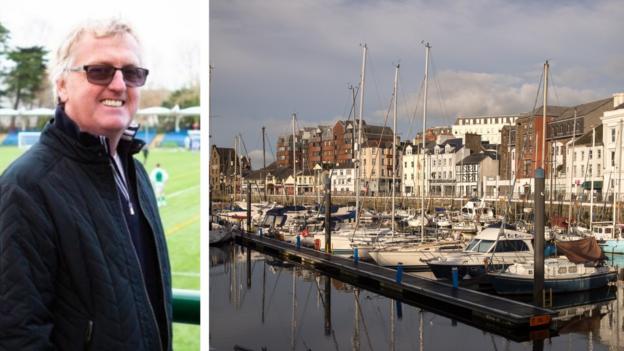 This was supposed to be a big year for football on the Isle of Man.

Having applied to join the North West Counties League, where Fleetwood Town were champions 15 years ago on their climb to League One, FC Isle of Man were hoping to compete in English football’s non-league system in 2020-21.

The community club, based on the island in the Irish Sea famous for hosting the annual TT international motorcycling event, was founded in 2019 with big ambitions.

Paul Jones, sporting director of FC Isle of Man, said the plan was to be in League Two “within 10 to 15 years”.

Home games would be played at the Bowl, a 3,000-capacity multi-use venue in Douglas, the island’s capital, where Arsenal’s former Celtic defender Kieran Tierney was born.

But on 20 March came the news the Isle of Man had recorded its first cases of coronavirus. The Manx government closed its borders to non-residents to help prevent the spread of the pandemic and, as of 27 April, 308 people on the island had tested positive for the virus and there had been 20 deaths.

So what now for the new Manx club in lockdown, yet to play a game and desperate to make its mark on football in England?

Before lockdown, FC Isle of Man were on track to enter the 10th tier of English football in August after the North West Counties League recommended the Football Association accept their application providing appropriate criteria is met.

One condition is that they pay the travel costs and overnight accommodation of all visiting teams and match officials – like Channel Islands clubs Guernsey (eighth tier) and Jersey Bulls (10th tier) have to do.

Home games in Douglas would kick off on Saturday evenings to minimise impact on the two-tier Isle of Man League, which consists of 26 clubs. FC Isle of Man chairman Gary Weightman predicted lots of interest in the new club from football fans on the island.

“Although there are a lot of clubs in Douglas, others on the island – such as Rushen United, Peel and Ramsey – are a big part of their communities,” he said. “When we hosted Jersey in the FA Inter-League Cup final a few years ago we had 3,000 at the Bowl. We hope to get 1,100-1,500 people watching us initially.”

With all football in England below the three divisions that make up the National League ending immediately on 26 March and all results expunged, and with no promotion or relegation taking place, FC Isle of Man have been left not knowing what the immediate future holds.

“It doesn’t seem likely that the non-league season will start in August,” added Jones.

“Our island is locked down. There are bigger issues that need to be solved before the football team can travel on and off the island every week.”

‘It makes it personal when someone you know dies’

Life on the Isle of Man, like so many other places around the world, has completely changed over the past few weeks.

“We’re pretty much at a standstill,” added Weightman, a surveyor.

“There are 83,000 of us scattered around the island and the other day two people died with coronavirus. That’s a big thing on an island of this size. If you don’t know the person then you will probably know the face.

“One of the people who died was a police officer who I knew when I was involved in the police football team. It does make it personal. He always said ‘hello’ when we passed one another on the street.”

According to the Isle of Man Today website, visitor numbers increased by 0.8% in 2018 to 308,263, while more than 46,000 travelled to the island while the 2019 TT races were taking place. Jones, who was born on the island, said the community feel safer now the borders are closed to non-residents.

“We’re a very proud and close community that tends to look out for our own but that has been amplified in recent weeks,” he added. “We think we might get through this a bit quicker than some other places.”

Chris Bass is the first manager of FC Isle of Man, which is owned by Sporting Club Isle of Man and has the support of the Manx government and local businesses.

“I have a small landscaping and construction company,” said Bass. “Yes, I’m suffering financially. I can’t work and I haven’t had any income for three weeks.”

When restrictions are lifted and life returns to some sort of normality, Jones is confident FC Isle of Man will be the place to showcase the best of the island’s footballing talent.

In recent years, the island has produced countless individuals who have competed at the top level of sport. Mark Cavendish is a veteran of 30 stage wins at the Tour de France, while Peter Kennaugh, another cyclist, was the first Manxman in 100 years to win Olympic gold as part of the Great Britain men’s pursuit team in 2012.

Shooter Tim Kneale is a Commonwealth silver medallist, while in Pyeongchang in 2018 Zoe Gillings-Brier became the first British snowboarder to compete at four Winter Olympics, reaching the quarter-finals.

Jones wants FC Isle of Man to contribute to the island’s sporting success.

The team will initially be made up of players living on the island and recruitment will officially start in the summer.

By then a membership scheme aimed at raising funds for the club will have been launched. The annual £20 subscription will include the opportunity to access a live stream of all FC Isle of Man home games.

Jones hopes it will appeal to people from the island who are now living around the world and those who have a “soft spot” for the Isle of Man.

Bass believes there is talent on the island capable of playing in the professional game. In the past, promising Manx footballers have left to play in America.

“I’m hoping the launch of FC Isle of Man will stop players believing the United States is the be-all and end-all,” added Bass.

How realistic is the new club’s target of playing in the EFL in 15 years’ time?

“People will look at it and go ‘it’s not going to happen, that’s ridiculous’,” added Jones.

“But if we can get to a point where FC Isle of Man showcases our island, pulls in more visitors, attracts more people to live here and more businesses to relocate, it will preserve our island for many generations.”