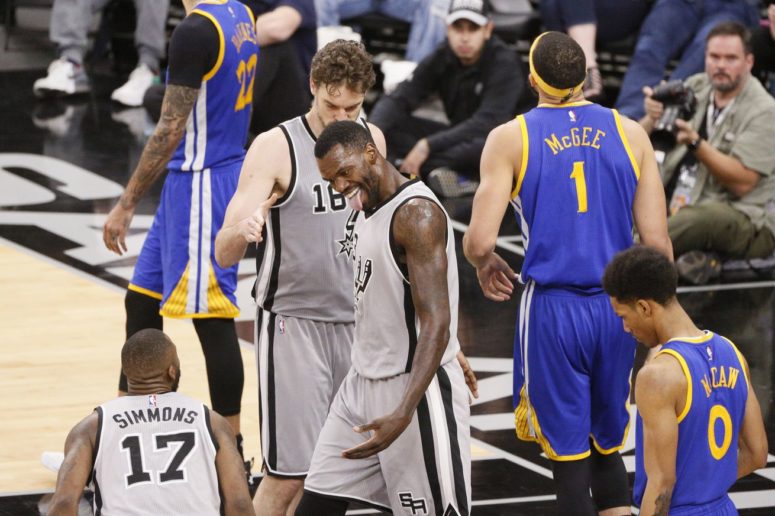 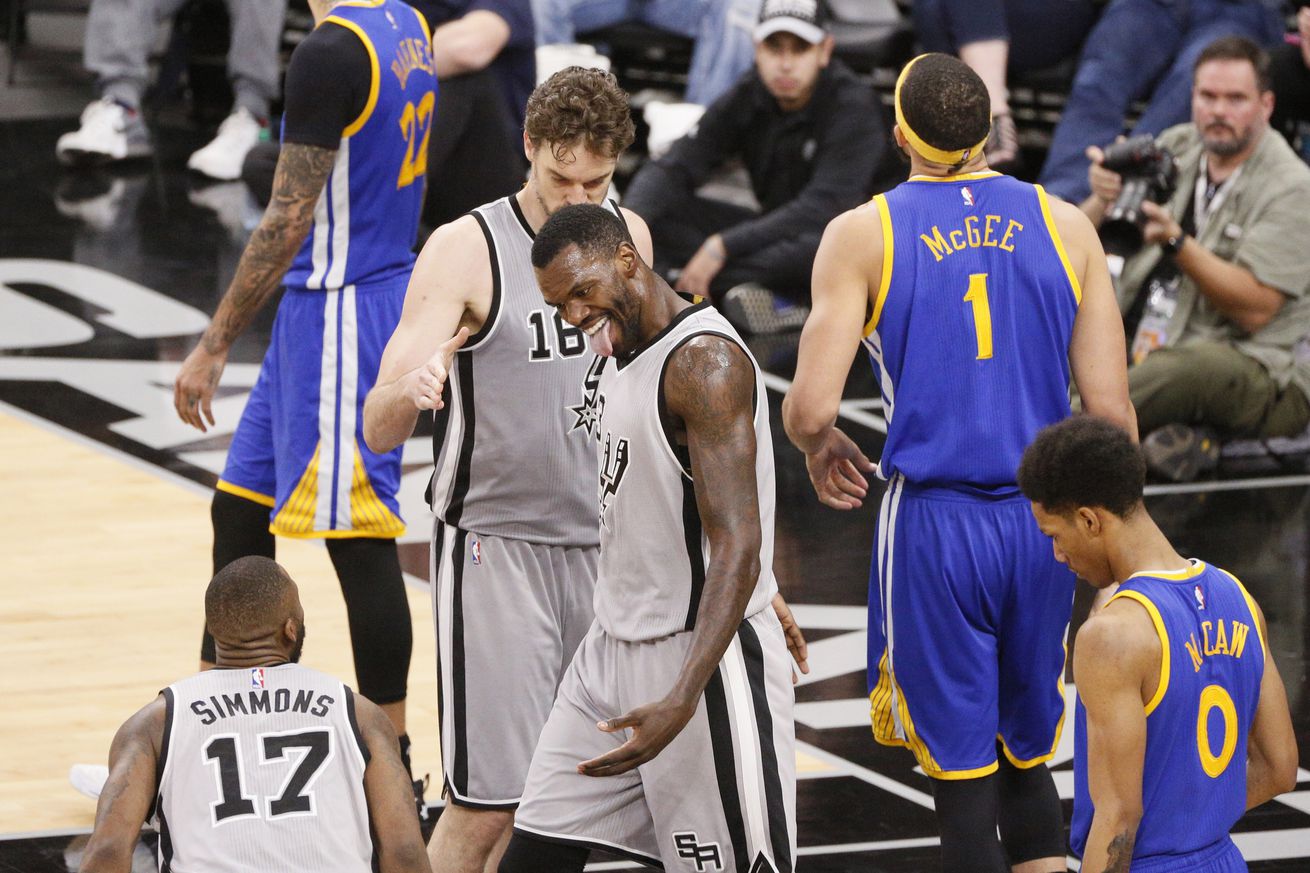 Dedmon quickly proved to be a smart signing, even if it might just be for just a single season.

Dewayne Dedmon came to San Antonio as an undrafted 27-year-old journeyman who’d spent his first four seasons on four different teams, including his last two waning in Orlando’s crowded, Frankenstein frontcourt. In only one of those seasons had he averaged less than six fouls per 36 minutes.

And yet, even in the preseason, many of us were high on what the Spurs could do with a hyper-athletic big with defensive chops. He had the ability to play above-the-rim on both ends and the motor to get from one baseline to another in a hurry — qualities not seen in a San Antonio big for some time.

It didn’t take long for Dedmon to tease that potential, as he went for 12, 7 and 4 in the second game of the season, a win at Sacramento.

As Gregg Popovich tried to make sense of his new roster, Dedmon kept showing glimpses with whatever minutes he got. A knee sprain in November pushed back early hopes for him to seize a bigger role, but it didn’t stop rose-tinted articles like this one to be written, extolling how important he could be for the team to eventually realize its potential.

In the meantime, the team hit new heights of a more literal nature. Dedmon’s explosiveness helped open up a more vertical attack for the Spurs, and alley oops actually became a thing in San Antonio, both in the half court and open floor.

An injury to Pau Gasol may not have been necessary for Dedmon to get his opportunity, but that’s what happened in mid-January. After rolling out David Lee for the first five games, Pop inserted Dedmon into the starting lineup against Oklahoma City on January 31st and stuck with that five-man unit until the end of the year.

With Dedmon as a starter, the Spurs defense never looked better, putting up a 96.3 defensive rating in February. The offense occasionally sputtered without Gasol, but Pop remained happy enough with the trade-off to keep things as they were even once the Spaniard came back.

But while Dedmon’s rise caught few by surprise, his steady slide out of the rotation is harder to reconcile. His minutes per game rose every month, from November (12.7) through February (24.7), only to drop to 16.9 in March. Maybe it was the need to have another creator on the floor, his still-high foul rate, or some unspoken struggles with picking up certain aspects of the system — either way, he was still starting games, but rarely finishing them.

By the playoffs, Dedmon didn’t just appear to be in the doghouse; he’d been sent to a Popovichian version of the Black Lodge from Twin Peaks. He played few meaningful minutes through the first three games of the Memphis series, and drew Pop’s ire one last time in Game 3 when he left Marc Gasol open on multiple pick-and-pops. He would not start another game after that.

Given the awkward end to his tenure and the team’s cap situation, Dedmon’s likely played his last game in SA. That doesn’t make the season anything less than a success — for either him or the team. The Spurs bolstered their frontcourt, cheaply and on the fly, and Dedmon improved his value and can now, hopefully, net a big contract. It’s just a matter of what team will be willing to outbid Stan Van Gundy, really.