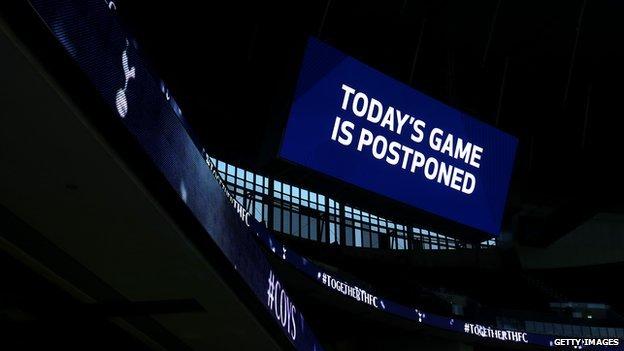 The Premier League says 40 players and club staff have tested positive for coronavirus over the past week – more than double the previous weekly high.

After previously testing once a week, the Premier League conducted 2,295 tests across two rounds over the past week.

The previous high was 18 positive results from 21 to 27 December.

“With low numbers of positive tests across the overwhelming majority of clubs, the league continues to have confidence in its Covid-19 protocols, fully backed by the government, to enable fixtures to be played as scheduled,” said the Premier League.

The latest results mark an increase in the rate of positive tests. In the latest round, 1.74% of those tested were found to be positive.

Three matches in the English top flight were called off last week because of coronavirus outbreaks at individual clubs.

Manchester City’s trip to Everton on 28 December was called off after full-back Kyle Walker and striker Gabriel Jesus tested positive.

Two Fulham away matches were also postponed – at Tottenham on 30 December and Burnley on 3 January.

Fulham said the matches were cancelled after a “significant number” of positive cases at the club.