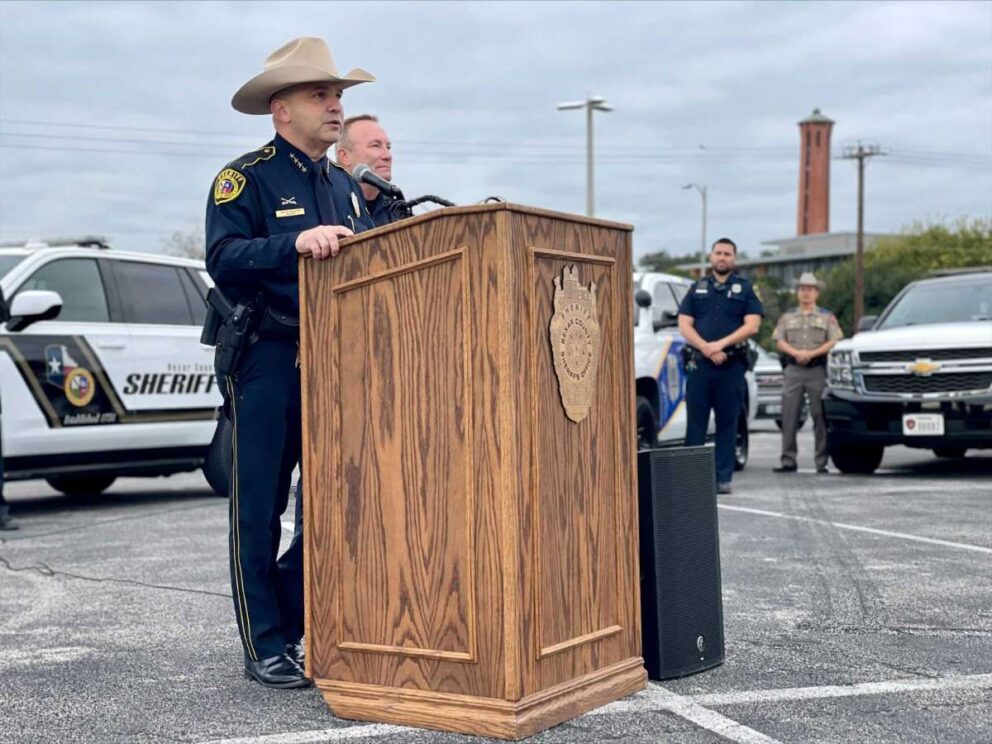 Vehicle thefts and car break-ins are on the rise throughout San Antonio, and local law enforcement officials are encouraging residents to be vigilant, especially as the holiday shopping season ramps up.

Thefts of vehicles in city limits rose 17 percent and car break-ins increased 6 percent during the first 10 months of the year compared to the same period last year, according to data from the San Antonio Police Department.

While car thefts and break-ins occur throughout the city, they are most prevalent at malls, entertainment venues and hotels near shopping centers, the data shows. The top spot this year for car burglaries: The Shops at La Cantera.

“Anywhere there’s a concentration of vehicles unattended, thieves will be attracted to those areas,” said Sgt. Washington Moscoso, a former vehicle crimes detective who works in San Antonio Fear Free Environment, or SAFFE, Unit. “Theft is a crime of opportunity.”

Law enforcement officials say it’s normal for crime to fluctuate from year to year — sometimes for no apparent reason. Nevertheless, many have credited the recent uptick in car burglaries and thefts to changes in shopping patterns as worries about the COVID-19 pandemic wane.

On ExpressNews.com: Rise in homicides puts San Antonio on track for one of its deadliest years in decades

In other words: More people are out shopping, and car thieves are taking advantage of that.

“During the holidays, absolutely it goes up,” Bexar County Sheriff Javier Salazar said. “I think it’s a given that we’re going to see this crime go up, but that’s why it’s incumbent on us to work together to be organized about it.”

How to prevent vehicle break-ins and thefts:

Close all windows and lock doors.

Remove keys from the vehicle.

Don’t leave valuables in the car, and if you do, keep them out of sight.

Park in well-lit areas, when possible.

Be alert when walking to your car. Don’t linger for long periods of time.

Salazar announced Wednesday that the Bexar County Sheriff’s Office is partnering with about seven local law enforcement agencies — including the SAPD — to increase patrols near shopping centers and set up sting operations to catch thieves.

But Salazar said it’s also incumbent on shoppers to be vigilant. He encouraged shoppers not to leave valuables in their vehicles — and if they do, to keep them out of sight.

“Be aware of your surroundings as you exit a store,” Salazar said. “Don’t spend too much time in your car going over receipts or checking sizes on gifts that you bought. If you’re sitting in a car in a parking lot, in my opinion, you’re a sitting duck.”

‘Not their first time’

Vehicle thefts are on the rise in every area of the city, though they have been concentrated on the North, West and Northwest Sides, the data shows.

Vehicle break-ins, meanwhile, are on the rise in most parts of the city, according to the data. Only three areas – on the Central, East and South Sides – saw decreases in car break-ins during the first 10 months of the year.

Law enforcement officials said car break-ins are more common — there have been about 13,500 break-ins citywide this year, compared to 7,300 thefts — but they are harder to characterize. Some suspects have a history of burglary. Others don’t.

“Typically, it’s not their first time,” Salazar said. “We’ll find that they have a history of this kind of thing. They are creatures of habit.”

Car thieves, meanwhile, tend to be linked to larger groups of criminals that swap vehicle identification numbers and sell the vehicles to unsuspecting customers or drive the vehicles to Mexico, where they are used by cartels for drug and human trafficking. The latter is especially common with trucks and SUVs.

“If it’s a bigger truck that’s stolen, they are going straight to the border,” Salazar said. “That’s when we call up law enforcement partners and tell them to be on the lookout so we can set up an interdiction.”

A similar initiative, called Operation Grinch, launched in Live Oak in 2008 in an effort to deter criminals.

Every year, police officers from Live Oak, Selma and Universal City have apprehended The Grinch and thrown him behind bars to set an example to other criminals: Crime during the holiday shopping season does not pay.

They also set up patrols with uniformed and nonuniformed officers at shopping areas with lots of traffic, like The Forum shopping center in Selma and the IKEA in Live Oak.

“It brought down the crime rate substantially,” Pue said. “Some years, we’ve had absolutely zero car burglaries in the Forum shopping center.”